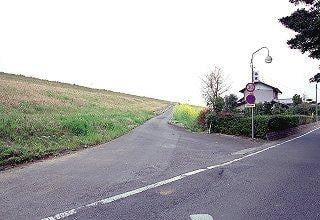 421 years ago, in the lead up to the Battle of Sekigahara, Marumo Kanetoshi fled from Mino's Fukuzuka Castle to Ogaki Castle. Fukuzuka Castle is said to have been located where several tributaries merged with the Ibigawa River. It was a strategically important site for the transportation of military supplies, and so its commander, Marumo Kanetoshi, was invited to join the Eastern cause, but instead, provided assistance to the Western Army. Approximately one month prior to the Battle of Sekigahara, Eastern allied Tokunaga Nagamasa and Ichihashi Nagakatsu advanced as far as the Ogura River, where they were confronted by Kanetoshi’s reinforcements. In the middle of the night, a unit of Eastern troops circumvented Kanetoshi’s forces, and set the area behind them ablaze. Believing they were caught in a pincer movement, Kanetoshi’s army retreated. Fukuzuka Castle fell the next day, and Kanetoshi fled to Ogaki Castle.

Fukuzuka Castle was destroyed after the battle. The only remaining artifact is a carved wooden block donated to the Fukuman-ji Temple in 1792 bearing an inscription stating that it came from the ruins of Fukuzuka. The castle ruins were completely lost during the modern-day Kiso Three River Construction project, when the river was widened, and flood barriers created.

A small marker stands on the remains of the castle.

Retrieved from "http://jcastle.info/smw2021/index.php?title=Mino_Fukuzuka_Castle&oldid=57119"
Category:
This page was last edited on 21 August 2022, at 11:02.
Content is available under Creative Commons Attribution-NonCommercial-ShareAlike unless otherwise noted.
About Jcastle.info
Contact Jcastle.info