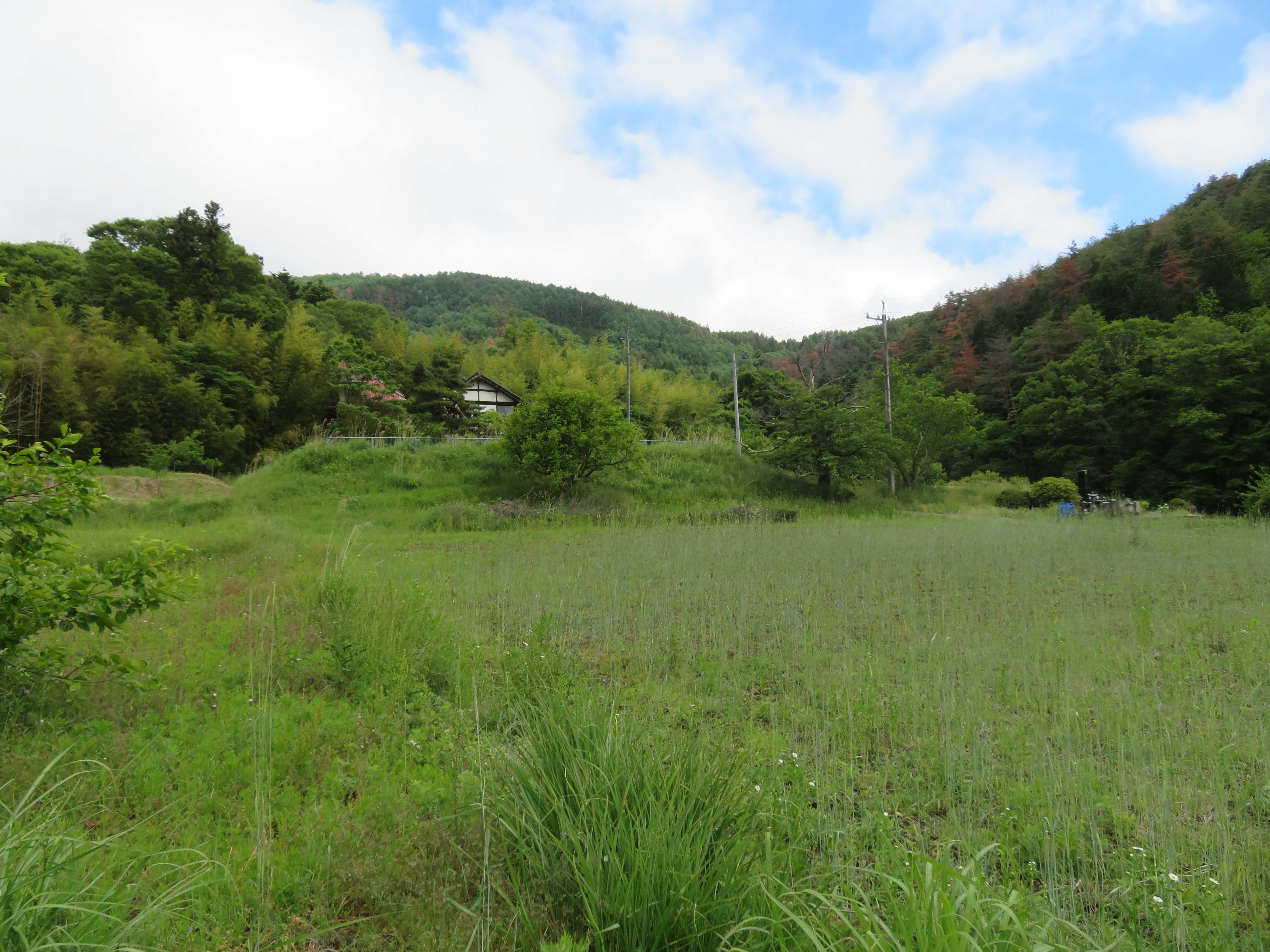 The Aoyagi-yakata was the fortified manor house of the Aoyagi Clan, and, later, the kyokan (residential area) attached to the mountaintop castle of Aoyagijō. Yakata / kyokan / yashiki, residential compounds where the clan leader lived, can often be found at the foot of mountains. The actual fortification atop of the mountain was not usually lived in, but used in times of conflict (in a Sengoku Period context the 'bukeyashiki' may refer to this kyokan arrangement). The Aoyagai-yakata at the foot of the Aoyagijō castle mount is now the site of a temple, but this in turn has also been abandoned and is now in a state of dilapidation. The temple, sitting on terraced slopes, contains a main hall with a thatched roof, now covered up with sheet metal to forestall its inevitable decay, a shōrōmon (gate with belfry), and some auxillary structures which I took to be the former priest's quarters, a store house and outhouse, all very traditional but now regrettably falling to pieces. Behind the temple is a graveyard which includes interestingly shaped markers bearing family crests and names, which I assumed to be related to the historical persons of the locale, including the Aoyagi Clan. Whilst the terraced terrain may date to the yakata, the stone walls seen would've been piled for the temple.

Also shown here is the village on the site of Aoyagi-juku. The village beneath the castle, Aoyagi-juku, served as a post town on a subroute coming off the Nakasendō highway (from Seba-juku) heading toward Zenkōji, an important pilgrimage site in modern day Nagano City. This shukuba (post station town) continued into the Edo period even after the castle was long abandoned. No original structures survive today, but many homes retain traditional architectural features and are rebuilt along the same plots of the former inns and shops of the village, and are marked as such by little tags near their doorways. The large dwelling with the elaborate gate and roof is a home reconstructed on the site of Aoyagi-juku's former Honjin (main inn, reserved for bushi). Furthermore, since the village is located on a slope which inclines up toward the castle, the plots are terraced with ishigaki which have an irrigation ditch which carries water down the slope built into them. In order to facilitate access to Aoyagijō and Aoyagi-juku from the direction of Zenkōji, the lord of Aoyagijō, Aoyagi Yorinaga, in 1573 ordered a cutting made into the ridge between two small mountains.

Retrieved from "http://jcastle.info/smw2021/index.php?title=Aoyagi_Yakata&oldid=53357"
Category:
This page was last edited on 8 June 2022, at 14:35.
Content is available under Creative Commons Attribution-NonCommercial-ShareAlike unless otherwise noted.
About Jcastle.info
Contact Jcastle.info