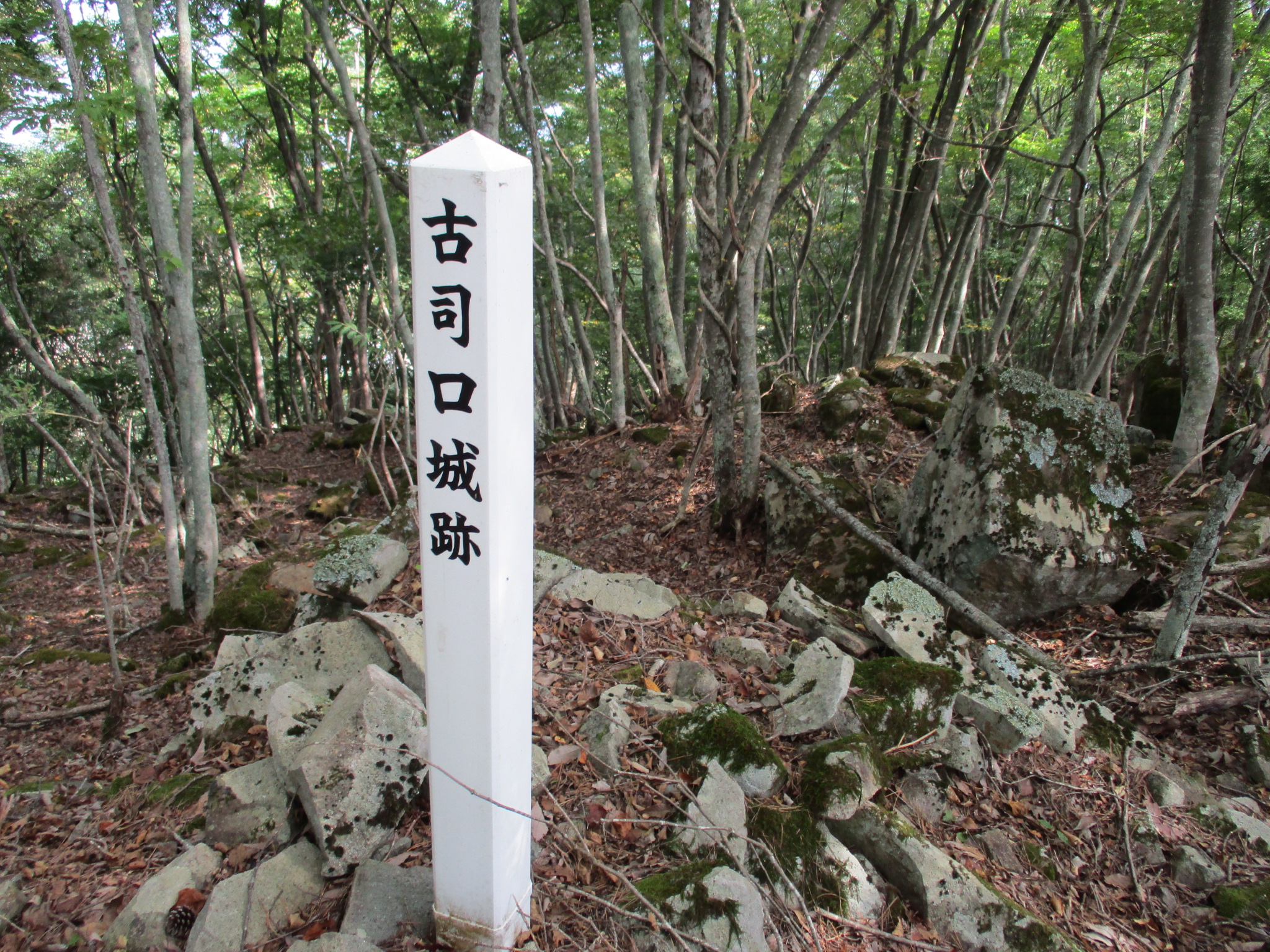 Little for sure is known about Koshikōjō, including which spot was the centre of the castle, but it was likely built by the Aoyagi Clan as a branch fortification of Aoyagijō, helping to connect Asakajō with Yagurajō and securing the east for the Aoyagi. It is presumed that the castle was called Kōjō ("Mouth Castle") as a corruption of Kojō or Furujō ("Old Castle"). The convenient name of Koshikōjō is a little unusual and may be of more recent origin. The castle is divided into two parts with some elevation intervening, though they are roughly the same overall elevation. The plainside peak is very narrow, and so it is not likely that this was the centre of the fort, but was perhaps used instead for a look-out or signal tower. The mountainside peak is wide and flat, ideal for a fort, and, being located closer to the ridge which connects various sites, would've been an easier place to help defend neighbouring fortifications from.

Koshikōjō is located close to Asakajō on a neighbouring mountain frond or ridge. The Shinputōki records an "old Asaka Castle", and it may be that this refers to Koshikōjō, which would make it older than Asakajō. Asakajō, according to the same document, was built by the Andō Clan, and so they may have also built Koshikōjō. During the Tenshōjingo War between Uesugi and Ogasawara forces, Asakajō sided with the Uesugi to oppose the Ogasawara at Aoyagijō. It's not clear what side if any of the battle lines Koshikōjō fell on, but it may have been attacked and occupied by forces from Asakajō during that time.

Koshikōjō is a remarkable if mysterious ruin. The former castle later became a religious site, and most of the ruins date to this time rather than to the original fortification. Nonetheless it's quite the spectacle. There is a long flat area along the ridge. Although there are no obvious castle features here, it could've been used as a bailey. The ridge rises after this and there is a sign post at the peak to mark the castle. This whole area is covered in fallen masonry. All of the stone blocks make traversing the site quite hazardous. Toward the tip of the site, beneath the peak with its impressive boulders, is a stone-walled enclosure in a half-oval shape. There is a gap at the prow where a gate likely stood. These stone walls are fantastic to behold, but they apparently were piled for the use of a shrine. I wondered if the stones had been repurposed from the castle, and if they had been hewn on site. Although there are castle sites not unlike this, a close look at the structure and piling method of these cryptic ramparts shows that they were not built chiefly with defence in mind.

Koshikōjō, which sits 150m up, can be easily accessed via a forestry road. I climbed up the mountain from below without a trail - but it wasn't so steep - until I reached the road. In my initial report of this site I said that the stone walls reminded me of Matsuojō. It seems that Nagano-based castle-blogger Ranmaru(-sensei) had the same feeling! He reports in his blog, here: https://ranmaru99.blog.fc2.com/blog-entry-1034.html.

Retrieved from "http://jcastle.info/smw2021/index.php?title=Chikuma_Koshikou_Castle&oldid=49302"
Category:
This page was last edited on 30 December 2021, at 19:18.
Content is available under Creative Commons Attribution-NonCommercial-ShareAlike unless otherwise noted.
About Jcastle.info
Contact Jcastle.info