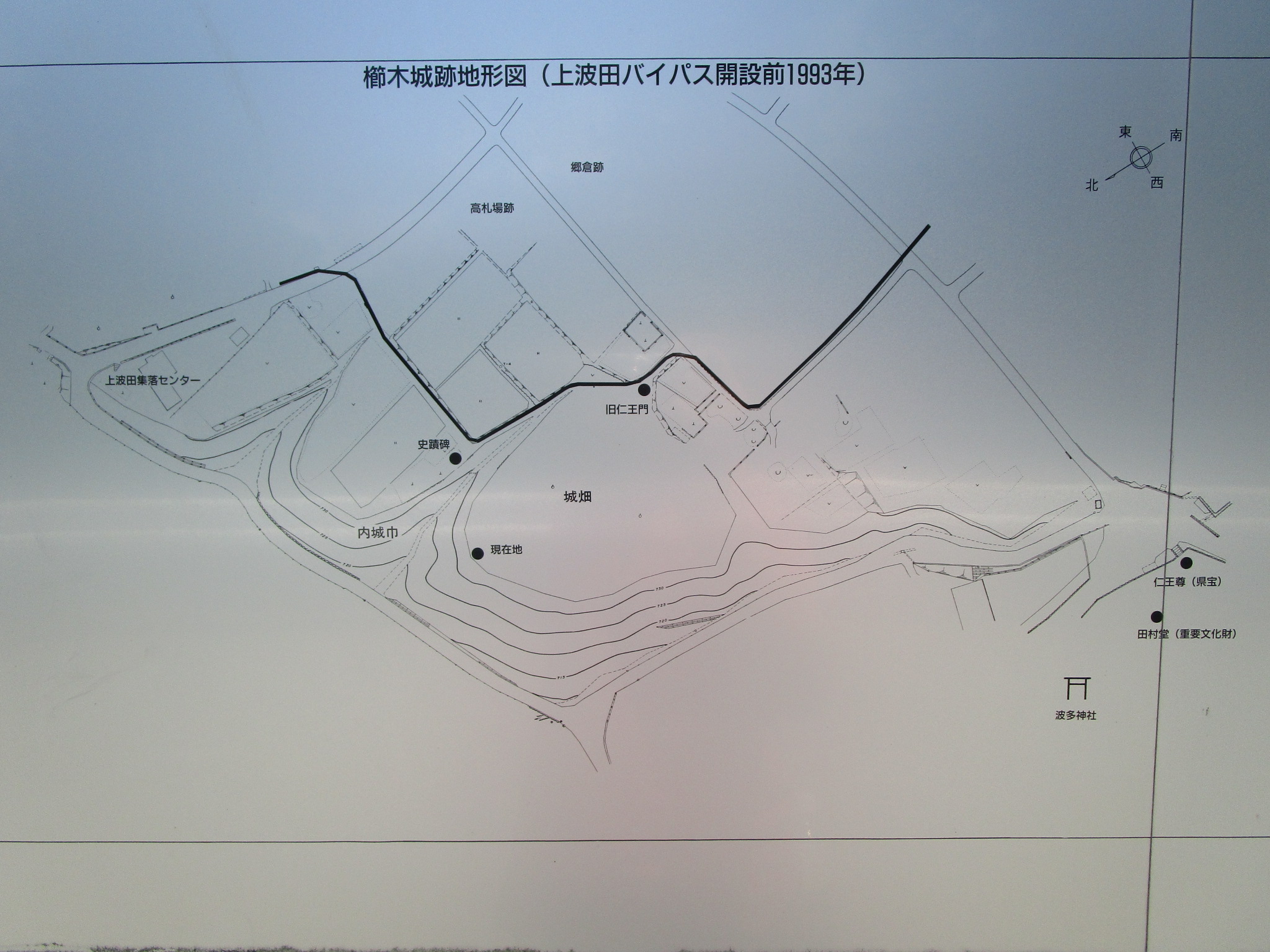 It is thought that Kushikijō was constructed in 1462 as a branch fort of Hatayamajō by the Ogasawara, nominal rulers of Shinano. Kushiki Kuroemon was placed in charge of the fort and commanded a garrison of twenty mounted warriors. He and his son, Kushiki Masamori, lorded Kushikijō for around half a century, protecting the borderlands of the Ogasawara. In 1480 they pulled off a major assault against the Nishina Clan, causing havoc in the township of Nishimaki. Kushikijō was destroyed alongside Hatayamajō in 1552 by Takeda Shingen.

Kushikijō is associated with a historic temple. Next to the Kamihata-Amidadō (上波田阿弥陀堂) temple and Hata Shrine in Hata, Chikuma, is a signpost marking that a medieval temple used to stand there called Saikōji (再興寺・西念寺・西光寺) (the current Niōmon (Guardian Deva Gate) at Hata Shrine houses the Deva King sculptures of the sub-temple of Saikōji called Nakutakuji). Kushikijō was the fortified residence of the Kushiki Clan built on the grounds of Saikōji, taking advantage of the terraced cliffs which overlook the Azusa River. It is traditionally held that Saikōji was founded in 806 by Sakanōe Tamuramaro, and abandoned in 1691.

Besides that its history is largely shared with neighbouring Hatayamajō. It was constructed in 1462, according to the records of Hata Village, along with Hatayamajō, under the orders of the Ogasawara, governors of Shinano. Very nearby is another site, Awajijō, but that was an Edo Period yakata and their histories are disparate.

This is a revisit of a very minor site, but the first time around I missed the most substantial remains of this castle, which, albeit, amount to very little. Basically at the site of Kushikijō there are up to three baileys which are all now under cultivation. Between these baileys are depressions which functioned as moats, but it's hard to determine their original condition or whether they are wholly artificial. I found the explanation board but it had little to divulge on the structure of the castle.

I've overhauled this profile. Have added links to Japanese blogs. I'll add some pictures of the features of this site shortly.

Retrieved from "http://jcastle.info/smw2021/index.php?title=Chikuma_Kushiki_Castle&oldid=48647"
Category:
This page was last edited on 3 September 2021, at 15:12.
Content is available under Creative Commons Attribution-NonCommercial-ShareAlike unless otherwise noted.
About Jcastle.info
Contact Jcastle.info