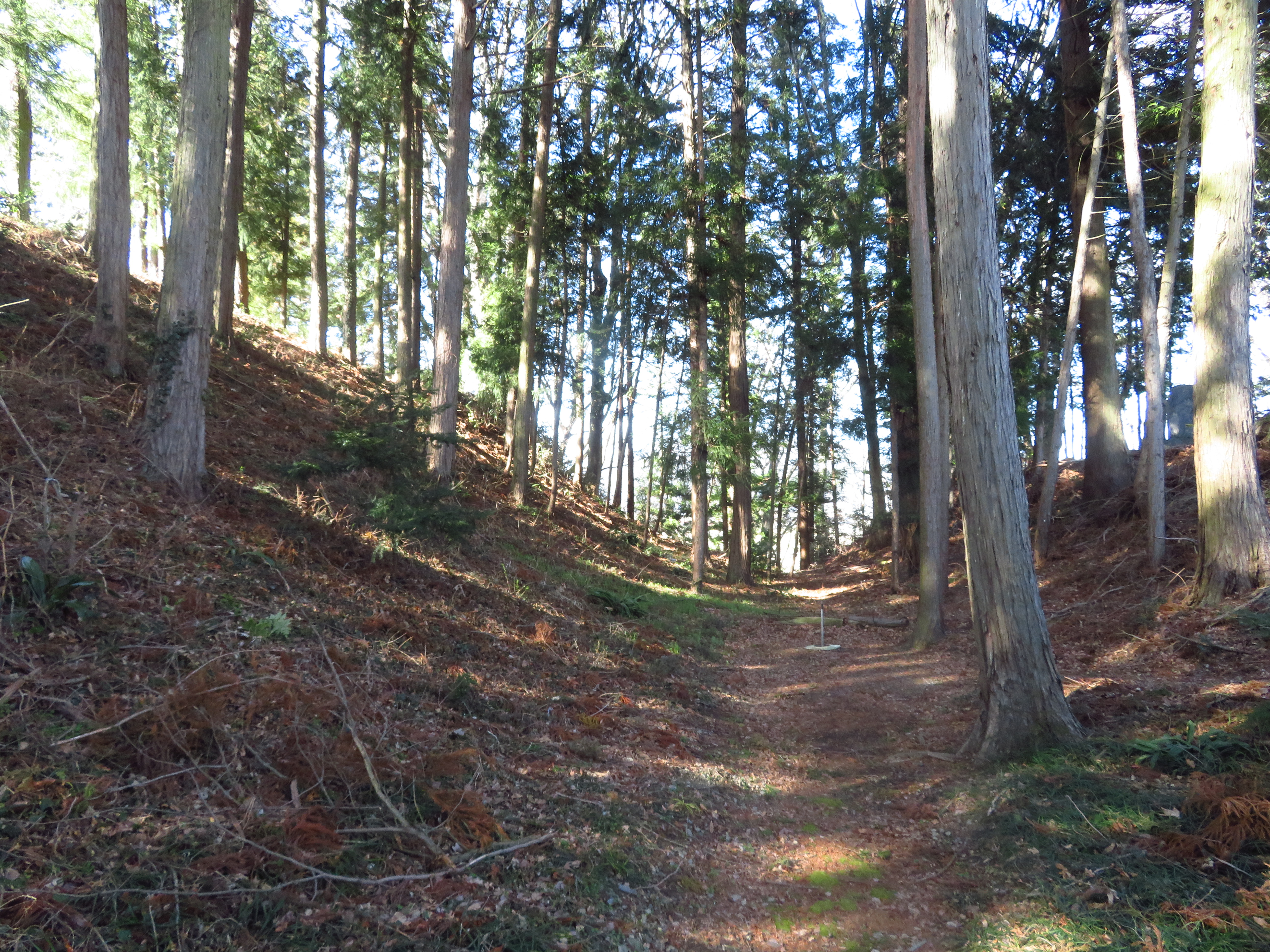 Habajō was first built in the early to middle 16th century by Ogasawara Shigejirō, the fourth son of Ogasawara Sadamune who was the lord of Matsuojō in Lower Ina; it was an Ogasawara Clan stronghold in an area important due to the intersection of trade routes between several valleys. When Takeda Shingen first invaded Ina around 1544, Habajō withstood his attacks, but surrendered to him in a subsequent invasion around 1558. Takeda Shingen put Shiba Kawachinokami, one of the 'Thirteen Knights of the Takeda', in charge of the castle thereafter. Habajō was destroyed in 1582 during Oda Nobunaga's conquest of Kai and the fall of the Takeda Clan.

The castle as we see it today was built in the Momoyama period (c.1590) as a residence of the Shiba Clan, at which time they would've been vassals of Kyōgoku Takatomo, lord of Iidajō. The Shiba became vassals of Hoshina Masayuki, lord of Takatôjō, in the Edo period. Hoshina Masayuki was relocated by the Shogunate to Yamagata Domain in 1636, at which time the Shiba Clan went with him, abandoning Habajō (Habajō would've likely been affected by the Ichikoku Ichijōrei, an edict by the Tokugawa-bakufu which limited the number of castles per domain, at which time it could've been abandoned, though it seems as though it was simply downgraded in status to a yashiki (residence))*.

Habajō is an interesting ruin featuring tall dorui (earth-piled ramparts), deep, wide karabori (dry moats) and kuruwa (baileys). The castle consisted of two principal baileys, the shukuruwa (main bailey) and the ninokuruwa (second bailey). The ninokuruwa was an outer bailey wrapping around the shukuruwa in the west, east and south. To the north the whole castle was bounded by the Tenryū River. Segments of dorui which surrounded the ninokuruwa can still be seen too, now amidst rice paddies. The Japan Rail Iida Line runs through the ninokuruwa. In the northeastern corner of the ninokuruwa is a mound of earth, now containing hokora (mini-shrines), which looks like it could've been a yaguradai (tower platform). The shukuruwa is now the site of a shrine.

Retrieved from "http://jcastle.info/smw2021/index.php?title=Haba_Castle&oldid=55933"
Category:
This page was last edited on 27 July 2022, at 10:57.
Content is available under Creative Commons Attribution-NonCommercial-ShareAlike unless otherwise noted.
About Jcastle.info
Contact Jcastle.info