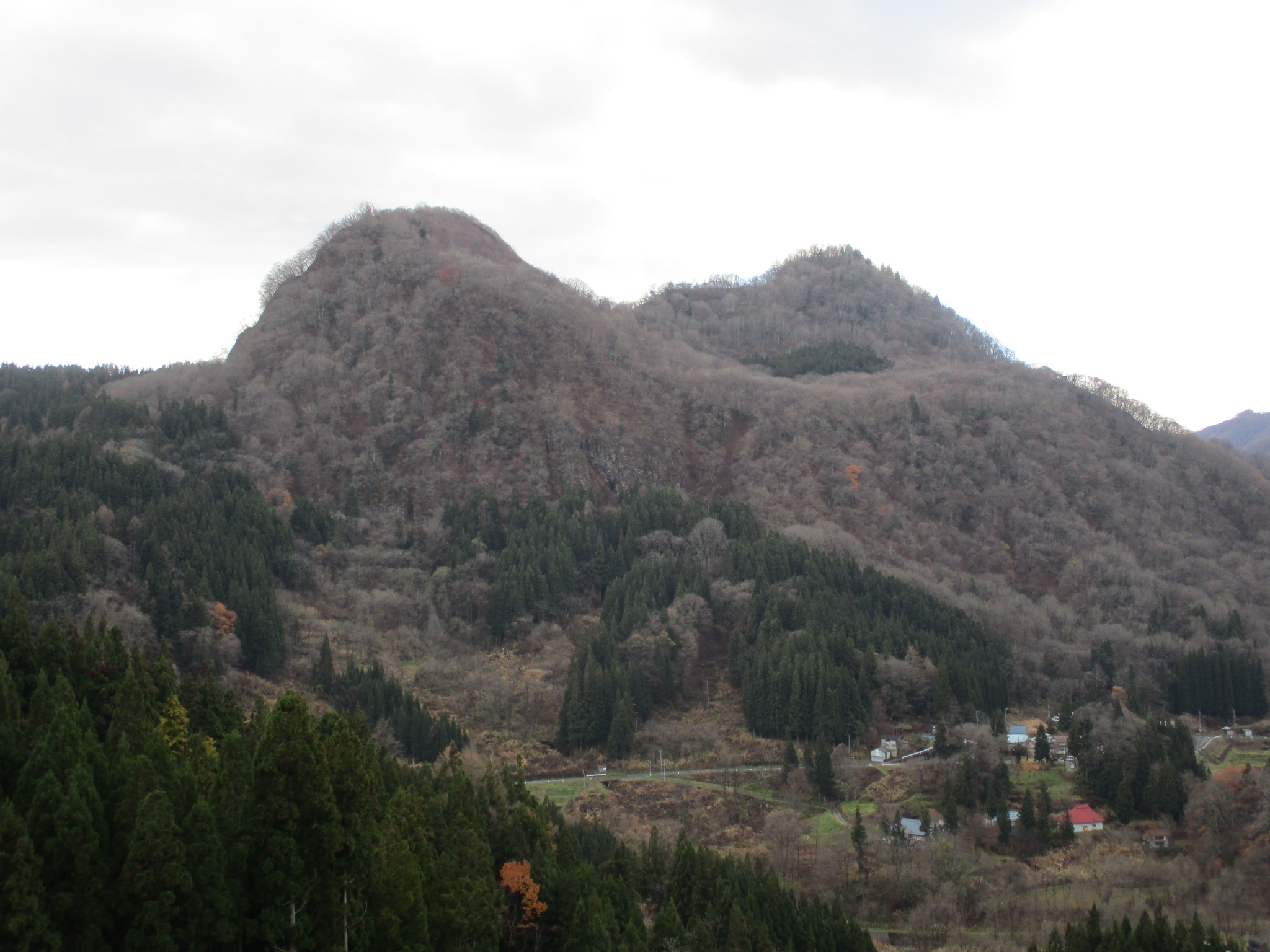 Hirakurajō appears in the historical record being discussed by Takeda Shingen as he commended his vassals for their successful capture of the castle in 1557. According to the writings of the generalissimo himself, the castle had been defended by Iimori Moriharu, who was likely an ally of Uesugi Kenshin. He must've been quite pleased with the fall of the castle because he wrote many letters of commendation, and even granted an audience with a brave frontline soldier called Magaribuchi Yoshishige who had faced desperate defenders firing arrows from across the trenches. Takeda forces had constructed Kurumajō across the valley from Hirakurajō during their conquest, and Kurumajō thereafter served to protect this northern frontier area from the Uesugi. With the decline of the Takeda, however, the Uesugi would recapture territory here toward the end of the 16th century.

Hirakurajō's castle mount is an intimidating prospect. The trail to the peak is found in a high climbing valley to the east, a valley replete with old thatched roof (now mostly covered) cottages, a scene of great age, isolated and barbarous. To the west the mount has a sheer, rocky cliff face. One must absolutely climb from the east, far from the station but a short detour from the Salt Road. The trail, found at the top of a small hamlet, is well maintained. A resident asked me where I was going. There was a sharpness to the end of her question which suggested very much like she had every right to know. I suppose she did, as the trail entrance was behind her house. I gave the name of the castle like a password and she let me on my way, wishing me be safe. And so the castle site is still closely guarded to this day.

The layout of Hirakurajō, sometimes also called Otarijō, is like a hillside castle, despite being quite high up on the mountain, as the largest baileys are terraced, and the principal two sit one after the other, carved into the mountainside. There is an explanation board about the castle in the lower enclosure. Actually I had to re-orientate parts of it that had fallen flat into the earth. According to one sign there used to be a small shrine here, but it's gone now. The lower enclosure is accessed via a gate ruin with embankments. The peak is not far above. This peak has many horikiri (trenches). The forward horikiri is very clear as it cuts sharply into rock, which was impressive to behold. Going along the narrow peak, where I suppose there was some kind of look-out, I found several more horikiri. To find these I had to wade through many bushes. In one part the ridge was so narrow and seemed to be nothing more than a tangle of roots, to each side an uninviting drop. I photographed these trenches by crawling through bushes. Other bloggers hadn't mentioned these so I was quite proud of myself for finding them.

Retrieved from "http://jcastle.info/smw2021/index.php?title=Hirakura_Castle&oldid=53688"
Category:
This page was last edited on 15 June 2022, at 05:29.
Content is available under Creative Commons Attribution-NonCommercial-ShareAlike unless otherwise noted.
About Jcastle.info
Contact Jcastle.info