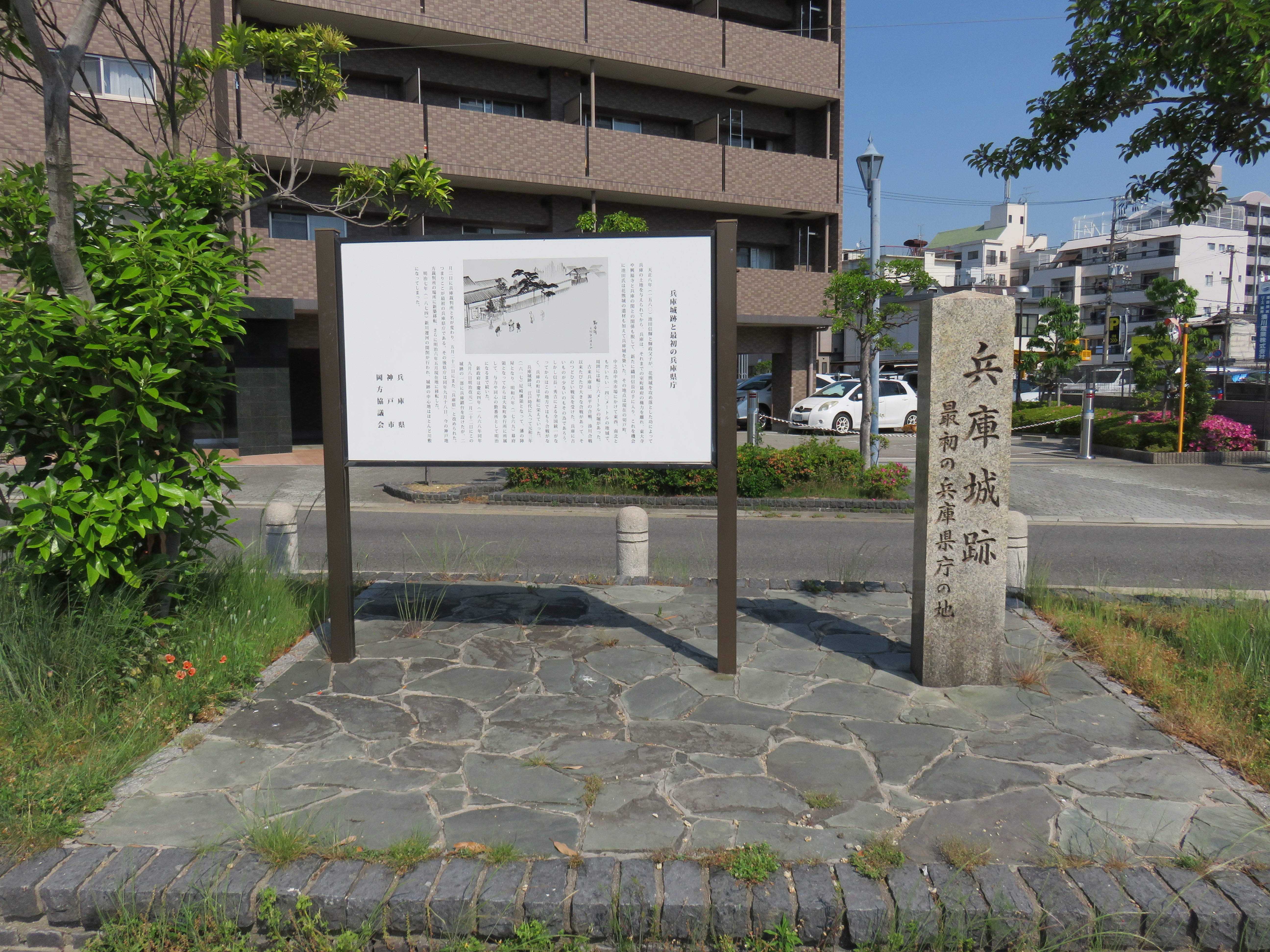 In the west part of Kobe Port is Hyogo Port. This port was the site of Hyogo Tsu, which was a prosperous port until the Edo period and it also was Fukuhara-kyo the capital for Tairano Kiyomori (1118-1181). In the Nanboku-cho Era it became the center of the fighting, with Sanyo Road passing through on the north side, it was a strategic point for land and sea and was also a key hub for traffic. Hyogo Castle was functioning as a castle for just a short period of time, after the Meiji Period the remains were lost due to the large-scale renovation of Hyogo Port and the urbanization of the modern era.

However, in 1583 Ikeda Tsuneoki was transferred to Ogaki Castle in Mino Country (Gifu Pref.) in just two years, Hyogo Castle became the direct jurisdiction of Toyotomi Hideyoshi and Katagiri Katsumoto was transferred there. Hyogo Castle was renamed to “Katagiri Jinya”. There is evidence that a moat was around the palace, and also it was discovered that there was a triple gate. Until the Edo period, the Korean delegate was invited 12 times in total, 11 which were to Hyogo Tsu. The Amagasaki Clan was ordered to take care of the Korea delegate, preparations began about two years before, and maintenance of the harbor and arranging accommodation were done.

In 1617 it becomes the Amagasaki Clan territory and they build a Jinya in the ruins of Hyogo Castle. A magistrate is placed and renamed "Hyogo Jinya". Becomes the territory under the control of the Shogunate in 1769. At this time, the moat is filled and the Jinya was abandoned.

In the Meiji era (1868), the first generation of the Hyogo Prefectural government used the Jinya. The ground which had been an outline until 1873 remained, but it was removed for the development of the city area, the Hyogo Port was remodeled drastically in the following year 1874, the Hyogo Shinkawa canal was built and Hyogo Castle ruins were destroyed.

Not much to see here but the canal is on the list of sightseeing for Kobe. Most of the castle area is under an Aeon Mall.

Retrieved from "http://jcastle.info/smw2021/index.php?title=Hyogo_Castle&oldid=33866"
Category:
This page was last edited on 25 April 2020, at 11:12.
Content is available under Creative Commons Attribution-NonCommercial-ShareAlike unless otherwise noted.
About Jcastle.info
Contact Jcastle.info