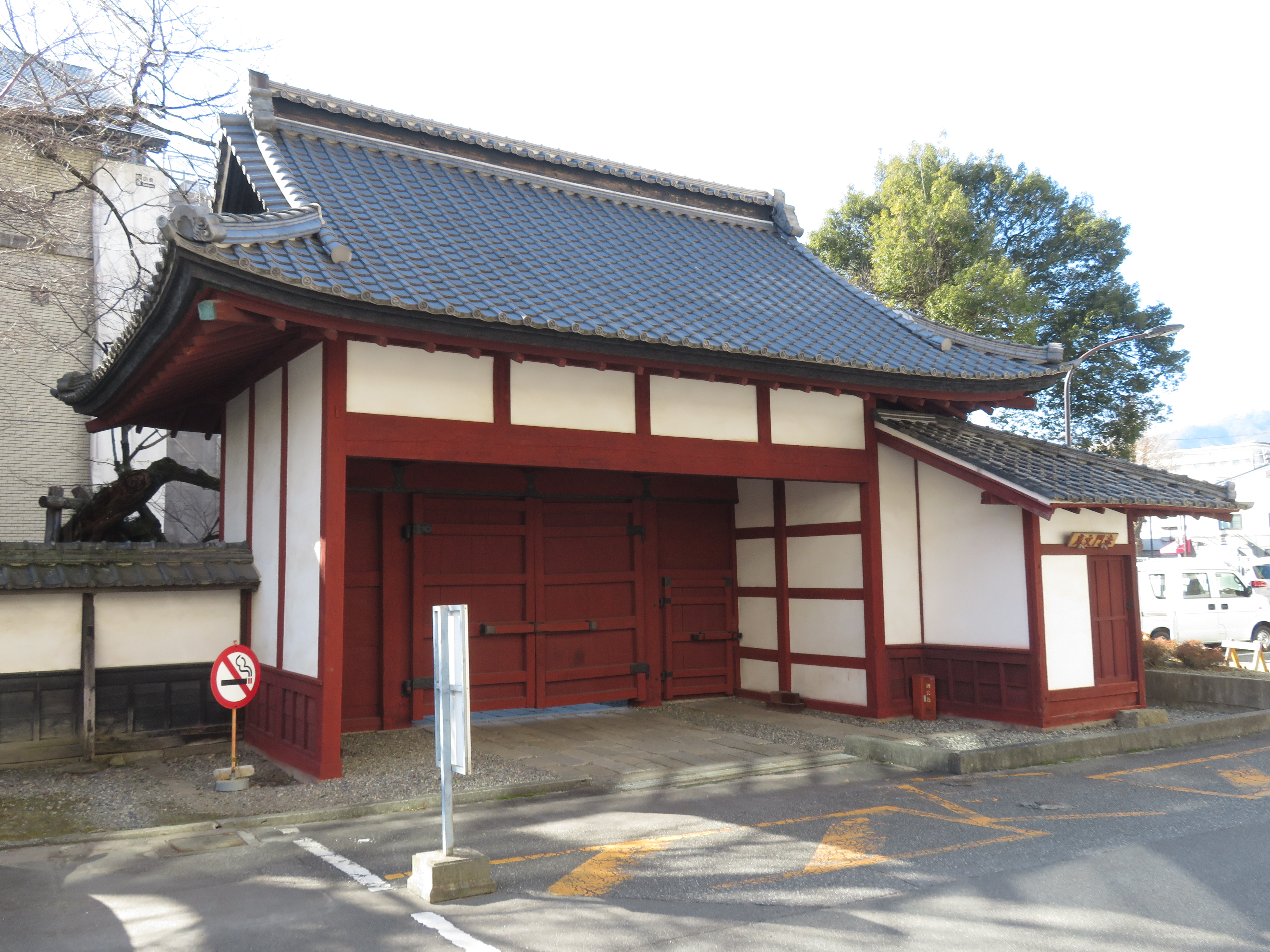 Iida Castle was first built by the Banzai Clan in the 15th century. It was an important strategic position defending the convergence of several trade routes. The castle initially was built on the tip of the promontory and then expanded out to fill it. The Banzai swore fealty to Takeda Shigen when he invaded Ina District around 1550, but fell into disrepute with him and were banished from Iidajō; it was taken over by Takeda directly where it guarded the south of his expansive territory. Recognising its strategic importance, Takeda expanded Iidajō. Command of the castle was handed over to Akiyama Torashige, lord of Takatôjō, who was executed in 1575 by Oda Nobunaga following the siege of Iwamurajō (Oda had falsely claimed that he would let the defenders live if they surrendered but massacred them when they did).

Hoshina Masanao then took charge of Iidajō. Masanao ws the son of Masatoshi Hoshina, a warrior of great renown and skill with the yari (spear), but his son was not so brave it seems - or maybe he was just smart, because he fled from Iidajō in 1582 when Oda came a-knocking. Oda appointed Mōri Hideyori as castellan of Iidajō but soon after Oda was assassinated and Mōri fled from Iidajō. Iidajō was shortly after taken over by Tokugawa Ieyasu who appointed Suganuma Sadatoshi as commander to help him in his battles with Toyotomi Hideyoshi. In 1590, following Toyotomi's subjugation of the Hōjō Clan at Odawarajō, Tokugawa Ieyasu agreed to relocate to Kantō. Toyotomi put Mōri Hideyori back in charge of Iidajō. He was followed by Kyōgoku Takatomo, the son-in-law of Toyotomi Hideyori. During this time the castle took on its current layout and the jōkamachi (castle town) developed.

The Edo Period brought further stability and the Iida Domain, valued at 50,000 koku, was given to Ogasawara Hidemasa, who would later become the ruler of Matsumotojō. From 1613 to 1617 Iidajō was the administrative center of a tenryō, a territory administered directly by bannermen of the Shogunate. The Wakizaka Clan ruled the domain until 1672, and after that the castle's final feudal overlords, the Hori Clan, ruled Iidajō. Under the Hori, Iida-han was valued at just 20,000 koku and the domain's finances were poor. Riots broke out in 1762 and 1809, but the Hori clung onto their territory until the abolition of feudalism in the Meiji Period, due in part to Hori Chikashige being a big player within the Shogunate government (inc. as a rōjū). Iida-han was expanded to 27,000 koku worth of land thanks to him and his support of Mizuno Tadakuni who implemented the Tenpō Reforms in 1842, but decreased to 17,000 koku following their failure and the exile of Mizuno in 1845. In the Bakumatsu Period the Hori failed to prevent anti-Shogunate forces from traversing their territory during the Mito Rebellion and were penalised with the further reduction of their territory to 15,000 koku. The Hori supported the victorious Imperialists during the Boshin War.

I had anticipated visiting Iidajō for half a year. The site has an original gate on site, the "Red Gate", as well as a relocated yaguramon (turret-gatehouse). Other ruins include baileys and a large karabori (dry moat), which cuts wide and deep into the citadel mount. Located away from the castle is a sweet shop called "Iida Castle" built to resemble a castle tower. This cheaply constructed spectacle does not represent any structure from the castle as Iidajō did not possess a tenshu (donjon), and in fact by way of towers possessed only a handful of small turrets.

The castle site is situated on a promontory which extends from the lower slopes of the alps into the plain. This peninsula of rock is an easy-to-defend location, and its clifffaces encompassed three baileys of the castle with the castle town beyond. The sannomaru (third bailey) is now largely developed over but here one finds the extant gatehouse with attached bansho (guardhouse), an impressive red in colour, which was the entrance to a small bailey within the sannomaru called the Sakura-maru, likely containing a palatial residence. Formerly the hankō (Domain School) was also located in the sannomaru.

The ninomaru (second bailey) now features an art museum and preserved Meiji Period structures. Some gates and walls have been reconstructed here in the style of the castle. An aqueduct runs by which is another ruin of the castle. Separating the ninomaru from the honmaru (main bailey) is a deep trench, which is the way by which I exited the castle ruin, but not before first seeing the honmaru, which is now the site of a shrine, Osahime-jinja. Beyond the honmaru was another trench and smaller bailey interestingly called Yamabushi-maru, but this has now been built over by a hotel (called "Sky Castle Hotel", though it doesn't look like castle), although it formerly contained storehouses full of the domain's treasure. A path originally ran down the hillside from the honmaru for ease of access, guarded at the base of the mount by guardhouses, but this path is now overgrown with bamboo.

After visiting the castle proper I proceeded to see the relocated yaguramon which now forms the grand entrance to a country villa. This residence, set on the hillside overlooking the alpine countryside, thrilled my aesthetic sensibilities, and it struck me as being more castle-like than the castle ruin itself. The main dwelling is built in the vernacular style of lower Shinano, and the castle gate, which was bought at auction from the castle when it was decommissioned in 1871, is flanked on both sides by rowhouse-like structures and stores. The stately home is even fronted by a moat and stone ramparts. Much I marveled here before eventually making my way to the castle-shaped sweet shop.

Retrieved from "http://jcastle.info/smw2021/index.php?title=Iida_Castle&oldid=33538"
Category:
This page was last edited on 6 February 2020, at 23:10.
Content is available under Creative Commons Attribution-NonCommercial-ShareAlike unless otherwise noted.
About Jcastle.info
Contact Jcastle.info