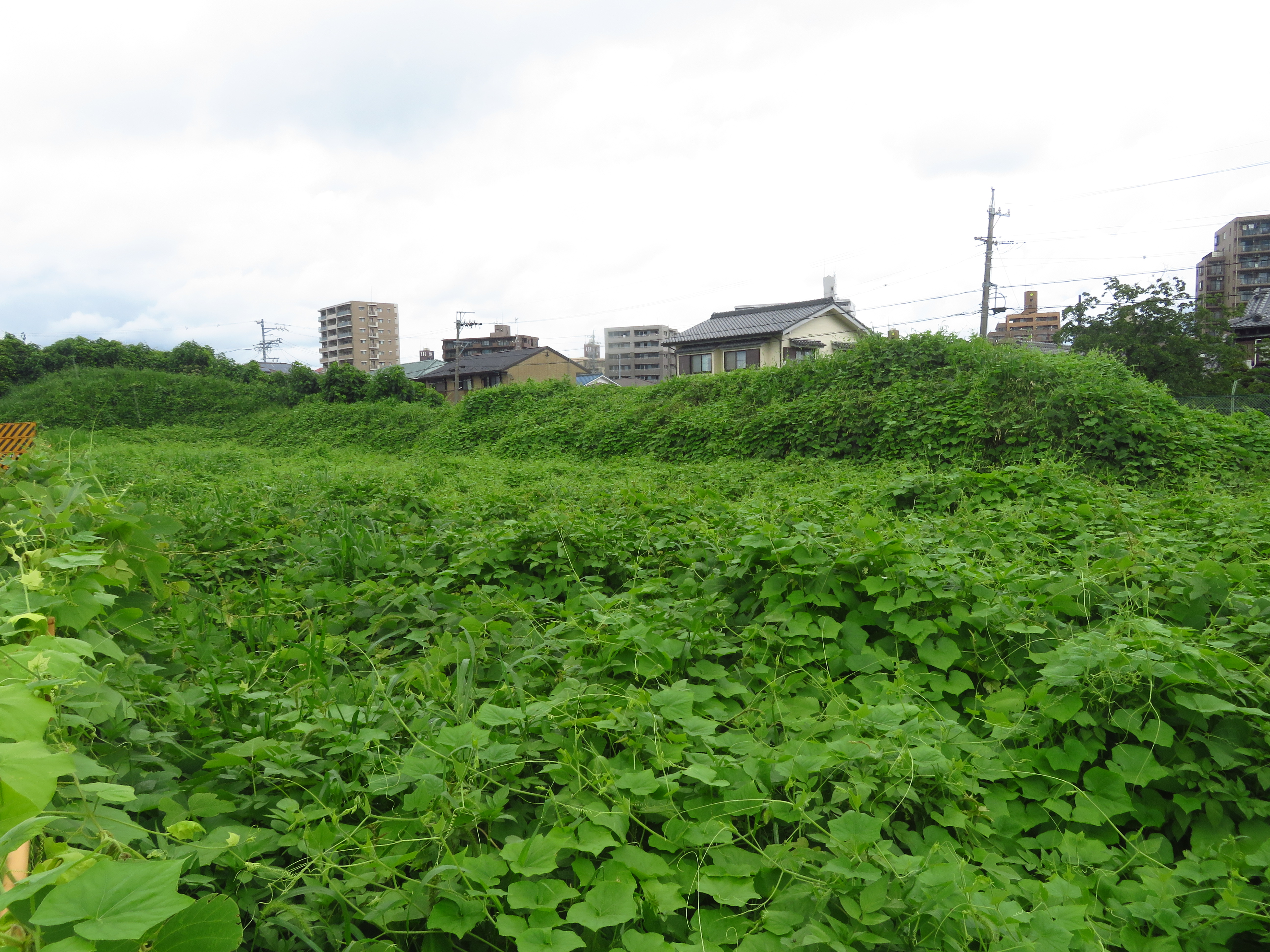 The following article is by Chris Glenn. Reproduced here with permission of the author.

First established in 1218, Jojo Castle was a hirajiro located in Kasugai, Aichi Prefecture, strategically situated on the plains between the Uchizu and the Shonai Rivers running north and south of the site.

Osaka Mitsuyoshi constructed the castle during the Kamakura / Nanboku period. Having constructed the castle, he returned to Omi Province (Shiga Pref.) and later decided to relocate back to Jojo Castle where he changed his family name from "Osaka" to "Hayashi.". (Even after Jojo castle was abandoned by Toyotomi Hideyoshi, 15 generations of the Hayashi family engaged in farming and land development in this area until after the Meiji period.)

In 1556 When Oda Nobumitsu, master of Kiyosu Castle, was killed by his vassal Sakai Daizen, Nobunaga inherited his vassals, including one Osaka Yukichi, a distant relative of the original founder of Jojo Castle. As such, the then master of Jojo, Hayashi Morishige, also joined the Oda forces and offered the castle and its territories to Nobunaga. On the orders of Nobunaga, Osaka Yukichi was dispatched to Jojo with about 500 men, and undertook a major renovation to expand the castle area.

At the time of the Battle of Komaki and Nagakute in 1584, Hayashi Morishige's son made major repairs to the at the orders of Ikeda Tsuneoki. Ikeda Tsuneoki had entered Jojo Castle en route to his planned sneak attack on Tokugawa Ieyasu's headquarters, Okazaki Castle in Mikawa, and stayed at Jojo for two nights. Tsuneoki and his men were later routed by Tokugawa Ieyasu at Nagakute and was killed in battle.

The Komaki Nagakute campaign ended when Toyotomi Hideyoshi called a truce on the condition that castles such as Jojo Castle, Yoshida Castle, and Komaki Castle be demolished. After the battle of Komaki and Nagakute, Hideyoshi stayed briefly at Jojo Castle, before leading his samurai back to the fortified Ryusen-ji Temple.

The remaining yagura-dai, turret base, is “officially” called the tenshu-dai, although it probably never had a tenshu (keep) at all. After the castle was abandoned, the site had a bell tower built on it, used to inform the local villages of fire, flood or attack. The land was used by the local Hayashi family as a residence. On May 20, 1977 The Edo period Hayashi mansion was destroyed by fire.

The existing moat and earthworks on the north side have been confirmed to be a different shape from the original castle construction, and so it is believed that these features were rebuilt at a later date. There are traces of ishigaki along the southern face of the remaining dorui, however being on the inside of the dorui, I believe these to have been a later, non military addition.

Currently, the Honmaru is used as a monthly parking lot, allowing remains such as the northern and westernmoats and earthworks, and the entire main enclosure to be seen from the point where a stone monument has been erected.

Jōjō Castle, or, in full Japanese: Jōjōjō - what a name! - is a castle ruin with the remains of earthworks. Unfortunately the castle is quite overgrown with creeping ivy which covers every inch of the ruins, obscuring some remnants of stonework. Chris Glenn informed me that this stonework might not date to the time of the castle, however. I wouldn't know because I couldn't see it! The site is blocked off so even if I was inclined to go wading through the choking mesh of vines, which I wasn't, I wouldn't have been able to. I was able to look over the fence in some parts and see the remains of karabori (dry moats), dorui (earthen ramparts), and the tenshudai (platform for main tower).

Retrieved from "http://jcastle.info/smw2021/index.php?title=Joujou_Castle&oldid=51093"
Category:
This page was last edited on 3 February 2022, at 18:34.
Content is available under Creative Commons Attribution-NonCommercial-ShareAlike unless otherwise noted.
About Jcastle.info
Contact Jcastle.info