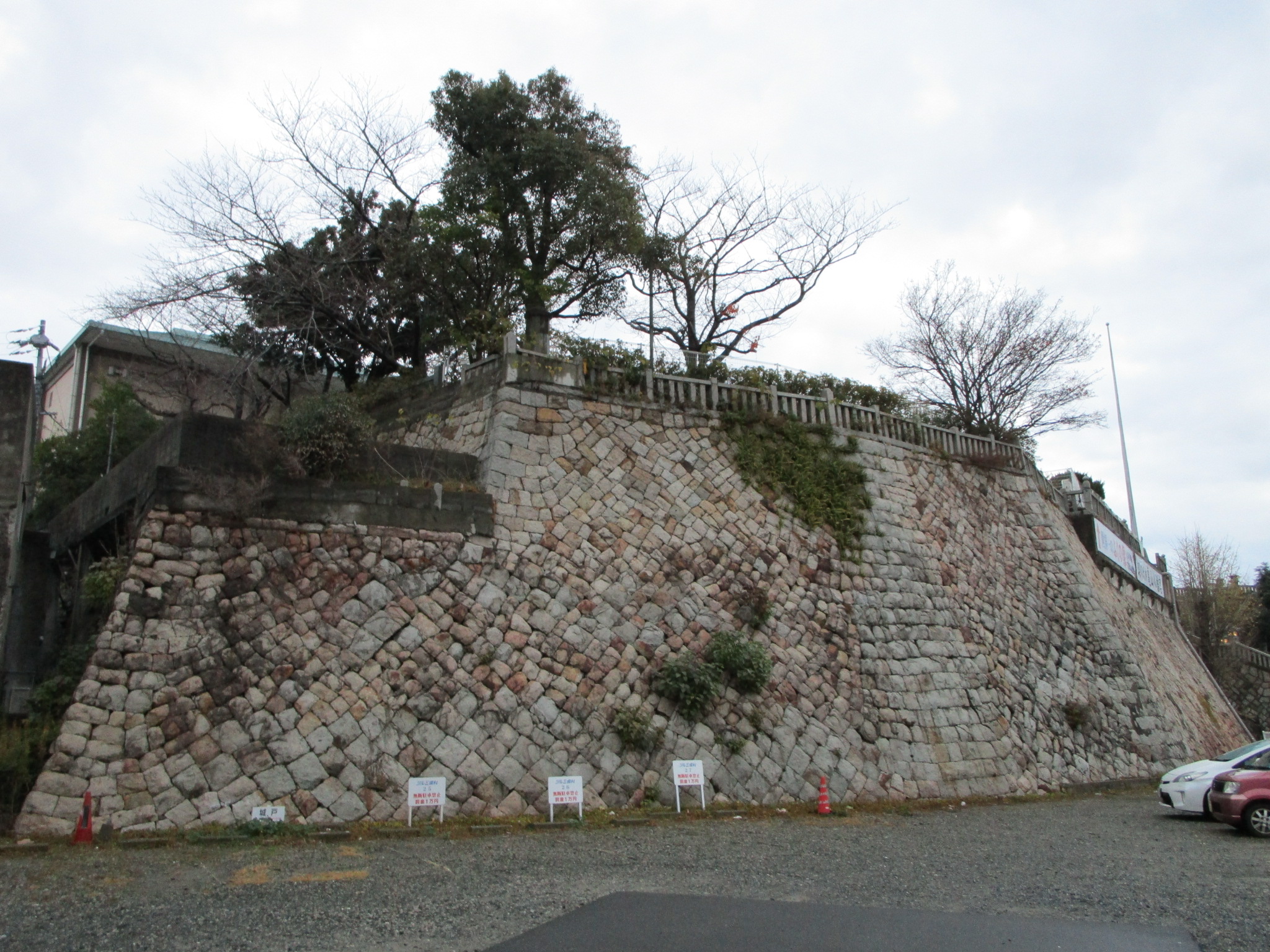 The Kameyama-daiba was a Bakumatsu Period battery emplacement site, one of a string of such fortifications constructed by the Mōri Clan so that they could raise some hell with the foreign powers. This resulted in the Battle of Shimonoseki Straits in 1863 and the Shimonoseki Campaign of 1864.

Kameyama-daiba commanded great views of the Kanmon Straits, an important shipping route, and so was an ideal site for a battery emplacement ("daiba" in Japanese). In 1863, Emperor Kōmei issued the Jōi Chokumei, which was an Imperial Commandment to expel foreigners from Japan and Japanese waters. Mōri Tadachika of Chōshū Domain took up this war cry and began attacking foreign shipping using the Kanmon Straits. Jōi Chokumei was due to come into effect in May. Around a month after this deadline it came as quite the shock to foreign powers when Western-built warships manned by Mōri's samurai began firing at their merchant vessels. An American vessel was attacked by Chōshū warboats, and a French dispatch steamer was fired upon from the daiba. These provocations put Chōshū in direct defiance of the Tokugawa Shogunate, challenging its authority, the implications of which proved very ominous for the Shogunate, but the more immediate result was military defeat for Lord Mōri.

Initially a Dutch warship, which had rendevoused with the French steamer but ignored the Frenchmen's advice, entered the straits in defiance of the feudal lord, but was bombarded and forced to retreat. The ship was struck thirty times and nine of its crew were killed. In July 1863, the USS Wyoming engaged Chōshū, sinking two of Chōshū's warships and exchanging cannon fire with the daiba on the shore. The Wyoming was forced to retreat, however, as it could not continue to sustain fire from the daiba; four of its crew were dead and the ship was heavily damaged but managed to get back to Yokohama. There soon followed a retaliatory strike by a French fleet which succeeded in capturing Maeda-daiba. But Lord Mōri still defied the foreigners and the Shōgun in not paying compensation for the attacks on Euro-American vessels, and for a year the straits remained closed to international shipping.

The blockade was finally ended by a coalition of Britain, France, the Netherlands and the US, though the Shimonoseki Campaign was conducted by the British (nine ships and a regiment from Hong Kong), helped by the Dutch (four ships) and French (three ships), with the US sending a chartered steamer in a token show of support (the Union Fleet was otherwise engaged). Seventeen ships and over 2,000 fighting men under the command of Sir Admiral Augustus Leopold Kuper of the Royal Navy engaged the Chōshū Domain in a two day battle on Sep. 5th and 6th, 1864. Coalition forces lost 72 men and two British ships were heavily damaged, but they had completely destroyed Lord Mōri's ability to wage war, sinking his ships and capturing the daiba. Chōshū Domain surrendered on Sep. 8th.

The Kameyama-daiba is a Bakumatsu Period battery emplacement site, constructed by the Mōri Clan so that they could raise some hell with the foreign powers. This got them a thorough hiding but introduced an irresistible principle to Japan: modernisation is inevitable. Now the site is that of a shrine, Kameyama-hachimangū, and it still has great views of the straight. The shrine sits atop a mass of ishigaki which looks quite impressive, though I don’t know if it wasn’t built specifically for the shrine after the daiba was already defunct. Nevertheless it was nice to see. There was an explanation board about the daiba at the top of the stone retaining walls. I came here as part of my walking tour of historic sites in Shimonoseki.

Retrieved from "http://jcastle.info/smw2021/index.php?title=Kameyama_Battery&oldid=44998"
Category:
This page was last edited on 24 January 2021, at 11:20.
Content is available under Creative Commons Attribution-NonCommercial-ShareAlike unless otherwise noted.
About Jcastle.info
Contact Jcastle.info