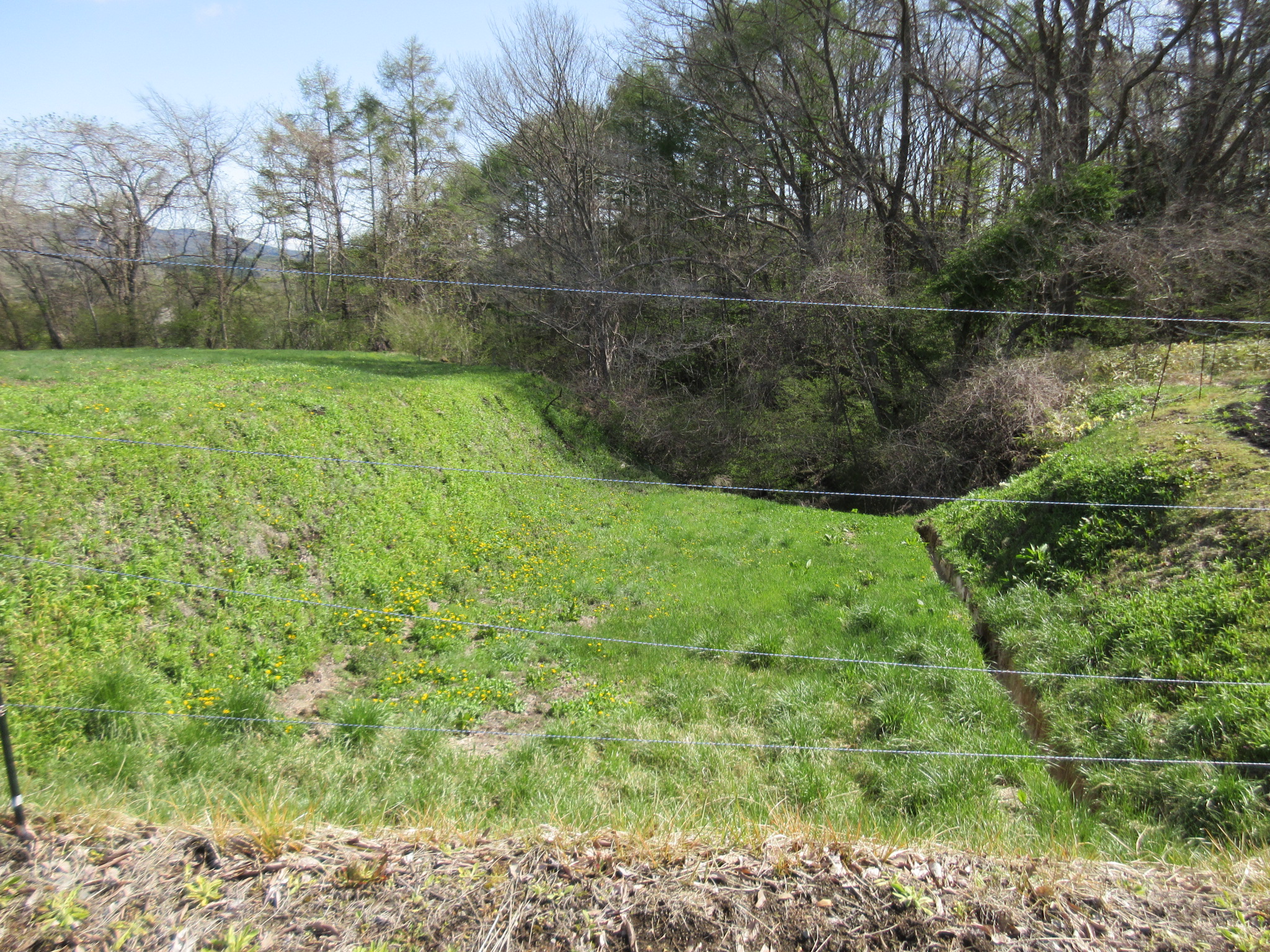 Kanbarajō was built as the main castle of the Kanbara Clan in 1397. The Kanbara were descended from the Shigeno Clan along with the Unno Clan and Sanada Clan, each based in Shinano across the provincial border. The Kanbara feuded with their neighbours in Kōzuke, the Saitō Clan of Iwabitsujō and the Haneo Clan of Haneojō, in the Sengoku period. In 1560 Kanbara Yukishige, lord of Kanbarajō, seeing the expansion of the Takeda Clan from Kai, schemed with Sanada Yukitaka to double-cross Takeda Shingen, but their plot was detected by Saitō Norihiro, lord of Iwabitsujō, and so he and Haneo Irimichi attacked Kanbarajō. However, they could not topple the deadly castle, and they settled on a truce. In 1561 Saitō Norihiro returned on the orders of Takeda Shingen and attacked Kanbarajō, and, following some fighting, Kanbara Yukishige surrendered. Takeda Shingen had attained hegemony over the area and attempted to divide territory between the local powers, but Haneo Irimichi wasn’t satisfied with the peace conditions and attacked Kanabarajō in 1562. The Kanbara retreated to Saku, Shinano, but reclaimed their castle in 1563. At any rate Kanbara Yukishige went on to pledge loyalty to Sanada Yukitsuna who in turn obeyed Takeda Shingen, and thereafter the Kanbara Clan served the Sanada Clan after the fall of the Takeda Clan. Kanbarajō became a border castle for Numatajō in the Edo period and was abolished in 1615 following the Ikkokuichijōrei, an edict of the Tokugawa Shogunate which regulated the number of fortifications per domain.

Kanbarajō is a ‘gakebatajiro’, or ‘clifftop castle’, built on a plateau surrounded by the Agatsuma River. The cliffs’ precipitous sides make this a readily defensible location. Remains of the castle include kuruwa (baileys) formed from karabori (dry moats) dividing the plateau. The main bailey and second bailey, which have been recently cleared and maintained, are on a narrower part of the plateau at its tip, and the third bailey is more expansive, and is now farmland. There are some lower baileys beneath the main bailey which are now forested. There is a spur of the plateau located at lower elevation with some small baileys called the ‘eastern baileys’, though from above these appeared to be obscured by landslides.

Retrieved from "http://jcastle.info/smw2021/index.php?title=Kanbara_Castle&oldid=53345"
Category:
This page was last edited on 6 June 2022, at 12:24.
Content is available under Creative Commons Attribution-NonCommercial-ShareAlike unless otherwise noted.
About Jcastle.info
Contact Jcastle.info