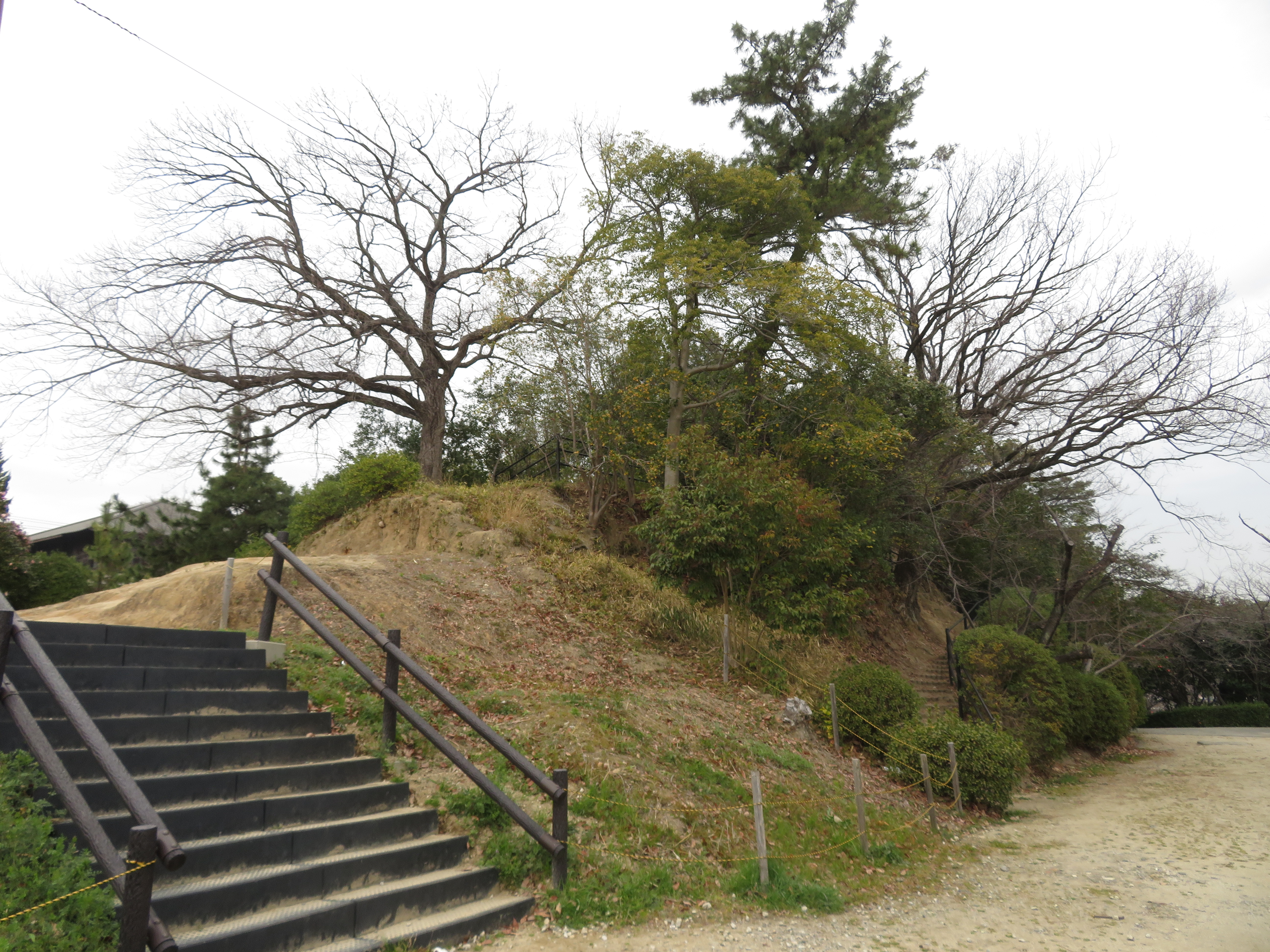 Kariya Castle was built in 1533 by Mizuno Tadamasa. The Mizuno were the clan of Tokugawa Ieyasu's mother's family. During the Sengoku Period the Mizuno Clan tried their hand at bamboo diplomacy to balance between the Imagawa and Nobunaga clans. Toyotomi Hideyoshi relocated the clan to Ise but in the Edo Period Tokugawa Ieyasu allowed Mizuno Katsunari to return to his ancestral land, and Kariyajō became the center of Kariya Domain. Although Katsunari was promoted to the charge of a larger territory, he was replaced by Mizuno Tadakiyo from another branch of the family. In 1632 Tadakiyo was transferred to Yoshidajō. Matsudaira Tadafusa (from Fukamizojō) replaced him. He was in turn replaced by Matsudaira Sadamasa (from a different branch of that family (Hisamatsu branch)) in 1647. In 1651 the Inagaki Clan took over. They were followed by the Abe, Honda and Miura clans. Finally in 1734 the Doi Clan took over and their rule lasted until the Meiji Period and the abolition of the Han System.

I went to the ruins of Kariya Castle not expecting much at all. However, this suburban park does retain identifiable castle features, such as kuruwa (baileys), dorui (earth-piled ramparts) and mizubori (water moats). Dorui can be found ringing the honmaru (main bailey), beneath which wraps an obiguruwa (ring bailey). According to signs I found on site, as well as on the castle's wikipedia entry, there are ambitious plans to rebuild the castle, including two turrets, two gates, a gatehouse, and adjoining walls and connecting turrets. If this plan is realised then I would certainly like to return to Kariyajō.

The Tatsumi-yagura (a turret) from Kariyajō was relocated to a distant temple, Myōfukuji, in the Meiji Period, where it now serves as a Rōmon (Pavilion Gate). Viewing pictures online, I must say it doesn't look like a castle turret, and so maybe it has been heavily modified overtime.

Retrieved from "http://jcastle.info/smw2021/index.php?title=Kariya_Castle&oldid=34294"
Category:
This page was last edited on 26 April 2020, at 14:43.
Content is available under Creative Commons Attribution-NonCommercial-ShareAlike unless otherwise noted.
About Jcastle.info
Contact Jcastle.info