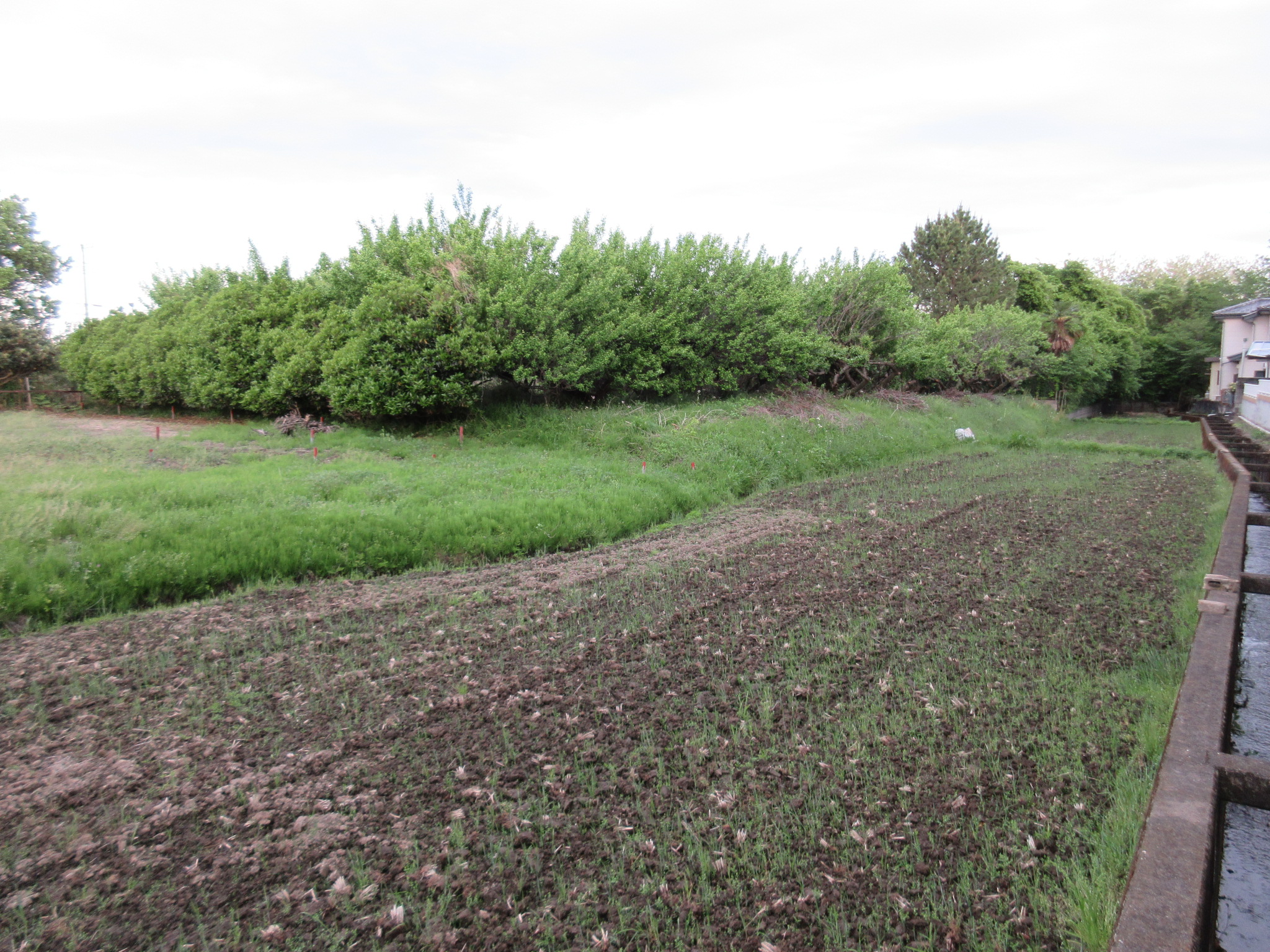 Little remains of Kitatsumeno-toride except for a former moat which is now used for narrow rice paddies. I followed this moat, which is set back and below fields and orchards which constitute the interior site of the fort, down to a small river, a tributary of the Ino River, which was used as the fort’s southern moat. This entire western outer moat segment can be followed and discerned down its length where it runs between houses and fields, but the rest of the castle site is buried under housing. Initially I failed to find anything, looking in the middle of the fort site where the inner moat was rather than at its western edge, but looking at satellite imagery I was able to discern the outer moat remains from above. There are no signs pointing to the castle ruins, and they are well-hidden. To the west of Kitatsumeno-toride was Kitāranami-toride, which is well preserved, and to the north was Yajimano-toride, of which nothing remains.

Retrieved from "http://jcastle.info/smw2021/index.php?title=Kitatsumeno_Fort&oldid=53845"
Category:
This page was last edited on 21 June 2022, at 12:55.
Content is available under Creative Commons Attribution-NonCommercial-ShareAlike unless otherwise noted.
About Jcastle.info
Contact Jcastle.info