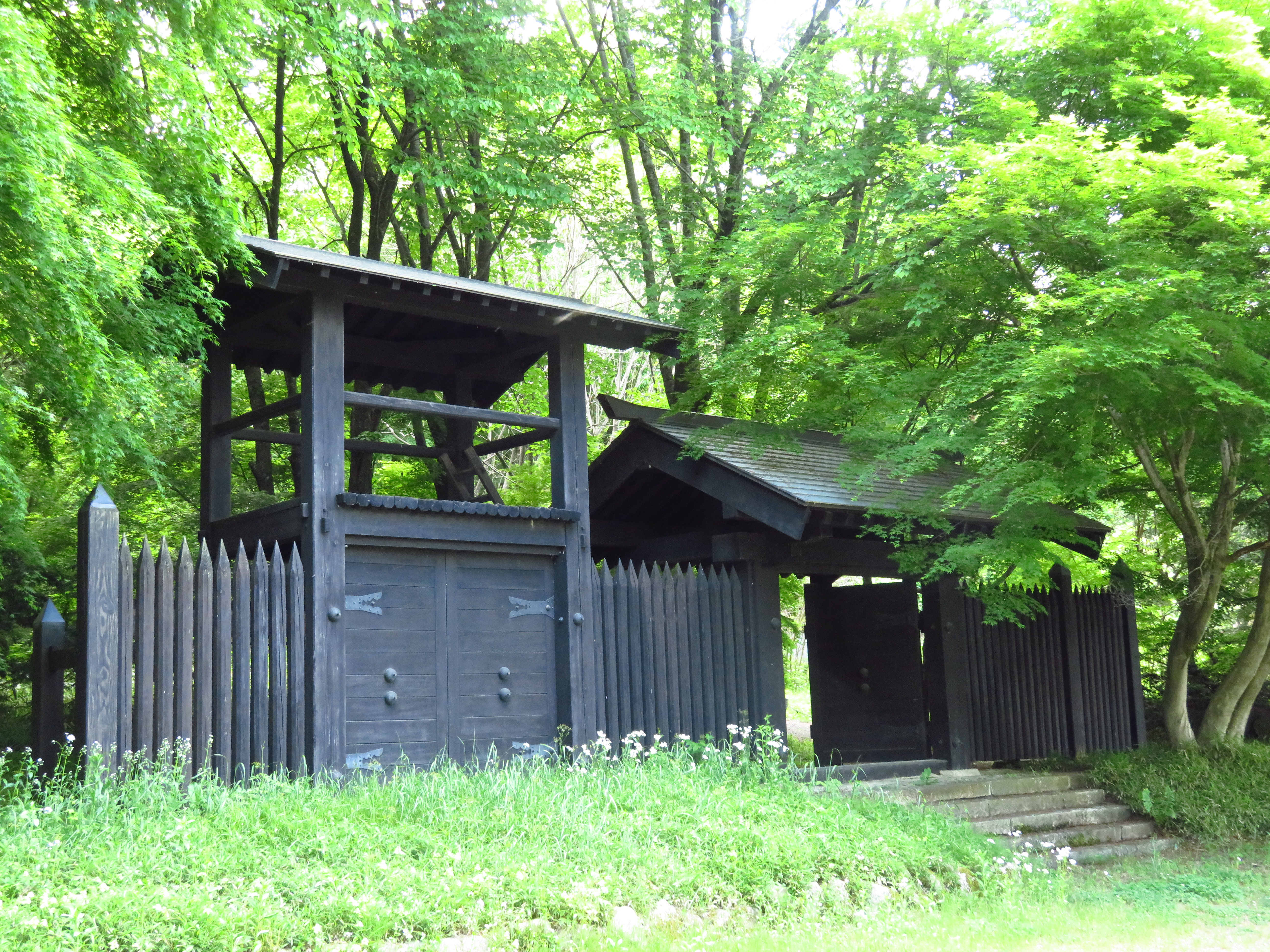 Koiwatakejō was built by Nishina Morikuni in 1522. It is thought that the castle was intended by the Nishina Clan to challenge Ogasawara Clan dominion over Shinano Province. In 1552 Takeda Shingen besieged Koiwatakejō with 3,000 soldiers. At this time the defending garrison was led by Koiwa Morichika. The defenders were just 500 but they stalled out for three months before Morichika committed seppuku and the castle fell.

Thereafter the Furumaya Clan (related to the previous lords of Koiwatakejō) lorded Koiwatakejō and were loyal to Nishina Morinobu, one of Takeda Shingen's top generals then based at Morijō. With the fall of the Takeda Clan in 1583 they fled to Echigo Province to serve the Uesugi Clan. With the resurgence of Ogasawara Sadayoshi in Shinano they returned, however, and Furumaya Morikatsu headed the clan as a vassal of the Ogasawara Clan. In 1583 Furumaya Morikatsu was suspected of planning to subvert the Ogasawara and turn on the Uesugi, and so he was purged. Koiwatakejō and Furumayajō, the main base of the Furumaya Clan, were thereafter abandoned.

Koiwatakejō is a Sengoku Period yamajiro (mountain castle) located in an idyllic forest-suburb of Azumino Municipality. It is split into two parts: the mountaintop redoubt and a lower terraced area where the day-to-day activities of the castle would've been carried out. There are minor pocket baileys leading up the mountain between these two areas. The main bailey is the topmost area of the lower reaches of the castle, and features huge boulders. Climbing sub-baileys use the boulders as retaining walls, which is unique, and there is a cave beneath one of the boulders which I imagine was dug out during the castle's time, perhaps to be used as a storage area.

Koiwatakejō has several reconstructed structures, which is always a precious gift at Sengoku Period sites! The structures, which were probably constructed for the benefit of tourists who come for the cooler alpine summers, consist of a yaguramon (turret-gate), gate, and palings with spiked tops. Further up the mountainside is a reconstructed miyagura (watch tower) (or, noroshidai (signal tower)) which serves as a viewing platform for hikers. Its ishigaki base is a bit "meh" but the wooden construct is otherwise impressive.

Furthermore, there are the usual earthwork ruins, including dorui (earthen ramparts), karabori (dry moats), and terracing. As the terracing climbs the moat beneath it seems to get deeper. The main route to the main bailey features what looks to me like a koguchi ('tiger's maw' gate ruin).

Retrieved from "http://jcastle.info/smw2021/index.php?title=Koiwatake_Castle&oldid=55920"
Category:
This page was last edited on 26 July 2022, at 02:52.
Content is available under Creative Commons Attribution-NonCommercial-ShareAlike unless otherwise noted.
About Jcastle.info
Contact Jcastle.info