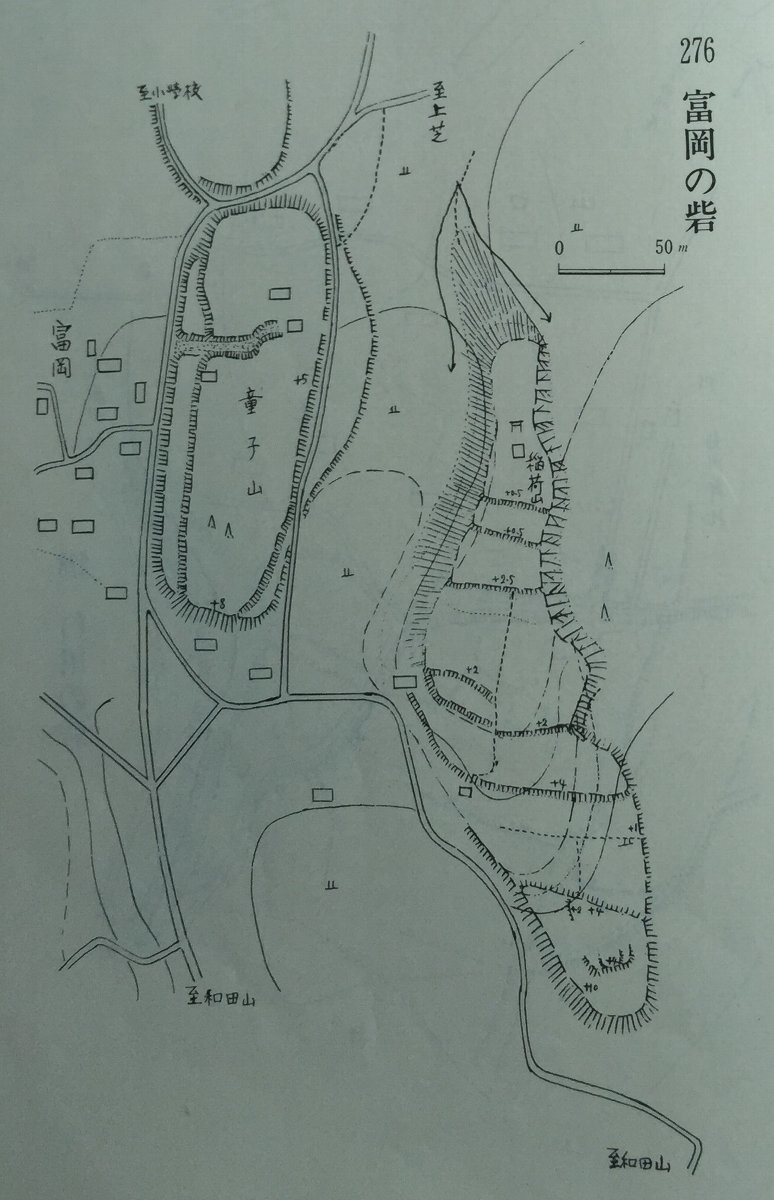 Supporting the orphaned sons of Ashikaga Mochiuji, the former Kantō Kubō who had rebelled (Eikyō no Ran) against the Shogunate and committed suicide upon his defeat in 1439, Yūki Ujitomo and Yūki Mochitomo instigated a new rebellion (Yūki Gassen) in 1440. The father-son duo were then too defeated by the Muromachi Shogunate and killed in 1441 along with the orphan boys (generally when samurai refrained from infanticide it caused more death and destruction further down the line). The Yūki Clan were scattered to the winds. Yūki Mochimitsu, the orphaned son of Yūki Mochitomo, escaped (or was rescued as he must've been just an infant) to Tomiokajō were he would be raised in secret from 1440. Mochimitsu took on the name Tomioka Mochimitsu, thus beginning the Tomioka Clan. He would remain at Tomiokajō throughout his life. In 1489 Tomioka Naomitsu would move the clan's main base to Koizumijō (which also became known as Tomiokajō).

Tomiokajō in Tomioka, Gunma, is an easily confused site. It's not so difficult to confuse this weed-infested earthworks ruin with the majestic castle of the same name down in Kyūshū (Tomioka Castle), but it is often conflated with a nearby site called Jūōzan-toride. Since the latter is a satellite fortification of Tomiokajō it could also be considered part of that castle, but specifically Tomiokajō was located on a mount east of what is now Shiroyama Park, and Jūōzan-toride is now the park site. Many castlers must come to Tomioka and, what with the paucity of information on the site, and what there is being difficult to find on account of filtering out information about the Kyūshū site, they home-in on Shiroyama Park, which, you understand, means 'Castle Mount Park', and visit there under the not unreasonable impression that it is Tomiokajō proper. I visited both Tomiokajō and Jūōzan-toride (Juuouzan Fort).

Tomiokajō, which is thought to have suffered extensive damage with the contruction of a large road on its western side, is a collection of terraced baileys and sub-baileys on the hill to the east of the road. The site is, for the most part, frightfully overgrown with bamboo grass and other pest plants, and hard to explore. Initially it seems easy to visit because a concrete road goes to a pylon, and this is kept cleared, but exploring the castle structure is near impossible. The castle master whose blog I was following said he went with a scythe! I salute him. The site of the pylon is thought to have been a bailey of the castle. Beneath here I identified terraced sub-baileys, but they were too overgrown to meaningfully photograph (I think going back in winter would yield nothing new - except for the addition of being cold - unless I were to pack a matchet).

Retrieved from "http://jcastle.info/smw2021/index.php?title=Kouzuke_Tomioka_Castle&oldid=58161"
Category:
This page was last edited on 9 September 2022, at 21:21.
Content is available under Creative Commons Attribution-NonCommercial-ShareAlike unless otherwise noted.
About Jcastle.info
Contact Jcastle.info