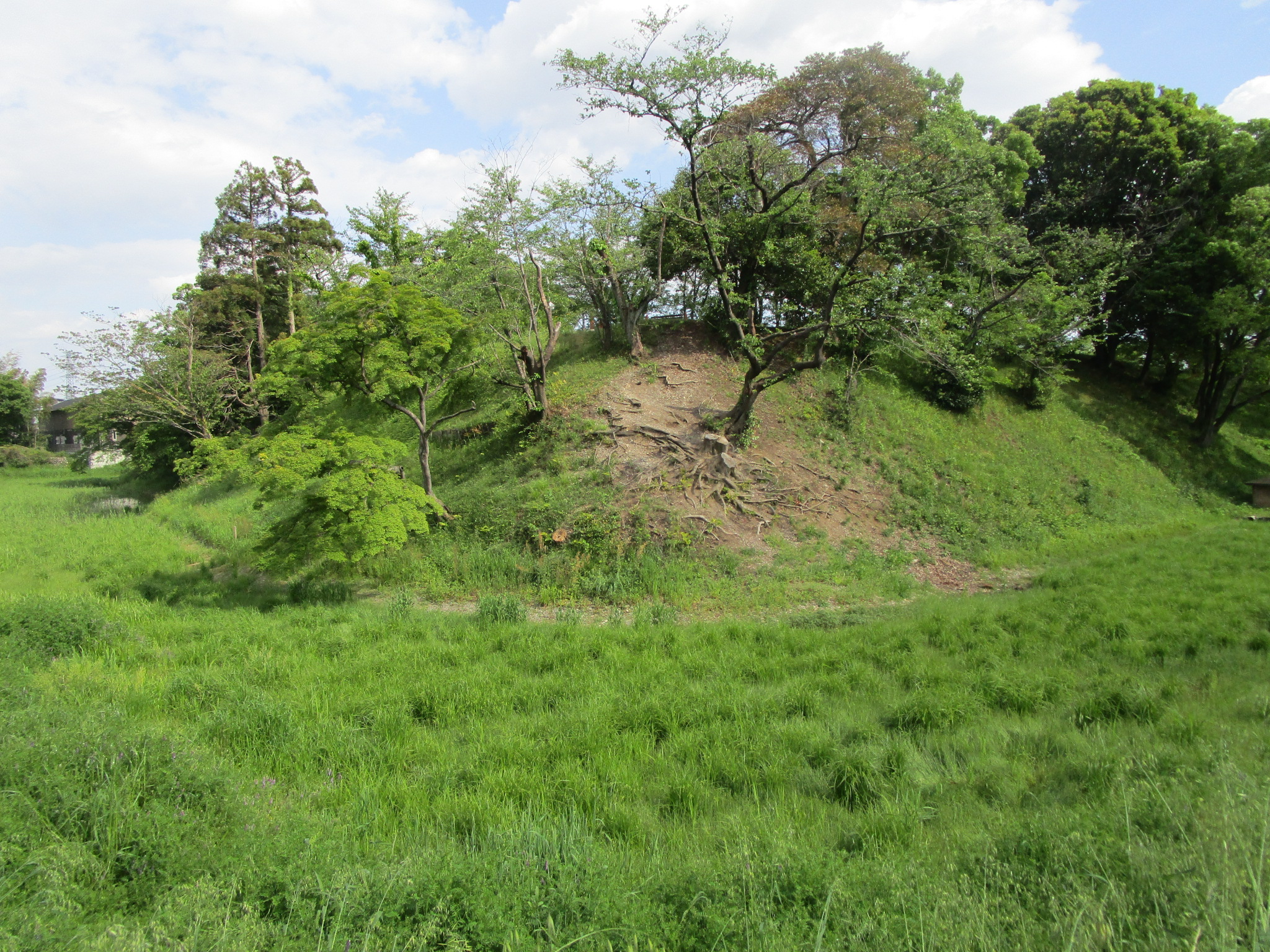 Kuronojō was built by Katō Sadayasu in 1594. His grandfather, Katō Kageyasu, had held a small patch of land in this area, but his father, Katō Mitsuyasu, had been greatly enriched (240,000 koku in Kai) through his service to Toyotomi Hideyoshi. Mitsuyasu died on his way back to Japan following the war in Korea, however, and Sadayasu took over as leader of the clan, albeit with reduced holdings (40,000 koku in Mino).

In 1600, Sadayasu became a key player in the Battle of Sekigahara, but it wasn't clear at first which side he would support. He seemed to be hedging his bets but initially gave his support to Oda Hidenobu, lord of Gifujō, and the Western Army under Ishida Mitsunari. He also sent his younger brother, Katō Hirauchi, as a hostage to Tokugawa Ieyasu though. Sadayasu was commanded to hold Inuyamajō along with Takenaka Shigemon. Luckily for lil' bro', Sadayasu convinced his compatriots to switch their allegiance to the Eastern Army under Tokugawa Ieyasu. During the prelude to the big clash, Sadayasu and Ieyasu exchanged letters, Sadayasu recieving five letters from the generalissimo. When the time came Inuyamajō was opened up to the Eastern Army; Sadayasu had betrayed Ishida Mitsunari. He then moved out and encamped near Ôgakijō to suppress enemy mobilisation from there. During the Battle of Sekigahara itself, Sadayasu held a signal tower alongside Takenaka Shigemon and Kuroda Nagamasa, fighting off Shimizu troops.

For his time as a hostage, Katō Hirauchi got 3,641 koku in Mino. Sadayasu would remain in Mino until 1610, when he would be moved to a larger feif in Hōki valued at 60,000 koku, lording Yonagojō. Whilst the move was a promotion of sorts, the timing is a little late for a reward, and it is also said that Sadayasu's attempts to construct levees on the western bank of the Nagara River lead to flooding in the neighbouring Kanō Domain, which prompted Lord Okuhira Nobumasa's wife, Lady Kame, who's daddy happened to be Tokugawa Ieyasu, to complain to the Shogunate, and this is the reason why the Katō were evicted. Subsequently the Kanō were compensated with Sadayasu's former territory. They lorded from Kanōjō nearby, and had no need for Kuronojō (and, besides, they had a shiny ishigaki-clad castle which everybody had pitched in to build under daddy's orders, whilst Kuronojō was rustic and smelly in comparison), and so it was abandoned - either with Sadayasu's move or shortly after in 1615 following the Ichikoku-Ichijōrei (One Castle Per Domain Edict).

Kuronojō is a major hirajiro (flatland castle) ruin located northwest of Gifu City. It has tall dorui (earthen ramparts) around the honmaru (main bailey). Formerly it had water moats but these are now more like swamp moats (numabori?). The site used to be much larger and some remains of the outer moat and wall also remain.

Retrieved from "http://jcastle.info/smw2021/index.php?title=Kurono_Castle&oldid=47725"
Category:
This page was last edited on 20 May 2021, at 22:13.
Content is available under Creative Commons Attribution-NonCommercial-ShareAlike unless otherwise noted.
About Jcastle.info
Contact Jcastle.info