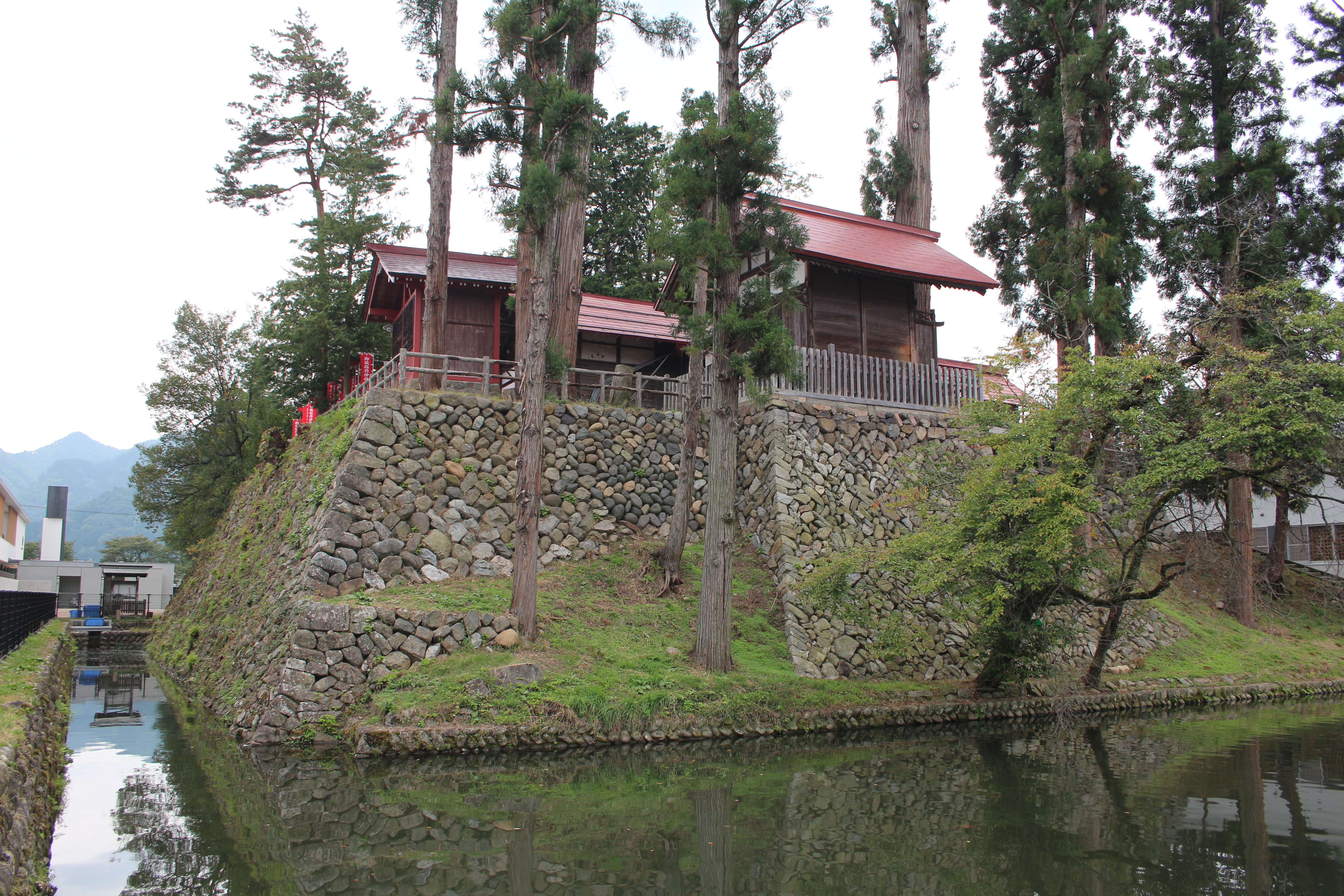 Masujimajō was built in 1585 by Kanamori Nagachika as a branch castle of his main base at Takayamajō. In 1692 the Shogunate transferred the Kanamori Clan to Kaminoyama Domain. After briefly being under the custodianship of the Maeda Clan of Kanazawa, Masujimajō was abandoned along with Takayamajō (Hida Takayama Castle) in 1695.

Masujima Castle is a rare Hirajiro, a flat-land castle, in the mountainous Hida Takayama region of Gifu Prefecture. The castle was built in 1585 when Toyotomi Hideyoshi ordered his general, Kanamori Nagachika to subjugate the Hida region. The Kanamori clan based themselves at nearby Takayama where they built a very fine castle, with Masujima established as a satellite castle to Takayama. Kanamori Nagachika's adopted son, Arishige, became the lord of Masujima Castle. When Arishige later became lord of Takayama Castle in 1608, his eldest son, Shigechika, became castellan of Masujima.

In 1615, the Tokugawa Shogunate’s Ichikoku – Ichijo Rei, the One Castle Per Domain law was enacted and so Masujima was demoted, becoming known as the Furukawa Ryokan Inn. The Kanamori clan continued to rule the Hida Takayama area until 1692, when they were transferred, and he Maeda clan of Kanazawa temporarily took control of Masujima Castle. In 1695 Hida became the direct domain of the Edo Shogunate, who wanted the resource rich area for itself, and, along with the elegant Takayama, Masujima Castle was demolished. In place of Takayama Castle, the extant Takayama Jinya was built, becoming the de-facto castle.

The walls of Nozurazumi ishigaki, rough stone construction, show its history and at eight meters high are the tallest stone walls in the Hida area. They do not rise out of the moat water like many castles, but are built on hard land just above the moat waterline. Today only part of Masujima’s wide water moat and stone wallsremain. There was no tenshu keep at Masujima, instead the main site of the small castle’s main yagura turret is now a shrine. The old castle grounds are now school grounds. Interestingly, Masujima’s layout was based on the design of Toyotomi Hideyoshi's sumptuous residence in Kyoto, the famed Jurakutei.

The ruins of Masujima Castle contain a small section of moat and stone fortifications. Where the small castle would once have stood there is now a shrine. The lower bailey of the old castle grounds now houses a school.

Masujimajō is apparently the only hirajiro (flatland castle) in Hida Province (the northern mountainous part of modern Gifu Prefecture). It is located on the grounds of a school and retains a a portion of its moat at the back, as well as ishigaki (stone-piled ramparts) all around the bailey, and in general has the apperance of a mysterious stone-clad tumulus with a shrine and trees atop. There is an inubashiri ("dogs' run") between the moat and ramparts (as opposed to the moat submersing the lower part of the ishigaki). I didn't visit them, preferring instead to hunt down another castle site, but there are, according to wikipedia, relocated structures from this small castle at several temples, including at least three gates and a building, a shoin, which may have constituted part of the lord's residence. Since I would like to re-visit Hida I'll be sure to investigate these in future, especially the shoin. The castle's outer baileys are now a residential area and school grounds.

Masujimajō was built in 1585 by Kanamori Nagachika as a branch castle of his main base at Takayamajō. In 1586 he appointed his son, Kanamori Shigechika, as castellan of Masujimajō. In 1692 the Shogunate transferred the Kanamori Clan to Kaminoyama Domain. After briefly being under the custodianship of the Maeda Clan of Kanazawa, Masujimajō was abandoned along with Takayamajōin 1695.

Retrieved from "http://jcastle.info/smw2021/index.php?title=Masujima_Castle&oldid=52929"
Categories:
This page was last edited on 14 April 2022, at 14:11.
Content is available under Creative Commons Attribution-NonCommercial-ShareAlike unless otherwise noted.
About Jcastle.info
Contact Jcastle.info