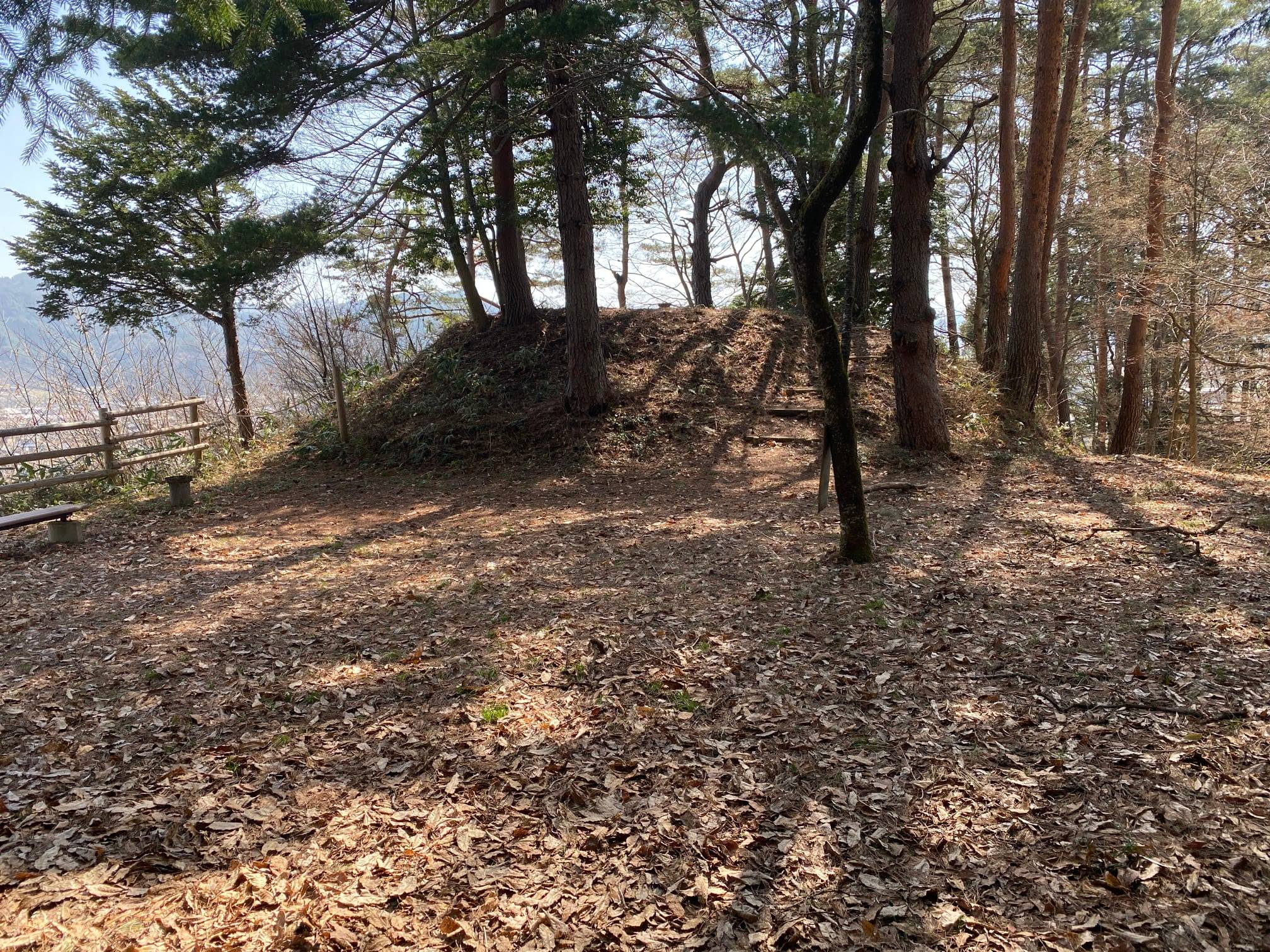 Mukade Castle (百足城) is a Hirayama-Jo (a mountain and flatland castle) located in Takano, Furukawa-cho, Hida City, Gifu Prefecture. Also known as Kakiuchiyama Jo, it is said to have been built as the residence or retirement castle of the warrior Anekoji Takatsuna (D. 1576).

The castle is mentioned in the book Hishu Shishi, compiled by Hida Provincial Governor Hasegawa Tadataka during the Kyoho era (1716-1736), and was recognised as a castle site from “long ago", but goes on to say: "Mukade Castle’s origins are unknown." The owner of the castle and the date of its construction have therefore not been fully established. Located within 1 km of Furukawa Castle, it is thought to be a branch castle of Furukawa Castle.

Stone walls were detected during a trial excavation by the Hida City Board of Education in 2017. The stone wall is 1 metre high and 5 metres wide. The small size of the stones and the field stacking method of the stone wall suggests that the castle was built by the Anekoji clan before Kanamori Nagachika entered the Hida Region. As the construction method of the stone walls differs from that of the Kanamori clan, it is believed that Mukade Castle may have been built by the Anekoji clan or later renovated by the Miki clan.

Dorui earthen mounds, kuruwa baileys, dry moats, ishigaki stone walls, Koguchi gates and turret sites remain. A castle map（discovered later）shows the turrets sites as north and south turrets. The castle is L-shaped, situated on the summit of a small mountain that juts out from the western massif into the Miya River providing a fine view of the river, the town below and surrounding areas. The main enclosure is mostly flat with a raised area yagura turret position. To the south, an earthen bridge crosses the horikiri trench separating the mountain ridge, and two leveled compounds remain in stages towards the west.

The castle is not well signposted, nor were there any information signage. I couldn't find the entrance, despite having looked at maps on-line beforehand, so I parked on the roadway running across its northern edge. It is an easy climb, and for its size, a very well planned castle.

Retrieved from "http://jcastle.info/smw2021/index.php?title=Mukade_Castle&oldid=58292"
Category:
This page was last edited on 28 September 2022, at 12:39.
Content is available under Creative Commons Attribution-NonCommercial-ShareAlike unless otherwise noted.
About Jcastle.info
Contact Jcastle.info