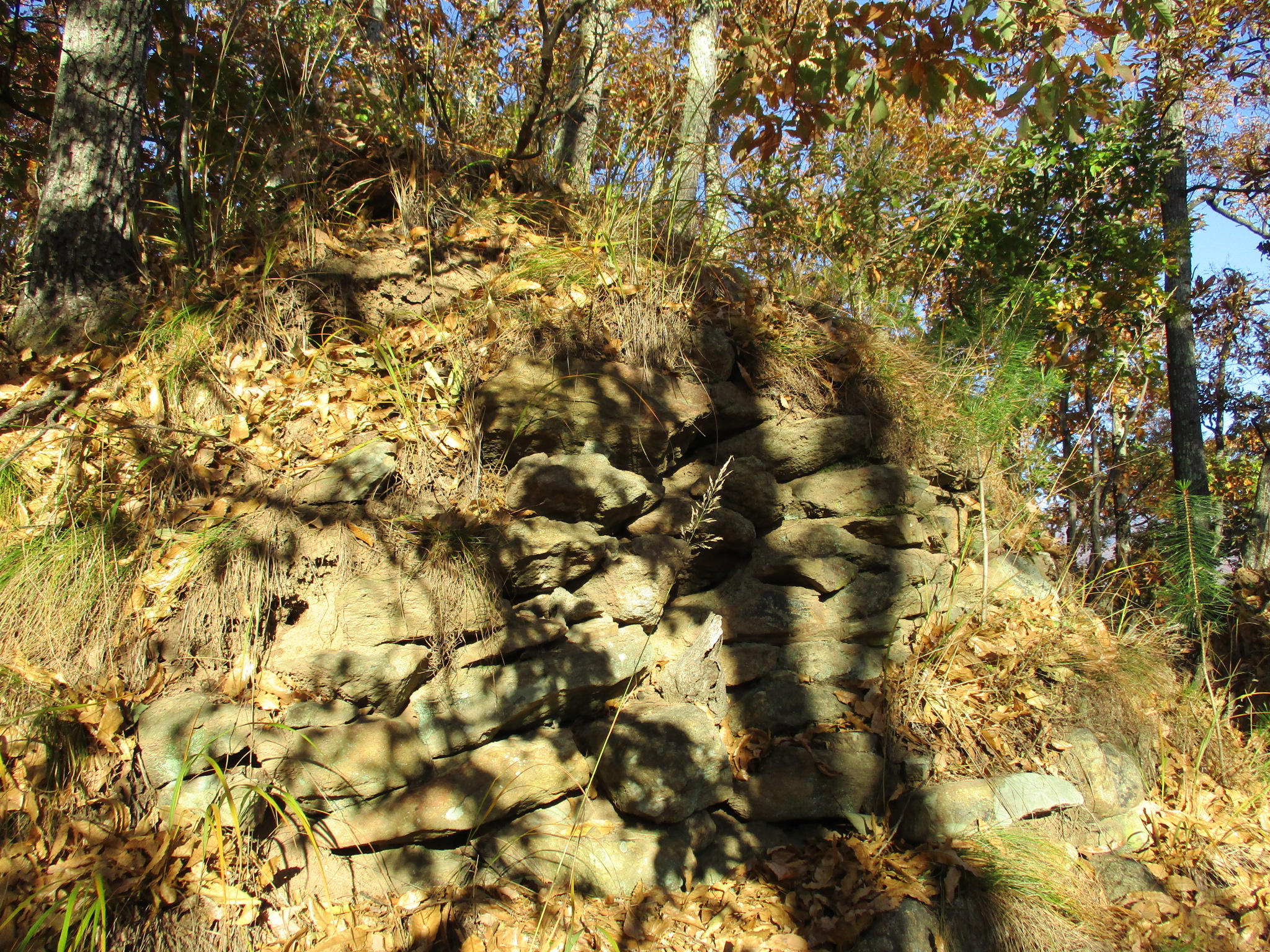 Murakami Clan would later subjugate local tribes, building new castles or expanding existing ones, such as Hanagoyajō, and use them as part of a network of fortifications to advance into territory in Saku, and later to defend against Takeda Clan who advanced into Shinano from Kai. Hanasumijō would’ve been a much smaller fort than the later Hanagoyajō built by the Murakami, the ruins of which we see today. Hanagoyajō’s precincts extend for a whopping 400m in length. It is a considerable ridgeline castle. The greater fort network is known as the Murakami Renju Toride. Hanagoyajō is part of a group of fortresses which could be called the Mount Tarō Fortress Group (太郎山城砦郡) (though the peak of Mount Tarō was not itself fortified). For more information see my profile on Murakami-Kokuzōsanjō.

Hanagoyajō is quite an impressive site. It has many baileys, trenches and such like earthworks which are carved into the ridgeline like the stairway of some terrible giant. The shukuruwa (main bailey) is surrounded by tall dorui (earthen ramparts), and there is a curious pit dug into the middle of it, creating a depression which occupies most of the bailey. There is ishigaki (stone-piled ramparts) in various places around the shukuruwa, ninokuruwa (second bailey) and sannokuruwa (third bailey), particularly in the forward facing areas of the latter two. To the rear of the shukuruwa is a fairly complex trench network in several bands, though a modern pylon separates those immediately adjacent to the shukuruwa and a further trench. The trench behind the shukuruwa is very deep and I had to climb it in order to break into the shukuruwa and inspect some remnant stonework there.

The first few baileys beneath the shukuruwa are the most impressive. Because they are large their terraces are necessarily tall. The ridge starts to flatten out beneath them, but even so there are many more horikiri (trenches), kuruwa (baileys) and some dorui all along the ridge almost to the bottom. I lost count of the number of horikiri.

To reach Hanagoyajō I continued to ascend from Arajō toward Mount Tarō. I thought the way from Ushibusejō up to Arajō had been quite steep but the climb between the Tarō shrine and Arajō is twice as steep again! Or nearly so. This was taxing me somewhat so I didn’t go all the way to the peak, despite its friendly name, and instead when I found where the ridge lines connected I immediately descended again. Descending this ridge from Mount Tarō brings one to Hanagoyajō which sits on the ridge opposite from Ushibusejō and Arajō. There is no trail down off the mountain except from just at the back of the shukuruwa, and so, since I didn't want to climb all the way back up there, I took myself off the mountain via the unorthodox conveyance of sliding down through the leaves. It was like riding a toboggan! I caught myself once or twice on a helpful tree after sliding too quickly, and when I came to the end of the ridge I lowered myself down on a vine. I got dirty no doubt but it was a lot of fun.

Retrieved from "http://jcastle.info/smw2021/index.php?title=Murakami_Hanagoya_Castle&oldid=52063"
Category:
This page was last edited on 14 February 2022, at 10:40.
Content is available under Creative Commons Attribution-NonCommercial-ShareAlike unless otherwise noted.
About Jcastle.info
Contact Jcastle.info