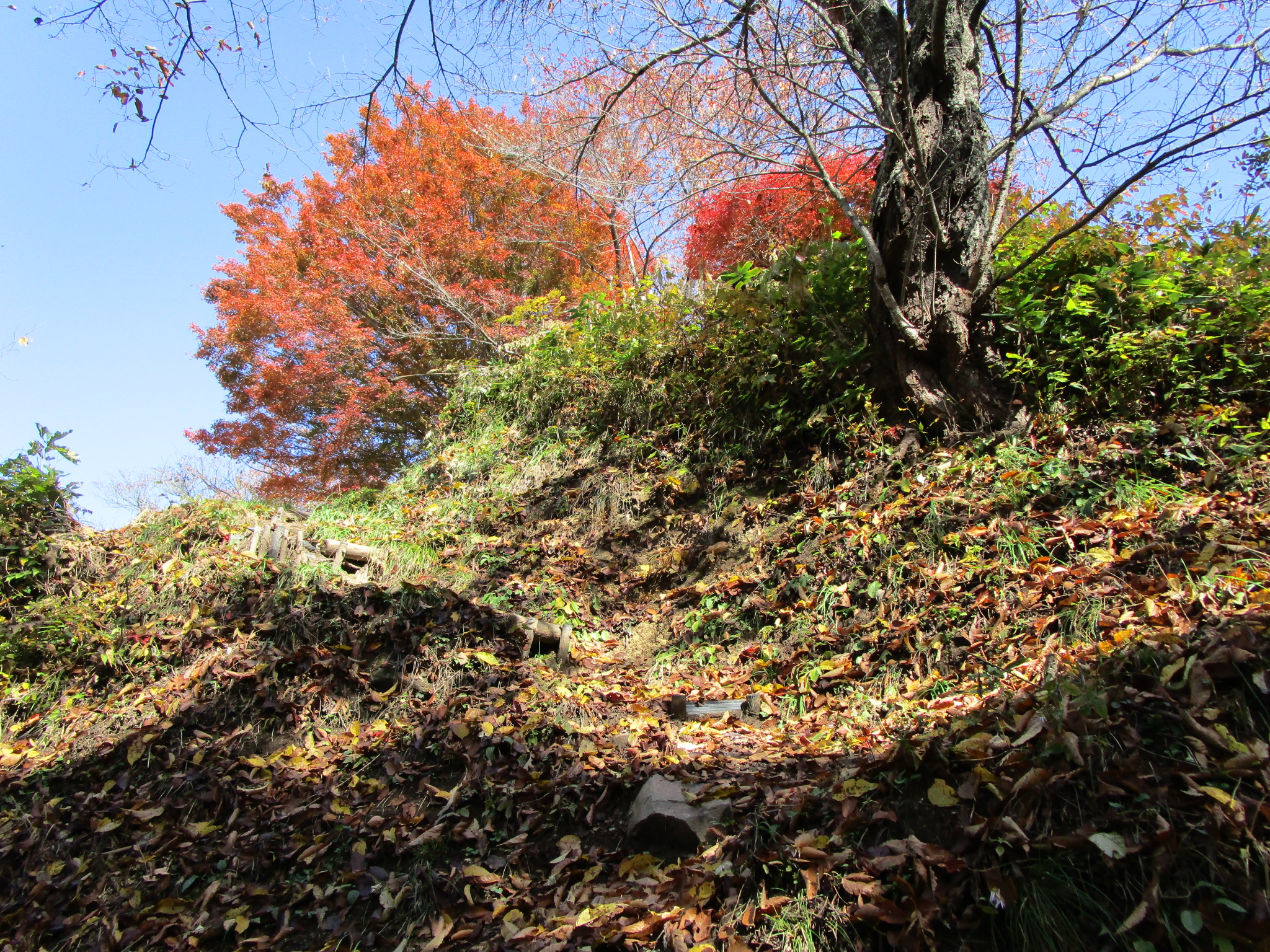 Katsuraojō was built by Murakami Yoshikiyo in the first half of the 16th century as part of his opposition to Takeda Shingen's conquest of Shinano (Shigen's home province was Kai). Katsuraojō also served as the main castle of the Murakami Clan (though their actual residence, the Murakami-kyokan, was located in the plain below). Yoshikyo was able to oppose Shingen successfully for a time, defeating him at Uedahara in 1548, and at Toishijō in 1550, but the Murakami lost Toishijō in 1551 to the Sanada, and thereafter several clans switched their allegiance from Yoshikiyo to Shingen. This was disastrous because these rebellious clans were all located to the north of Katsuraojō (Yashiro, Amemiya, Shiozaki), whilst Shingen and his allies were pushing in from the southeast. Shingen besieged Katsuraojō in 1553, and as a result Yoshikiyo fled to Echigo to join up with Shingen's rival, Uesugi Kenshin. This was accomplished with the help of the Takanashi Clan who had previously been hostile to Yoshikiyo. The fall of Katsuraojō to Shingen opened the way for the Kawanakajima Campaign famously fought between Shingen and Kenshin.

After the fall of the Takeda Clan in 1582, the Uesugi Clan controlled Katsuraojō, using it as a base from whence to check the Sanada Clan at Uedajō. During the Second Battle of Ueda in 1600, Mori Tadamasa, a Tokugawa-supporter, mobilised from Matsushirojō and occupied Katsuraojō in order to watch troop movements around Uedajō. In response Sanada Nobushige attacked Katsuraojō twice within a week, attacking both at night and in the morning. It is reported that a turncoat called Uēmon, who was resentful of Tadamasa, opened the castle's gate to Sanada forces, allowing them to penetrate the second bailey. Katsuraojō was abandoned after the Battle of Sekigahara.

Though not so large, Katsuraojō is a very satisfying yamajiro (mountaintop castle) ruin to visit. The site, popular with hikers, is well maintained and has signage about the castle, such as maps and explanations about the castle's history and features. Katsuraojō is indeed a fairly well known local site. Features include earthworks, such as kuruwa (baileys), dorui (earthen ramparts), horikiri (trenches) and kirigishi (the mountainside carved into steep inclines and ramparts to protect baileys). Some of the trenches are quite deep. There is also a segment of ishigaki (stone-piled ramparts) toward the mountainside rear of the castle. It looks to be a platform of some sort but its purpose is unclear. The castle's layout basically follows the ridge, with three integral baileys separated by horikiri. The shukuruwa (main bailey) is set furthest back. The castle ruins taper off down the ridge (toward Murakami Hime Castle) into a long series of stair-like terracing. From the middle of the castle ruin there is a steep path which goes toward Togura, and along here one can see the ruins of Murakami Iwasaki Castle.

This is my 400th castle contribution to jcastle : )

Retrieved from "http://jcastle.info/smw2021/index.php?title=Murakami_Katsurao_Castle&oldid=45538"
Category:
This page was last edited on 31 January 2021, at 11:10.
Content is available under Creative Commons Attribution-NonCommercial-ShareAlike unless otherwise noted.
About Jcastle.info
Contact Jcastle.info