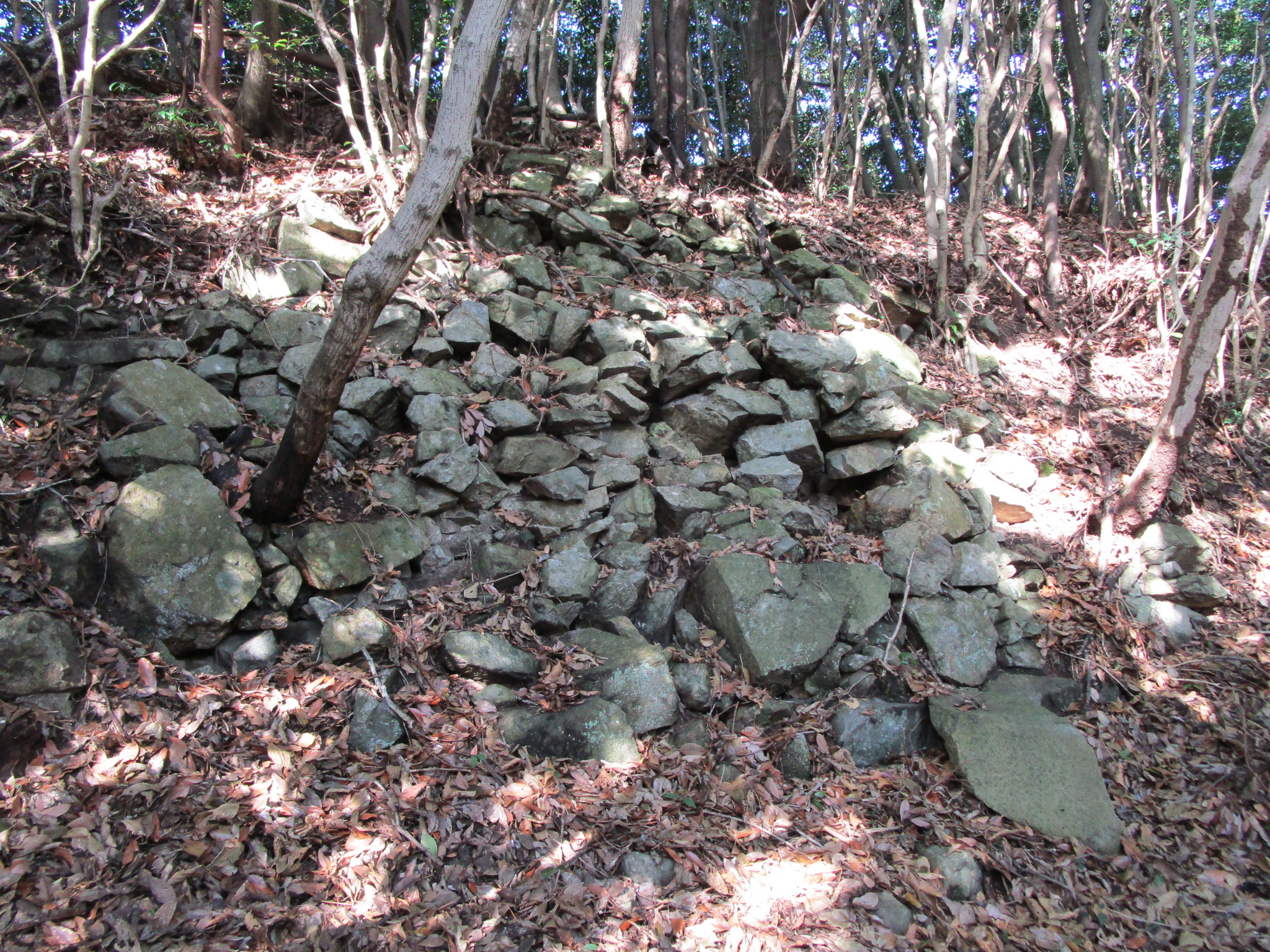 The origins of Katsuyamajō are obscure but it is said that a castle was first built on this site by Nagatomi Tsugimitsu in 1378, a vassal of the hegemonic Ôuchi Clan. In 1408, Sagara Shōsuke took over. In the Sengoku Period the castle became the base of the Naitō Clan. In 1527, Naitō Okimori and Takamori Uchizennosuke - of neighbouring Aoyamajō - got into a dispute. Lord Takamori went on the offensive and, with the aid of the Tsushida Okiteru, surrounded Katsuyamajō with 12,000 troops. However, the hegemonic Ôuchi Clan intervened on the Naitō Clan's behalf, and defeated the invaders. This event became known as the Aoyama Kuzure ("Crushing of Aoyama"). Thereafter Aoyamajō was taken over by Naitō Takaharu, Naitō Okimori's son. Naitō Okimori went on to attain high rank and became castellan of Kushizakijō on the coast.

In 1557, Ôuchi Yoshinaga tried to build Kōnominejō, relying on Katsuyamajō for support. At this time Naitō Takayo, the grandson of Naitō Okimori, was castellan. The defence at Kōnominejō failed, however, and Ôuchi retreated back to Katsuyamajō. Following this defeat, Mōri forces surrounded Katsuyamajō and laid siege to it. The outer fortifications were brought down and the defenders became desperate. At that time an arrow with a message was shot into the main bailey. It alleged a grudge between Naitō Takayo and the Mōri Clan patriarchs, and the attackers demanded his head, but said that if Katsuyamajō surrendered then Lord Ôuchi would be allowed free. This condition was accepted and Naitō Takayo committed seppuku. Ôuchi Yoshinaga did indeed leave Katsuyamajō alive. He intended to flee to Kyūshū and join his brother there, but it wasn't longer before he too was compelled to fall on his sword, committing seppuku whilst confined at Kōzanji (a historic temple in the nearby town of Chōfu, then called Chōfuku'in).

The Katsuyama-goten is situated in a valley surrounded by mountains, except being open to the south. Yamajiro (mountaintop castles) surround the palatial complex, and directly to the north is Katsuyamajō. It is not such a long climb. The site has such usual features as baileys and trenches, and there are many sub-baileys in various directions, and I saw most of them trying to find the path to Aoyamajō. A segment of ishigaki (stone-piled ramparts) remains.

Retrieved from "http://jcastle.info/smw2021/index.php?title=Nagato_Katsuyama_Castle&oldid=44596"
Category:
This page was last edited on 20 January 2021, at 18:29.
Content is available under Creative Commons Attribution-NonCommercial-ShareAlike unless otherwise noted.
About Jcastle.info
Contact Jcastle.info