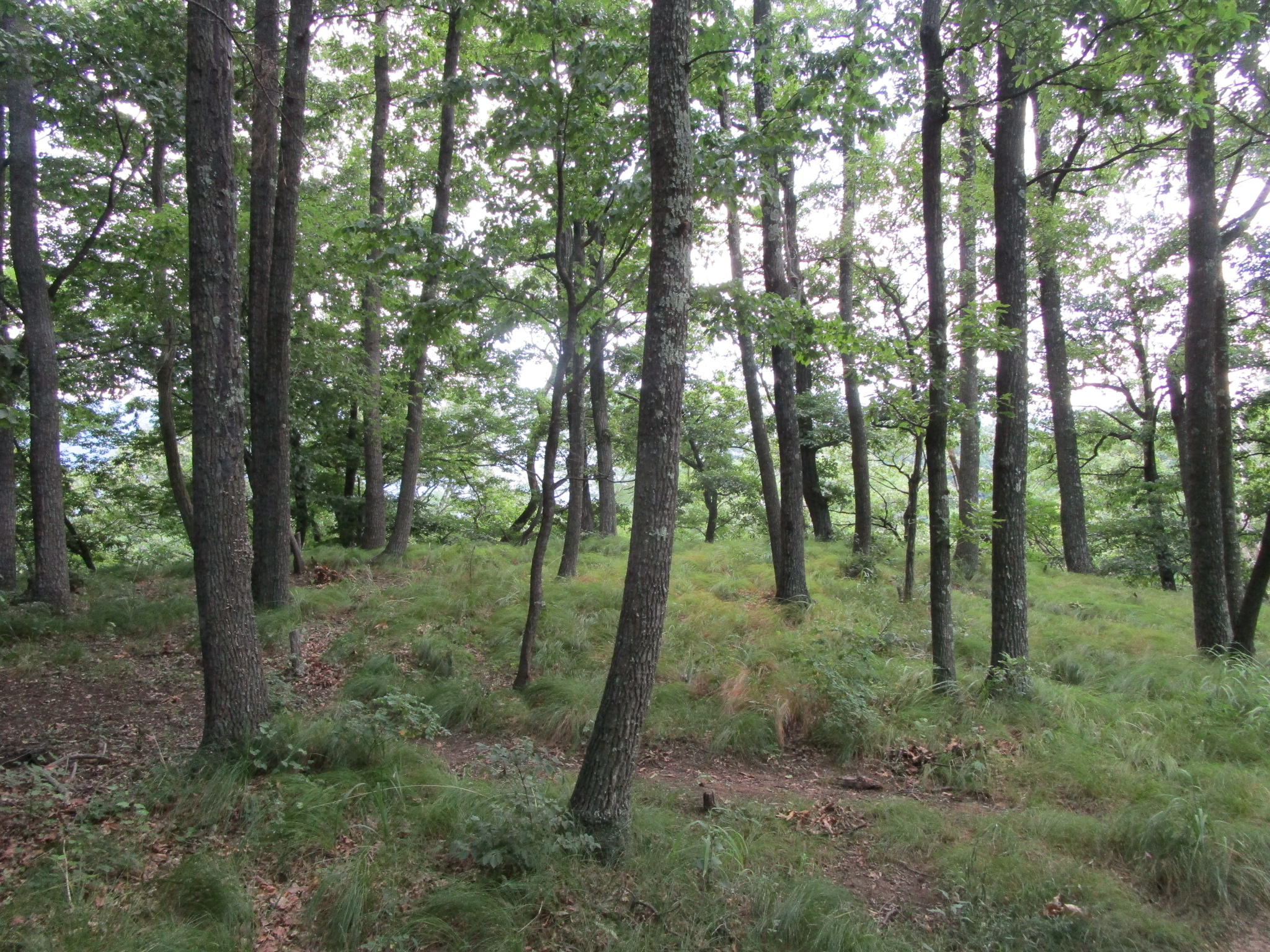 This minor site offers very little even to seasoned yamajiro (mountaintop castle) explorers. However, it's basically behind my apartment so it would be a great shame if I didn't thoroughly investigate it. Nakayama stretches from the Namiyanagi area of Matsumoto to the city's greener borderland areas adjacent to Shiojiri Municipality. On the southern peak is the main fortification, the Nakayama-toride. Half-way down, as the ridge undulates as it climbs, there is the 774 peak. This is the site of Nakayamaniyama-toride, or Nakayama Fort II.

It doesn't take long to climb from the north of Nakayama to the southern peak; about forty-five minutes up and half that down. The climb is not steep. The northern extreme of the mountain terminates in the Kōbōyama-kofun, a tumulus of times so ancient that mystery obscures them. This kofun (ancient burial mound) is known locally as a premier cherry blossom site. The most famous kofun are huge artificial hills built on the plains, but in Nagano somewhat more compact kofun were built atop of mountains. The mountains themselves became tombs. My walk started here. Climbing the ridge, there are remains of "flag mounds", a type of burial mound, here and there. I thought I crossed at least three. One had an irregular depression at the top which made me think that the sarcophagus within had been removed from there. The eternal sleep of some great rice baron, no doubt, didn't last so long after all.

The climbing elevation picks up here though not too dramatically. I made it to peak 774 easily enough. The experts say a fort used to be here. Now, the ridge line between the fort has been altered through landslides, and the area of the fort itself has also been eaten into by these mountainous movements. Ruins have been obscurred by the movements of the earth, though there is a suggestion of an emabnkment around a portion of the wide, flattened area at the peak. The fact that this peak is so flat is itself the greatest testament to its former fortification. I imagined a gate ruin where the ridge continued on, and that's as far as I could really put together for this one. A ridge spur descends from the fort eastward, and I checked a little along here but didn't see anything noteworthy. Nor did I find any trenchwork along the ridge. After this I continued up to Nakayama-toride, or Nakayama Fort I.

Retrieved from "http://jcastle.info/smw2021/index.php?title=Nakayamaniyama_Fort&oldid=48828"
Category:
This page was last edited on 18 October 2021, at 13:08.
Content is available under Creative Commons Attribution-NonCommercial-ShareAlike unless otherwise noted.
About Jcastle.info
Contact Jcastle.info