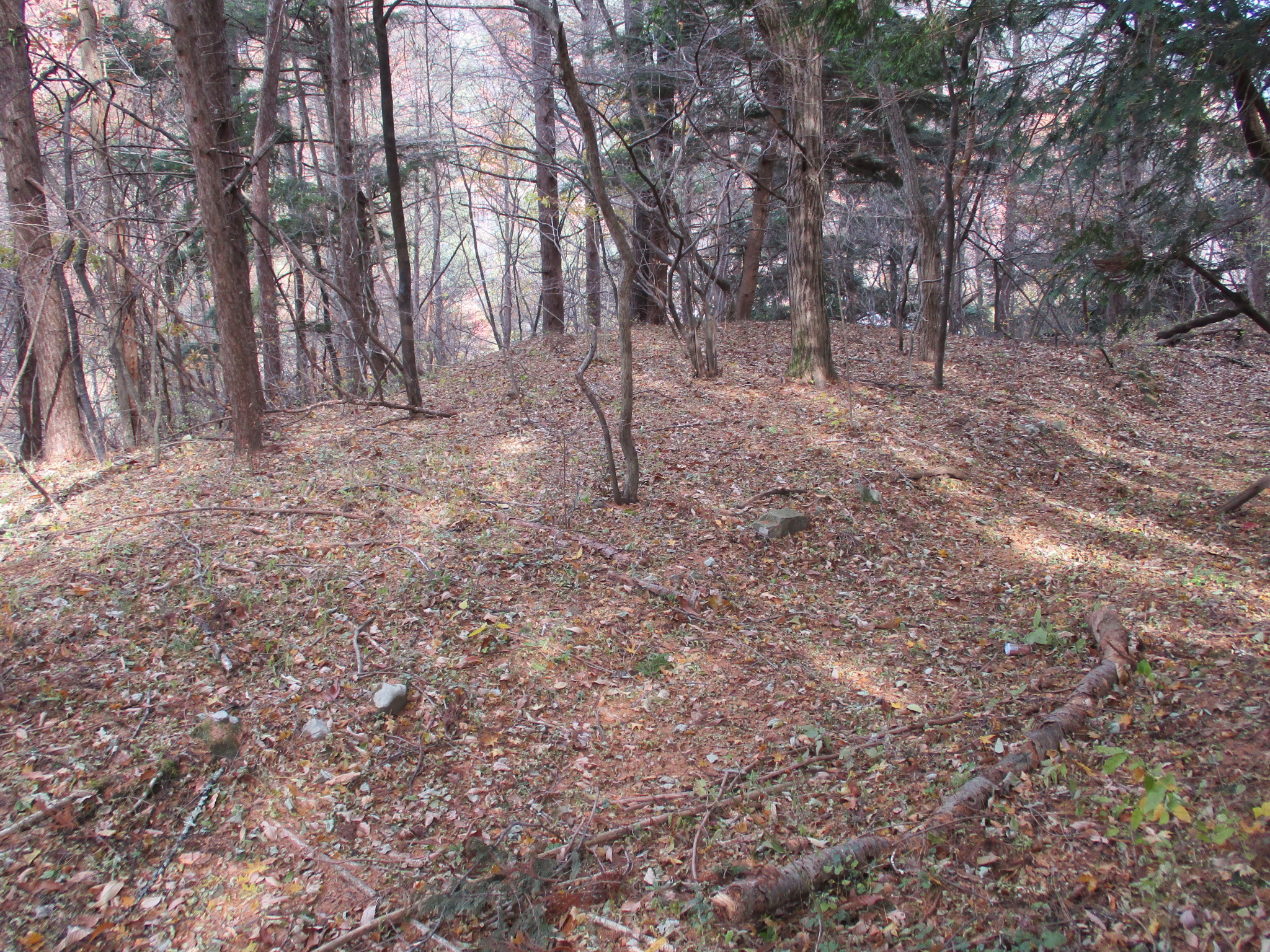 Natsumichi-toride was a fort of Kiso Yoshimasa. Yoshimasa was under the heel of Takeda Katsuyori, but conspired with Oda Nobunaga to overthrow the Takeda in Shinano. The Takeda's vassal at Fukashijō, Baba Masafusa, ordered the Nishimaki and Hata clans who were located near to the Kiso border to attack Kiso Yoshimasa in 1582, but they decided to join with him instead. They barricaded themselves in Natsumichi-toride and surrounding forts to await the inevitable reprisals from the Baba Clan. With the demise of the Takeda Clan in the spring of 1582 at the hands of the Oda-Tokugawa coalition, Kiso Yoshimasa gained territory in Aźumi and Chikuma counties. That summer, however, the tables turned again with the death of Oda Nobunaga at Honnōji, and Kiso Yoshimasa retreated to his home territory in Kiso-Fukushima as the resurgent Ogasawara, the Go-Hōjō, the Tokugawa and Uesugi scrambled to absorb the territory. In order to secure his retreat, Lord Kiso had hostages kept at Natsumichi-toride where he installed Nishimaki Futabē as commander. The fort fell in an attack by former Ogasawara vassals to liberate the hostages. The Iwaoka Clan were one of the beseigers, and it is written in their family chronicles that Iwaoka Oribe stormed the fort on horseback and rescued his father, a hostage, and then slew a Kiso man at the bridge beneath the castle mount. One can imagine that many people involved in the siege probably had family members being held hostage at Natsumichi-toride.

The Natsumichi-toride ruins consist of some earthworks ruins and some trace amount of stone walls. The fort site is situated between two large gorges, Maebuchizawa in the east, and “Eagle Gorge” in the west. An annex of the fort, sometimes called Michikusa-toride, was located across Eagle Gorge to the west. The Summer Road is a trail which wraps around these gorges, and on the east side there are earthworks. Below the fort is the site of what appears to have been a wooden gate, and there are some suggestive stone blocks lying about here. Ascending up and around beneath the roadway berm brings one to a flattened area used as the fort’s bailey. The flattened space to the north of the road remains well delineated and there are the remains of stonewalls poking out from the ground here. The south side slopes upward. There is a pylon here. Possibly shacks were erected here to house the hostages of Lord Kiso.

Natsumichi-toride means “Summer Road Fort”. The Summer Road refers to a mountain route taken in summer between Hida or Kiso and the Matsumoto Basin which linked up with the Zenkōji Route. This summer route follows a relatively flat stretch of mountains on the south side of the Azusa River valley. The winter route was on the north side. As the name implies, the Summer Road Fortresses were built along the Summer Road. To reach the ruins of Natsumichi-toride I ascended via one of the forestry roads a little west of Shinshimashima Station, and passed by many old fields with stone walls.

Retrieved from "http://jcastle.info/smw2021/index.php?title=Natsumichi_Fort&oldid=50388"
Category:
This page was last edited on 18 January 2022, at 15:13.
Content is available under Creative Commons Attribution-NonCommercial-ShareAlike unless otherwise noted.
About Jcastle.info
Contact Jcastle.info