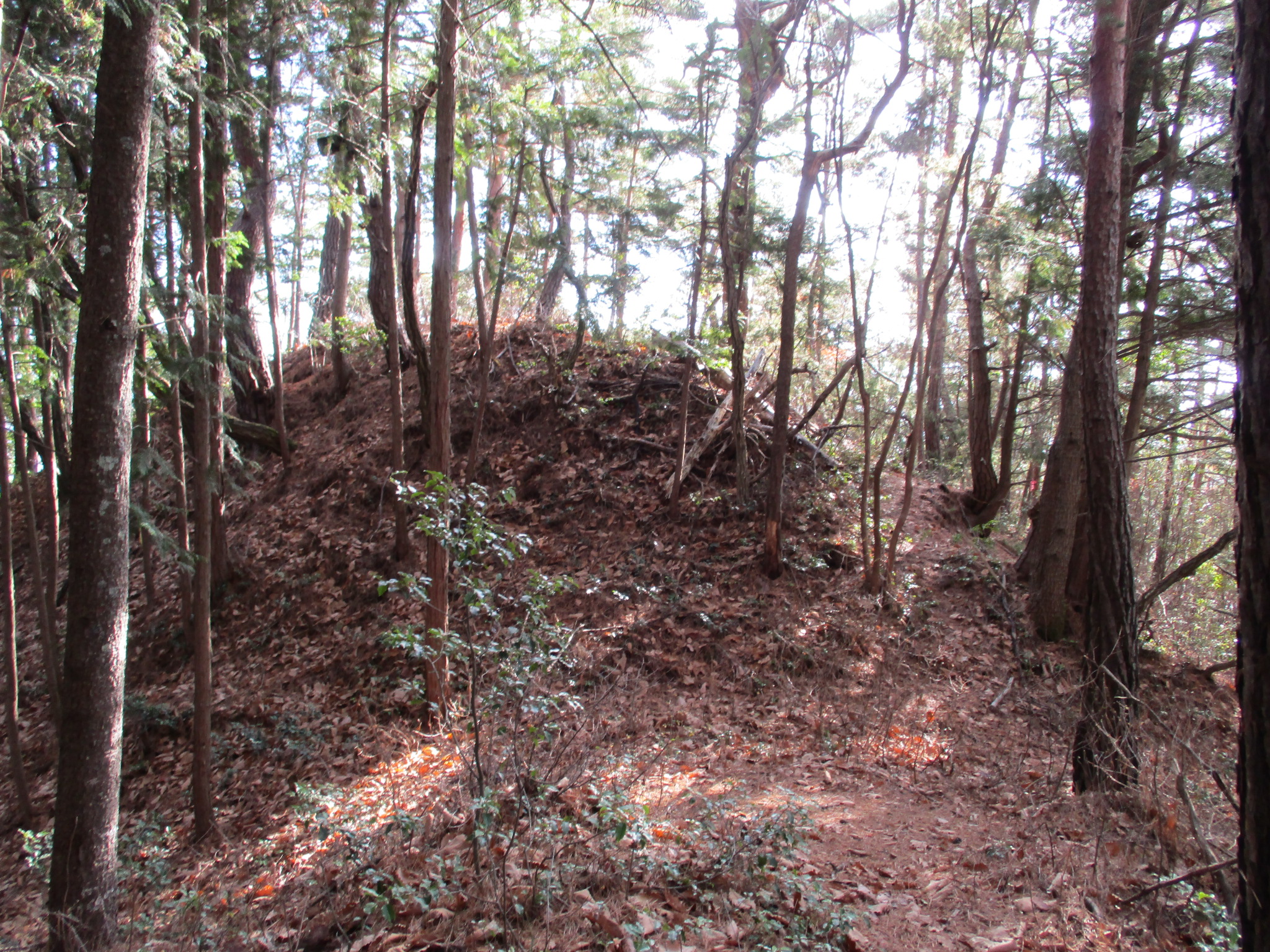 According to oral tradition the castle was founded by Tsuchiya Moritoshi. The Tsuchiya Clan were vassals of the Nishina Clan. It is presumed that Nezumianajō, also called Shirogaminejō, was a branch castle of Nishiyamajō (Azumi Nishiyama Castle). When Takeda Shingen conquered the area he appointed a Chino clansman (from Suwa) as castellan. The Chino remained in place during the era of the resurgent Ogasawara Clan. The castle was likely abandoned before the Edo period.

Nezumianajō is the site of a fortified look-out. The name, meaning 'Mouse Hole Castle', my seem strange at first, but it apparently had the original meaning of 'sleepless vigil (寝ず見)', which would have the same pronunciation. Such a cool name would be appropriate for a watchtower! Anyway, there was a little more than I expected here but still very little. The main bailey, if one can even call it that, is a decent sized mound from below, but once one gets to the top the space is very narrow, about the size of a room in the average Japanese family home, which is to say not very spacious at all. There is some terracing of the ridge beneath here on the plainside though, and on the mountainside a horikiri (trench) can be seen, forming a respectable barricade of earth out of the peak.

Retrieved from "http://jcastle.info/smw2021/index.php?title=Nezumiana_Castle&oldid=58560"
Category:
This page was last edited on 18 November 2022, at 09:06.
Content is available under Creative Commons Attribution-NonCommercial-ShareAlike unless otherwise noted.
About Jcastle.info
Contact Jcastle.info