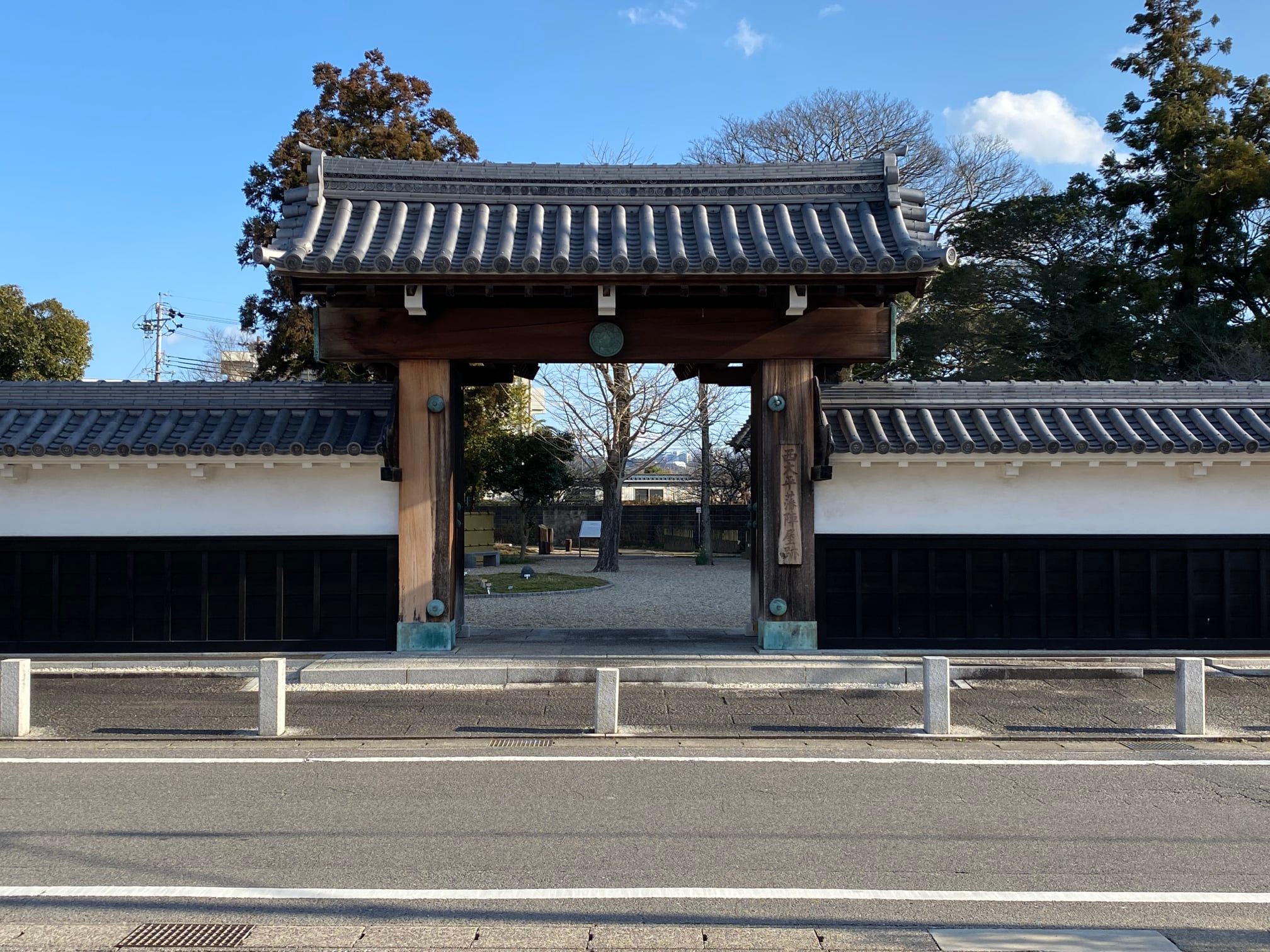 The Ooka Nishi Odaira clan were established in 1748 when the Shogun Yoshimune provided his 4,080 koku Hatamoto ranked vassal, Ooka Tadasato with lands in Hohan, Atsumi and Nukata in Mikawa (Aichi Prefecture) and raised his income to the minimum daimyo level of 10,000 koku. Ooka soon set his base in Nishi Odaira as it was located on the Tokaido near one of the most populated districts in Mikawa. The Ooka clan would rule the area for seven generations. Nishi Ohira Domain was not recognized as a single territory, but consisted of several widely scattered areas including 12 villages in the Nukata District, 5 villages in the Kamo District, another 5 villages in Hoi District, and2 in Mikawa’s Omi District. A further 3 villages in Ichihara in what is now Chiba and the Ooka clan’s original 2 villages in Koza, western Kanagawa Prefecture.

The fortified residence, the Jinya, was not actually constructed until 1748 by Ooka Tadasuke's grandson, Ooka Tadatsune. Due to their elite position within the Tokugawa shogunate, the Ooka clan were one of the few feudal clans exempted from the Sankin Kotai alternative attendance demanded of other daimyo. Even then, resided in their Edo residence near Edo Castle’s Sakuradamon full-time.

At the end of the Edo period during the Boshin war, Nishi Ohira and the Ooka clan remained loyal to the shogunate, but capitulated to the Imperial forces after the Battle of Toba – Fushimi in Kyoto. After Han System was abolished in mid 1871, the area became the short lived Nishi-Ōhira Prefecture, later being absorbed by Aichi Prefecture.

If you’ve ever watched the evening (now afternoon re-run) jidaigeki samurai drama series Ooka Echizen, you may be surprised to know he was a real person. Ooka Tadasuke (1677 – February 3, 1752) was the wise Magistrate of Edo, the Chief of Police, Judge and jury. Although he was based in Edo, his ancestral lands were located in Mikawa's Nishi Odaira where they were masters of the Jinya there. Jinya were fortified mansions and local government administrative offices for daimyo too low in pay scale or rank to be awarded a proper castle.

Located opposite Senkou-ji Temple in Okazaki, the site of the Nishi Odaira Jinya now contains an Inari Jinja shrine. The gates and walls have been recreated, but unfortunately no other structures have been rebuilt.

Retrieved from "http://jcastle.info/smw2021/index.php?title=Nishiohhira_Jin%27ya&oldid=57121"
Category:
This page was last edited on 21 August 2022, at 11:03.
Content is available under Creative Commons Attribution-NonCommercial-ShareAlike unless otherwise noted.
About Jcastle.info
Contact Jcastle.info