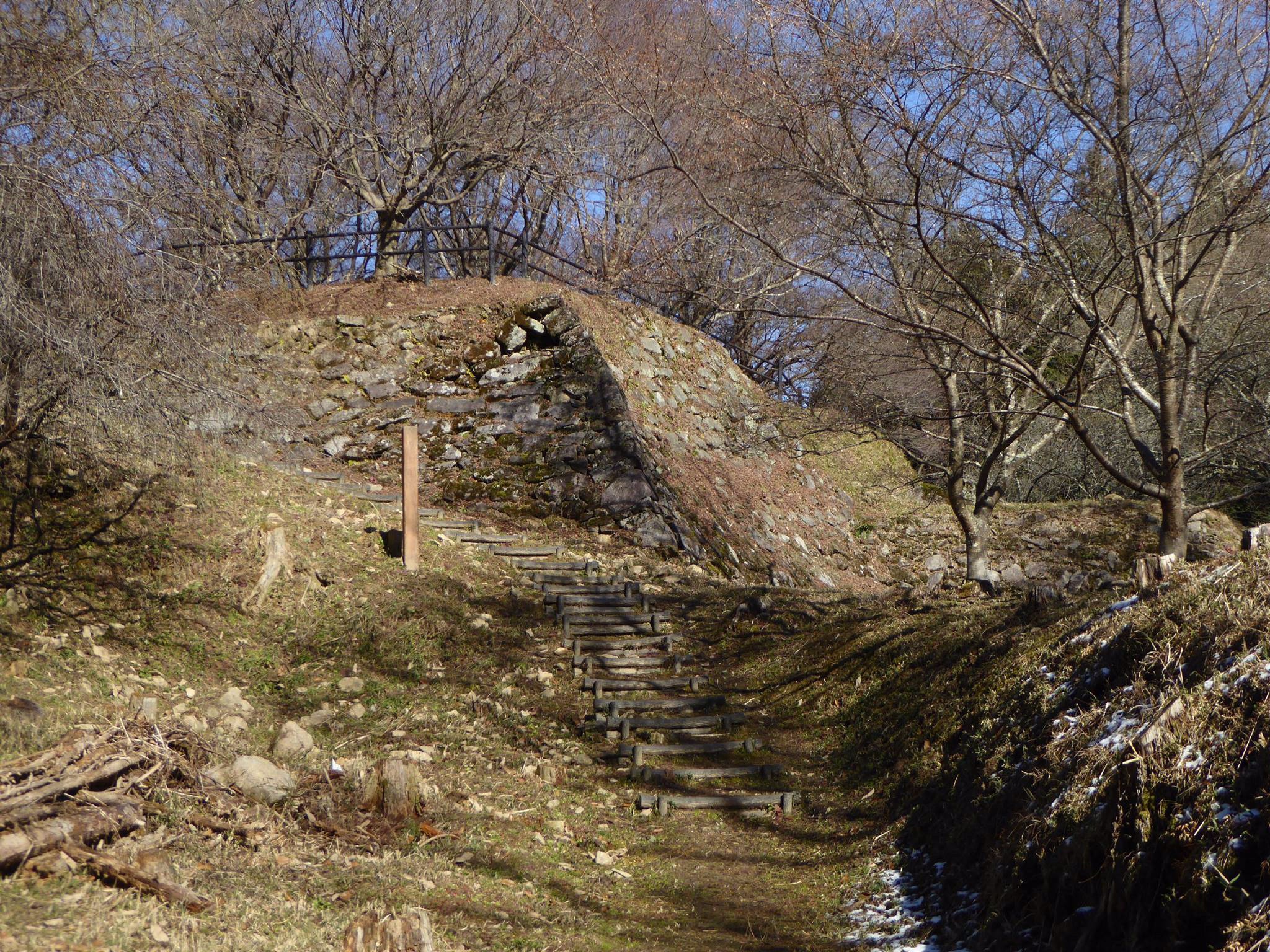 Ichiba Castle in Obara, now part of the ever expanding Toyota City in Aichi Prefecture, was built around 1502 by the Suzuki clan, retainers of the Suzuki of Asuke Castle, to guard the border between Mikawa (Eastern Aichi Pref.) and Mino (Gifu Pref.). The Suzuki clan lived at, and governed the region from Ichiba for around 90 years, and originally may have been under the control of the Imagawa clan until the rise of Ieyasu when they joined the Tokugawa. Ichiba was protected by 11 smaller castles surrounding this main castle.

In the mid 1580’s Ichiba was upgraded using the latest castle technology. Dry stone wall, or ishigaki were set in the southern sections and masugata gates, also known as Death Boxes, were developed, further strengthening the castle. This created a fascinating juxtaposition of elements of both the old style mountain castle, and the first signs of Kinsei, or early modern 17th century castle features. The ishigaki consisted of Nozura Zumi construction methods, with old style corner construction. Although it looks shoddy and rough, this sort of dry stone wall was among the most stable and easily constructed walls.

In 1590, Ieyasu accepted the Kanto region as his domain as offered by Toyotomi Hideyoshi, and transferred his operations there. However, Suzuki Shigeyoshi, master of Obara refused to make the move, choosing to remain in their territory. For this refusal, he was dismissed from service, and expelled from the lands. Shigeyoshi is said to have then traveled around the country, eventually dying broke and alone.

There are other tatebori along various slopes around the castle, and another impressive feature from older style castle, a deep horikiri, being a dry moat carved between a slope to prevent access. This horikiri is still in good condition. Most horikiri were a deep and had a distinct V shape, making it easy to slip into, difficult to walk along, and hard to climb out. You still see them in old mountain castle sites, but over the years, they have been have filled with debris, and so you don’t get to see how deep, and how very V shaped they were.

Another interesting point about Obara’s Ichiba Castle is its design. Covering around 200 square meters, the various baileys, or kuruwa, (also known as Maru) are larger than the average medieval mountain castle, and form a horse-shoe shape. The main Honmaru bailey is around 100m long north to south, and shaped a bit like an elongated gourd. The Ni-no-maru and San-no-maru ridges protrude from the northern and the southern sections of the central bailey. In the middle of this horse shoe shape, and protected on three sides by the various kuruwa is a small valley-like section known as the Sanza-batake, believed to be the main living quarters of important retainers.

Retrieved from "http://jcastle.info/smw2021/index.php?title=Obaraichiba_Castle&oldid=57115"
Category:
This page was last edited on 21 August 2022, at 11:00.
Content is available under Creative Commons Attribution-NonCommercial-ShareAlike unless otherwise noted.
About Jcastle.info
Contact Jcastle.info