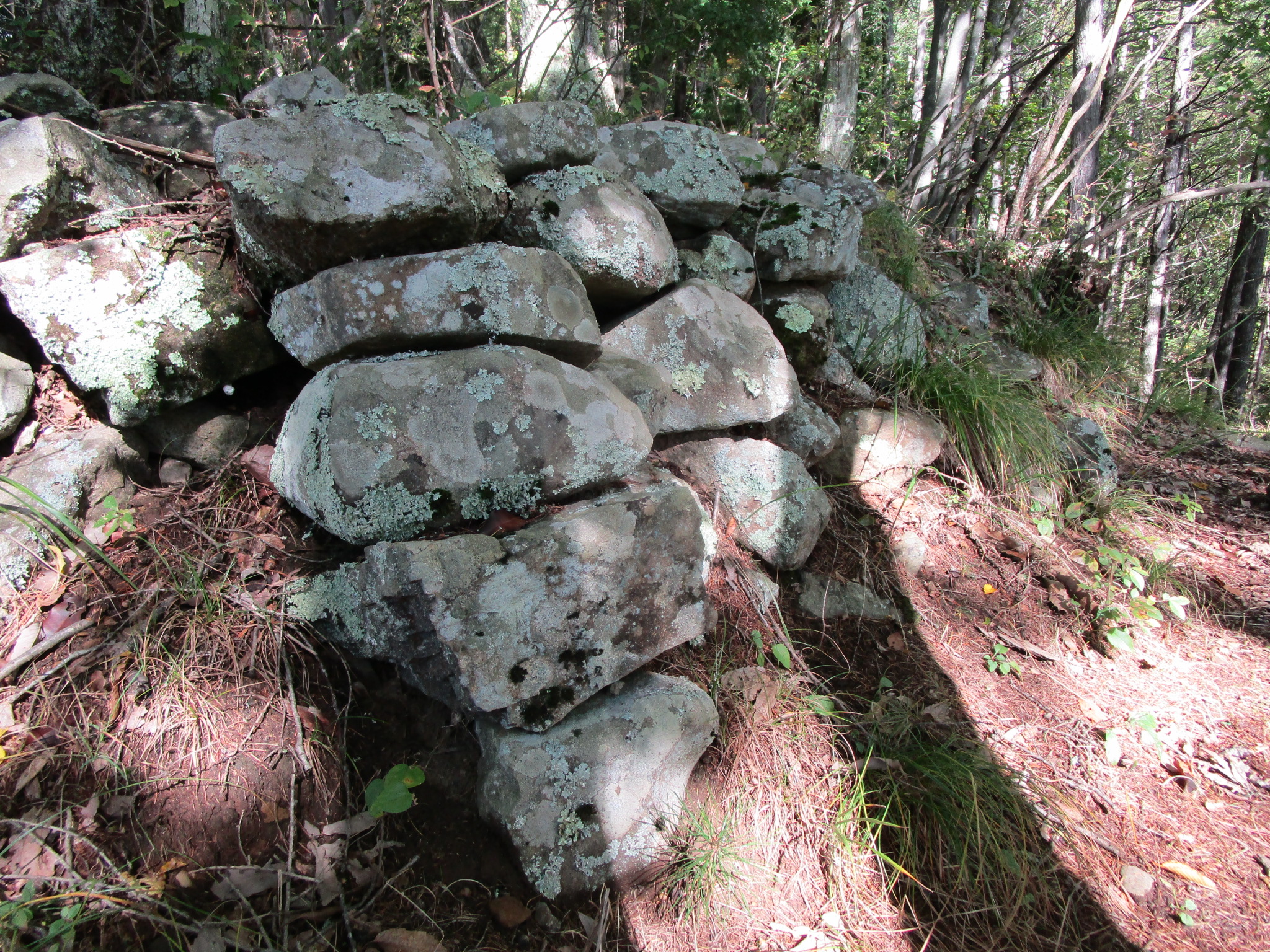 It is thought that the Hattori Clan built Omifurujō at some point. Initially they dwelled at a fortified residence at the foot of the mountains, and Omifurujō was built in the mountains as a place to retreat to in times of conflict. Omifurujō was superceded by Omijō built on a higher peak further up the mountain.

In 1553 Takeda Shingen invaded the area, capturing nearby Aoyagijō. At this time the Hattori Clan, who were vassals of the Murakami Clan, fled and joined Uesugi Kenshin. The Aoyagi Clan subsequently controlled the area, including the castles in Omi, but the latter were recaptured by the Uesugi Clan. The Omi castles were then attacked in a night raid by Takeda forces and fell for a third time.

After both the fall of Takeda Shingen and Oda Nobunaga, Uesugi Kagekatsu invaded the area, taking both the Omi fortifications and Aoyagijō. It wasn't just the Uesugi who were trying to capitalise on the sudden power vacuum, however, as the Ogasawara, traditional rulers of Shinano, were back in town, attacking and capturing both the Omi sites and Aoyagijō. These they let the Aoyagi Clan administer once again. However, in 1587 the Aoyagi were suspected by the Ogasawara of conspiring against them with the Uesugi, and consequently they were attacked at Omi and Aoyagi and put to death. It seems that the Omi castles were abandoned at this time.

I came to Omifurujō ("Omi Old Castle") before Omijō, which is higher up the mountain, and after Omi-yakata, the former site of a fortified manor house which is at the mountain's foot. Omifurujō, also known as Kokūzōzanjō, is the most interesting site of these, being the most extensive and in addition to evident baileys also possessing dorui (earthen embankments) and even ishigaki (stone-piled ramparts) which endure in some places around the main bailey. Terracing, pocket baileys, climbing trenches, and ridge-cutting trenches are other examples of earthworks which remain. The trench to the rear of the main bailey is particularly impressive and deep.

It's not indicated but if one takes the dirt track up the mountain, this path goes quite close to the ruins of Omifurujō, and so it's not difficult to scramble up from there. There's some difficult terrain such as boulders, but a rope guide is hung to assist in the climb.

Retrieved from "http://jcastle.info/smw2021/index.php?title=Omifuru_Castle&oldid=42445"
Category:
This page was last edited on 23 November 2020, at 17:22.
Content is available under Creative Commons Attribution-NonCommercial-ShareAlike unless otherwise noted.
About Jcastle.info
Contact Jcastle.info