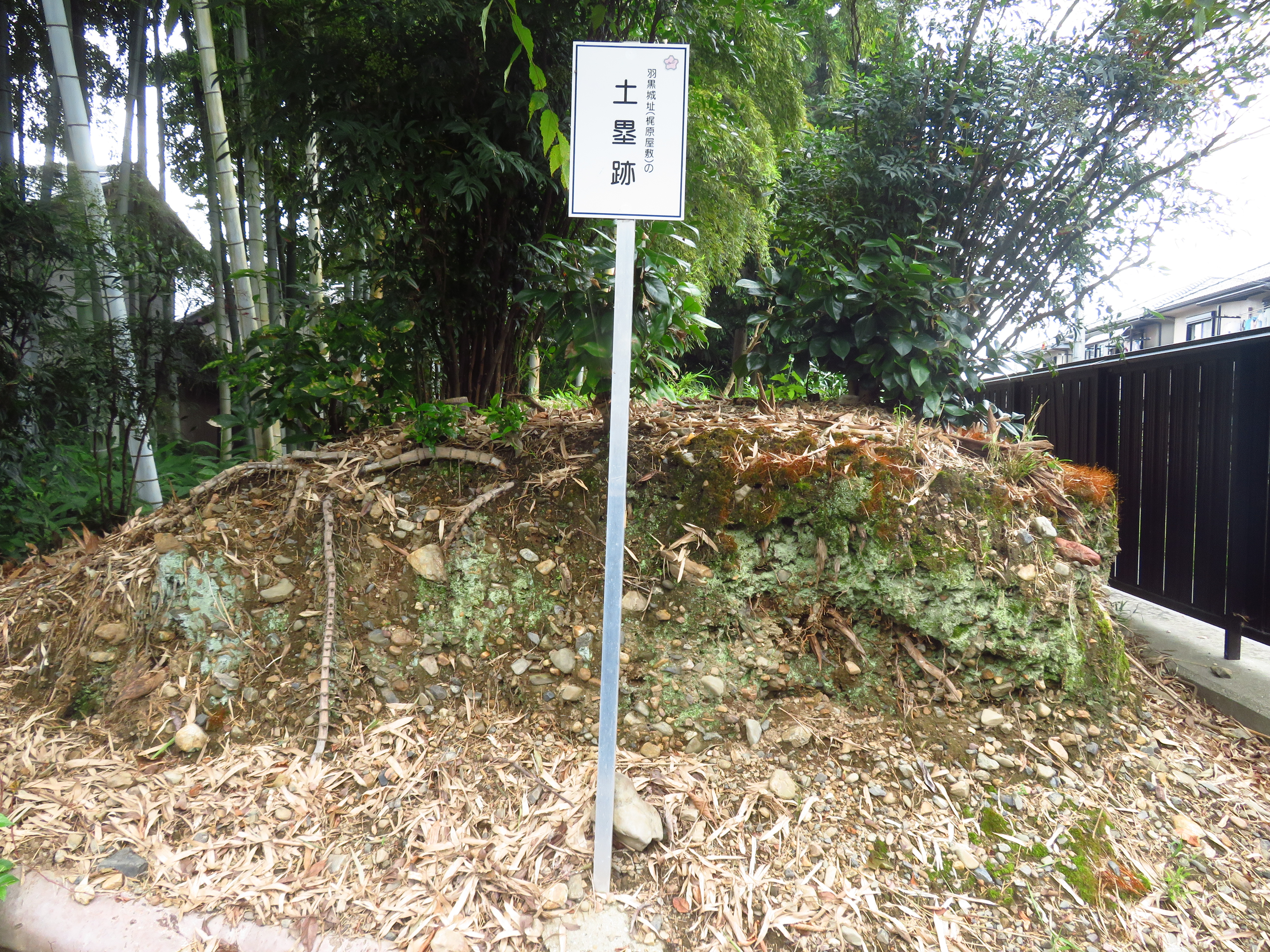 Haguro Castle is said to have been founded in 1201 by Kajiwara Kagechika, the son of Kajiwara Kagetaka and the grandson of the infamous Kajiwara Kagetoki. In the Sengoku Period Kajiwara Kageyoshi (17th generation clan head) became a vassal of Oda Nobunaga, commanding the 3,000石 fiefdom of Haguro. Kageyoshi committed Junshi after Nobunaga's death at Honnōji, which ended the Haguro-Kajiwara Clan and led to the temporary abandonment of the castle in 1582. It was, however, re-fortified in the lead-up to the Battle of Nagakute in 1584, and was destroyed during the Battle of Haguro. In the Momoyama Period Toyotomi Hideyoshi refortified the site. Hagurojō was finally abandoned permanently come the Edo Period.

The site of Owari-Hagurojō is now split between a bamboo grove and Kōzenji, a temple associated with the Kajiwara Clan, built by Kajiwara Kagetsuna in 1476, probably as the clan's Bodaiji (clan temple). There is dorui at the back of this temple today. It is thought that the castle was built on a pre-existing kofun (ancient burial mound) though this has not been confirmed. The shuden (Lord's Hall) was built where Kōzenji is today. Archaelogical investigations carried out in 2012 confirmed dorui and moat remains. Hagurojō was a bukeyashiki or yakata later used as a fort; it was also known as the Kajiwara-yashiki.

Haguro Castle is on the same train line as Komaki Castle. It is a ruin featuring earthworks such as karabori (dry moats), dorui (earthen ramparts) and kuruwa (baileys). I was greeted by an explanation board about the castle, but soon found that within the tangle of trees and bamboo was little more than a fetid mosquito den. Although the dorui was quite tall, I wasn't able to enjoy the site due to the summer conditions. I'd hoped that the site, being at the edge of a residential area bordering rice paddies, would be somewhat maintained, but it seems to be used as a bamboo grove by farmers. Next to the ruin is the temple Kōzenji (興禅寺), at the back of which is a segment of dorui, showing that the castle's footprint used to be larger than just the remaining ruins. Although it is referred to as a castle, Hagurojō was more akin to a yakata (fortified manor house).

Retrieved from "http://jcastle.info/smw2021/index.php?title=Owari_Haguro_Castle&oldid=41479"
Category:
This page was last edited on 31 August 2020, at 22:54.
Content is available under Creative Commons Attribution-NonCommercial-ShareAlike unless otherwise noted.
About Jcastle.info
Contact Jcastle.info