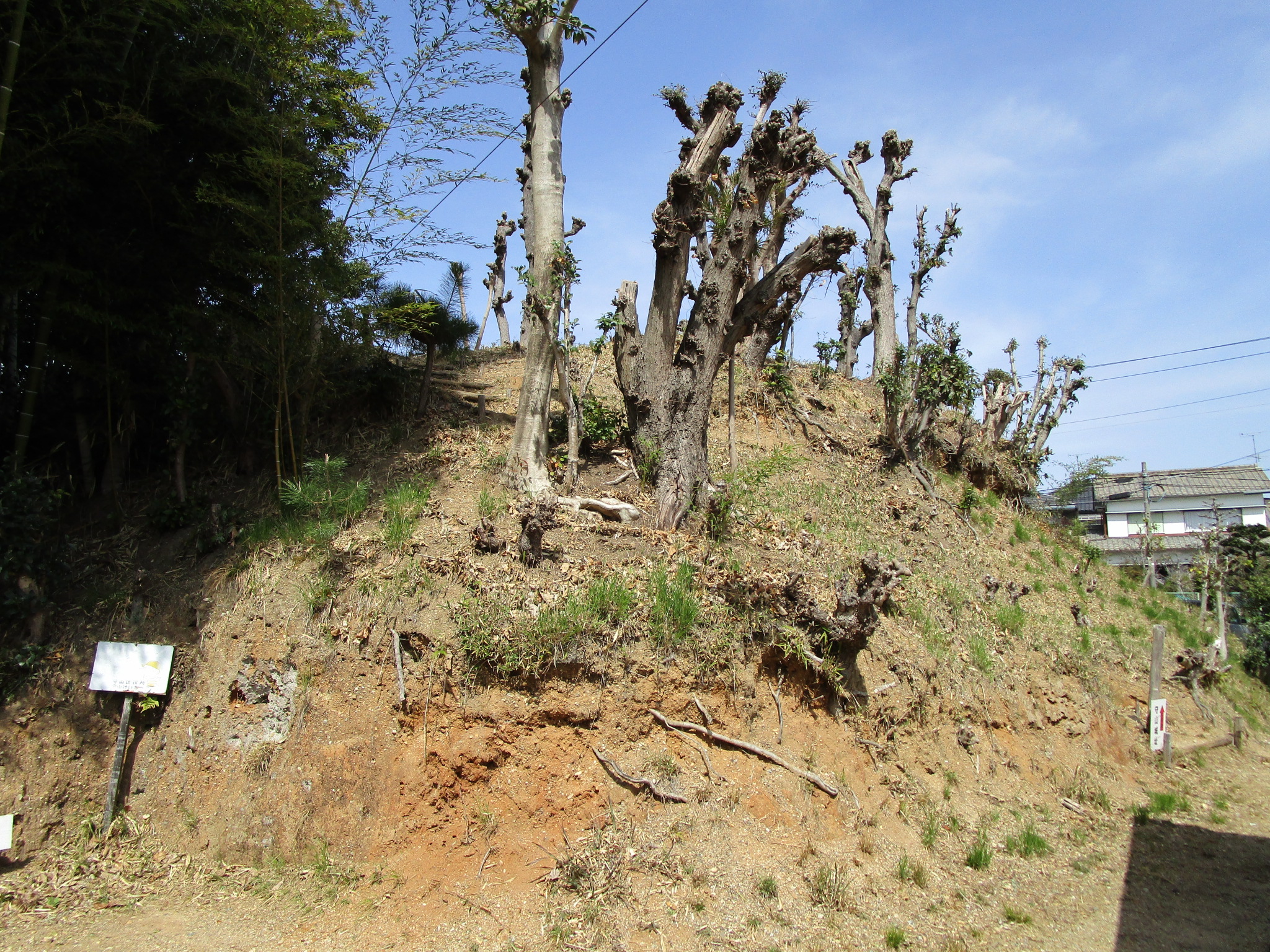 In 1526, according to the Sōchōshuki (宗長手記), Matsudaira Nobusada controlled Owari-Moriyamajō (and held Renga parties here). According to the Tokugawa Jitsuki (徳川実記, "True Chronicles of the Tokugawa"), Owari-Moriyamajō was the residence of Oda Nobumitsu in 1535. Oda Nobumitsu was the younger brother of Oda Nobuhide, leader of the Oda Clan. That year the recorded "Shaking of Moriyama" took place when Matsudaira Kiyoyasu embarked upon an attack of Moriyamajō to prevent an Oda-Takeda alliance but was assassinated at his war camp near the castle by his retainer Abe Yashichirō. The situation came about due to complicated political arrangements between, within and vis-à-vis the Ashikaga Shogunate of the Matsudaira (Tokugawa) and Oda clans in a tumult of intrigue and power politics which I do not intend to detail here (part of the castle's history is related in the Shinchōkōki (信長公記)). Actually, the castle's history is long and bloody, for although Owari-Moriyamajō served as a front-line defensive castle along with Suemorijō against the Matsudaira Clan in Mikawa and the Imagawa Clan in Suruga, it was also at the centre of civil conflicts within the Oda Clan.

In 1555, Oda Nobumitsu became lord of Moriyamajō. Whilst riding his horse along the Shōnai River near the castle later that year, Oda Hidetaka, Oda Nobunaga's younger brother, was killed by Oda Nobutsugu, provoking an attack on the castle by Shibata Katsuie under the orders of Oda Nobunaga. Oda Nobutsugu would later control the castle (he apparently kept hostages there in 1573) but was killed during the Nagashima Ikkō Revolt in 1574. It is not known for certain when the castle was finally abandoned, with suggestions ranging from after the Battle of Okehazama in 1560, after the aforementioned death of Oda Nobutsugu, or after the Battle of Komaki-Nagakute in 1584. According to the Bishūkojōji (尾州古城志), an early 18th century document, Moriyamajō was around 60m (east-west) by 50m (north-south) and had moats on all sides. This was presumably deduced from the ruins of the castle. Later a temple was built on the site in 1767. The site today is a temple, a necropolis and a residential area.

Owari-Moriyamajō is like a smaller version of Suemorijō today, both in terms of the features of its earthly remains, and also in terms of the limited access available to visitors. Much of the site is on private property and cannot be accessed. The karabori (dry moats) are rank with dense thickets of bamboo and also littered with rubbish. A portion of piled-up earth has a marker for the castle on, and visitors can ascend here. Adajacent to a moat, this embankment may have been a corner segment of dorui (earthen ramparts), part of a bailey, or even a platform for a small tower.

Retrieved from "http://jcastle.info/smw2021/index.php?title=Owari_Moriyama_Castle&oldid=47210"
Category:
This page was last edited on 18 April 2021, at 17:49.
Content is available under Creative Commons Attribution-NonCommercial-ShareAlike unless otherwise noted.
About Jcastle.info
Contact Jcastle.info