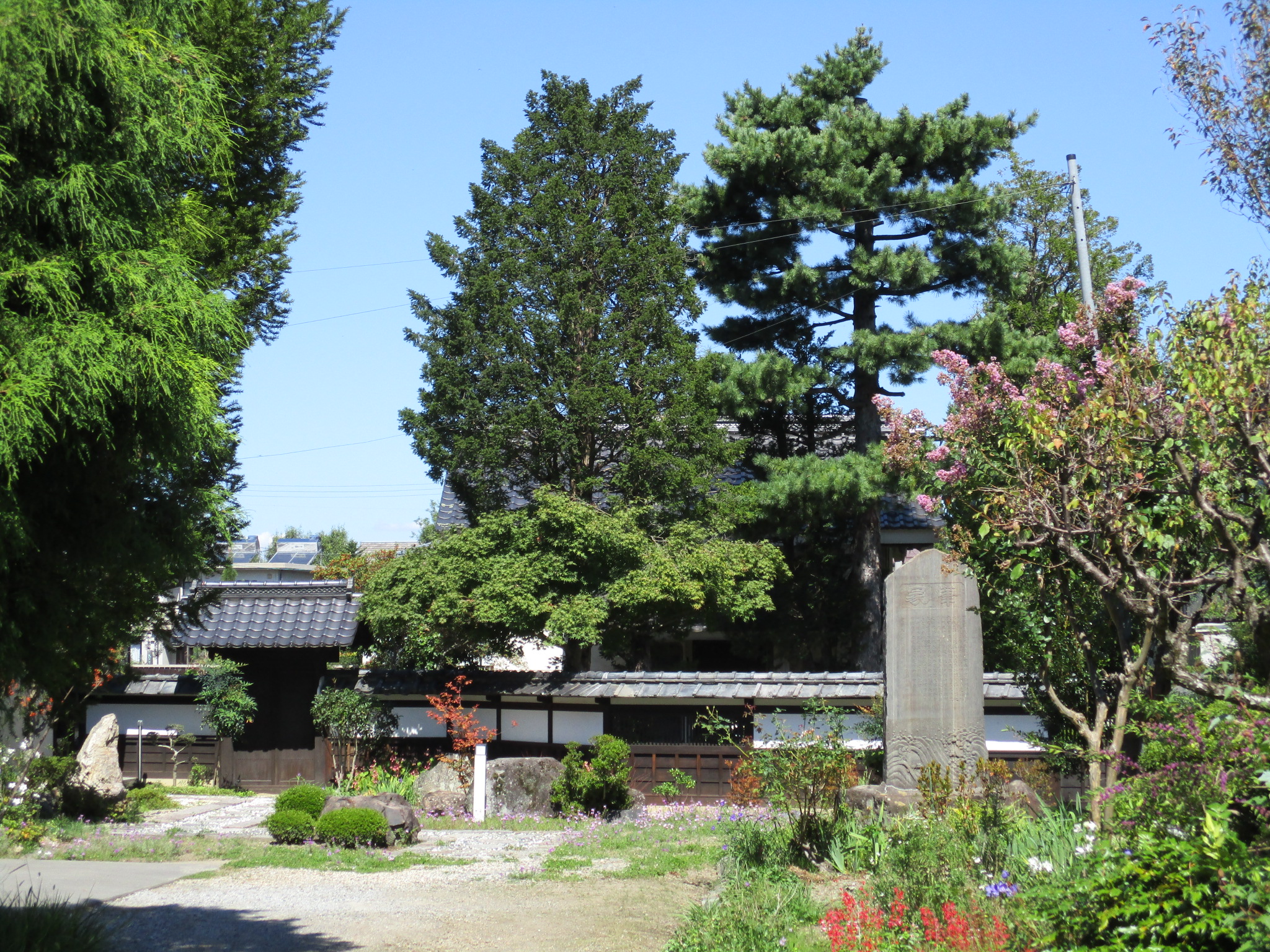 Oyobiki-yakata was the fortified residence of the Oyobiki Clan. Oyobiki is a small village in Aźumi County. The name is thought to derive from Yubiki, which is the boiling of hemp for rituals (right on, man). The clan's compound dominated the village, and the settlement was wedged between two small rivers - like ditches really. In this way Oyobiki developed as a "jōkashūraku", or "castle settlement" - smaller than a jōkamachi (castle town). The Oyobiki called their residence "Horiyashiki", indicating that it was surrounded by a moat.

Records from the time of the hegemony of Ogasawara Nagatoki list the Oyobiki Clan as vassals in 1545. After the fall of the Takeda Clan the Ogasawara Clan reclaimed the Matsumoto Basin. At this time Ogasawara Sadayoshi granted Oyobiki Genzaburō 32 kanbun / 64 koku worth of land in Himuro for his service. That's probably about enough for Genzaburō, his family, some peasant helpers, and some rough dudes plus some of their dependents.

Possible moat traces and remnants of earthen ramparts remain here at the site of Oyobiki-yakata, also called Oyobikishihori-yashiki ("Oyobiki Clan Moat House"). Many of the old homes in the area feature "yashikibayashi", or garden forests, with trees growing around them. A local brochure I found eloquently describes the village with its forested ramparts like a fortress floating atop of the rice paddies.

Retrieved from "http://jcastle.info/smw2021/index.php?title=Oyobiki_Yakata&oldid=49355"
Category:
This page was last edited on 31 December 2021, at 01:56.
Content is available under Creative Commons Attribution-NonCommercial-ShareAlike unless otherwise noted.
About Jcastle.info
Contact Jcastle.info