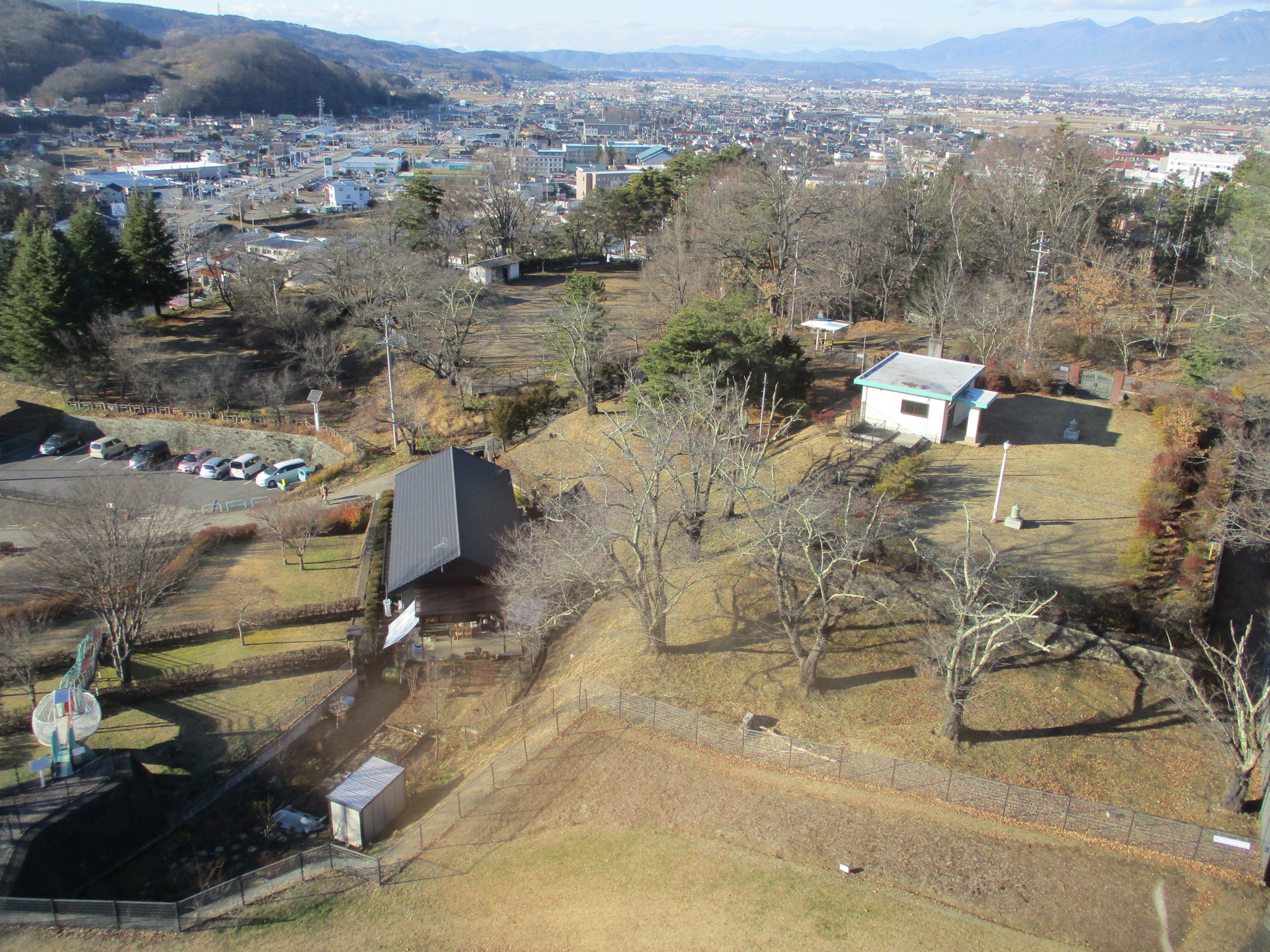 Inariyamajō was constructed in 1582 by Matsudaira Ietada during the conflict over Saku between the Tokugawa and the Hōjō. It featured umadashi (barbicans), yagura (turrets) and dorui (earthen ramparts) as defensive features.

Inariyamajō was once a mighty stronghold. It was turned into a park, which usually isn't a bad fate as far as castles go, but in Inariyamajō's case much of the ruins were buried, obscurred or destroyed in order to landscape the park. The castle's lower parts were turned into housing plots, and major structures were demolished. Now the castle hosts a space-themed park and play areas, crowned by a huge observation tower in the shape of a rocket ship, which sure makes for a strange castle tower. The castle mount also hosts a shrine to fox god Inari.

The layout of the castle can be nonetheless decently understood by looking at the various layers of the park which formed the castle's enclosures. That rocket tower also serves a purpose here. The shukuruwa (main bailey) is now barred to the public and is a water storage and / or treatment facility of some description. It's impossible for castle fans not to imagine a dry moat here separating it from a southern bailey wherein now stands the space rocket. There is a nothern bailey and western bailey also protecting the shukuruwa. To the east the mountain slopes off sharply to the Chikuma River below. I think the contours of the northern bailey retain much of their starkness, and beneath here is the Inari Shrine in what was likely a koshikuruwa (supporting bailey).

Retrieved from "http://jcastle.info/smw2021/index.php?title=Saku_Inariyama_Castle&oldid=49362"
Category:
This page was last edited on 31 December 2021, at 14:59.
Content is available under Creative Commons Attribution-NonCommercial-ShareAlike unless otherwise noted.
About Jcastle.info
Contact Jcastle.info