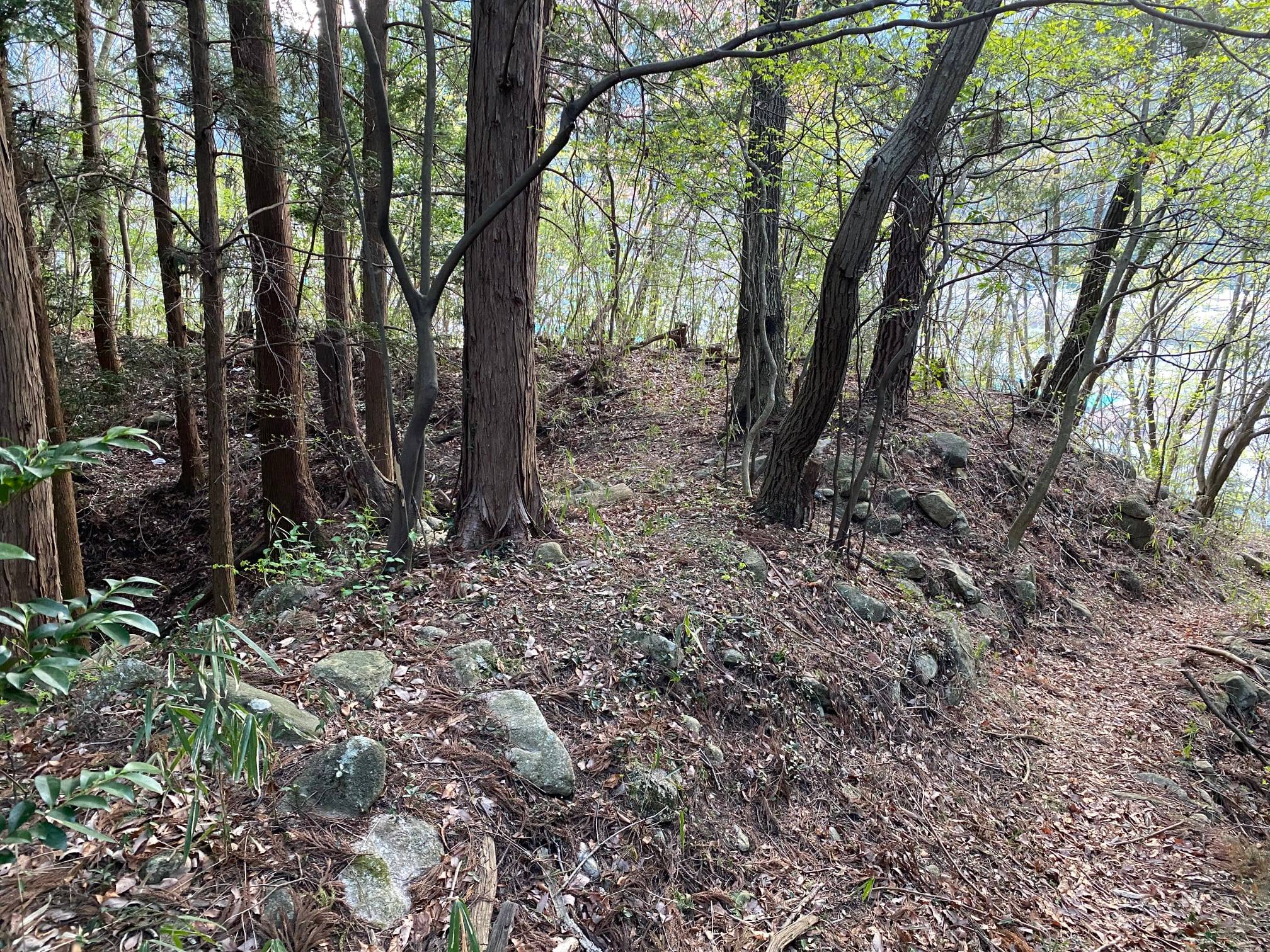 Sakurabora Castle (桜洞城) was a medieval castle built in Gero, Gifu Prefecture. It was constructed in 1544by the rulers of Hida Province, the Anekoji clan, before beginning construction on Matsukura Castle, intending it as the new home for the Anekoji. From the start of construction until the Anekoji clan could be installed into the new castle, Sakurabora served as Anekoji Yoritsuna's seat of power. Thereafter, once the clan was established in Matsukura Castle, the Anekoji used Sakurabora as their winter home. The castle is built on high ground to the south of the point where the Sakuradani River joins the Hida River. The hill top itself is now rice fields, and most has fallen into disrepair.

According to a castle map published in the 18th century “Historical Records of Hida", Sakurabora was 144 meters east-west and 180 meters north-south. It was surrounded by dry moats, including twin dry moats to the north and east. The shape of the castle, according to the map, suggests the remains were a residence, and it is probable that there was another facility, a mountain castle, in the near vicinity, but this has not yet been identified.

As mentioned, it was the residence of Anekoji Yoritsuna (aka Miki Jitsuna) the master of Hida, until Matsukura Castle was built in 1579 and the Anekoji clan moved their residence there, after which Sakurabora became a branch castle of Matsukura Castle (aka Natsu-Jo, the Summer Castle) and Yoritsuna's son, Nobutsuna, became its lord. Nobutsuna was later lured to his death at Matsukura Castle having been suspected of treason. The subsequent commander of the castle is unknown, but Sakurabora was used as a winter stronghold, hence being known as the Winter Castle. Sakurabora Castle was attacked by Kanamori Nagachika in 1585 and fell. The castle was abandoned when Hagiwara Suwa Castle was completed a few kilometers away.

The site is not well signposted. Seeking the actual site there was a nearby mountain to the south above the main road that I initially thought might have been the castle site. Perhaps it is the site of the suspected mountain castle facility, as it is the closest and highest point. Eventually I found the actual site with a small wooden signpost proclaiming it the site of Sakurabora Castle.

On the slopes above the JR Takayama Main Line tracks that pass through the site to the west is a large dorui (earthen embankment), overlooking a deep karabori (dry moat) running about 35m (my guesstimate) north south, with a 90 degree right turn at the northern end, and another 10m section of karabori. North of this, the site suddenly drops down towards the Sakuradani River. Along the path leading to the main site are traces of low ishigaki. The southern end of the karabori has what appears to be a yagura site. The raised corner section is littered with loose rocks which may have been ishigaki.

To the east of the karabori northern sections along the ridge above the Sakuradani River is a long section of dorui, with low ishigaki, probably serving as a retaining wall, along the base.

Although Sakurabora Castle seems to have been a large and important site, very little information and ruins remain.

Retrieved from "http://jcastle.info/smw2021/index.php?title=Sakurabora_Castle&oldid=57113"
Category:
This page was last edited on 21 August 2022, at 11:00.
Content is available under Creative Commons Attribution-NonCommercial-ShareAlike unless otherwise noted.
About Jcastle.info
Contact Jcastle.info