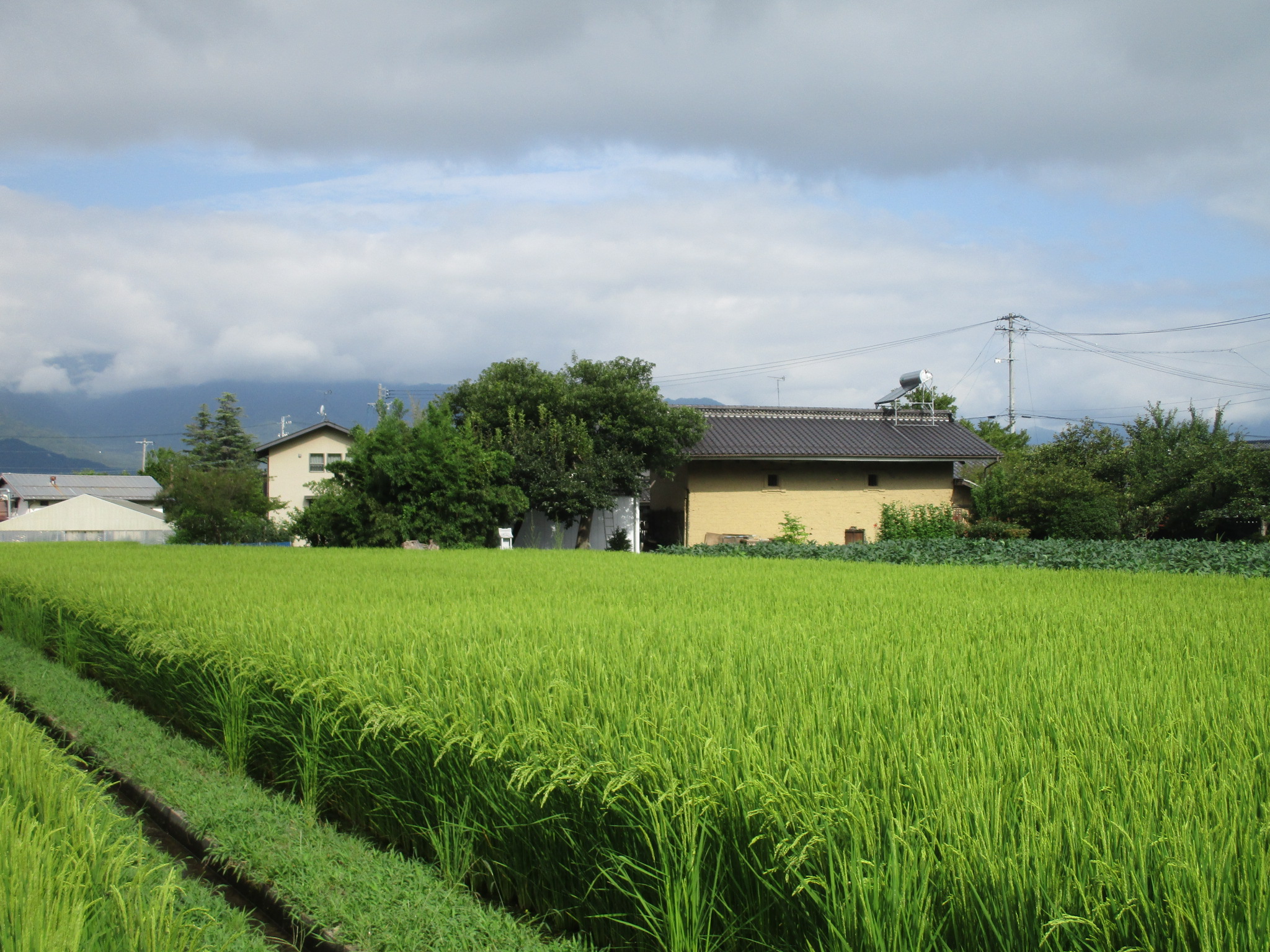 I took the opportunity in passing by to re-visit this site to check for remains of the yakata (fortified manor hall) which I may have missed last time. Castle bloggers report a small segment of dorui (earthen ramparts) still present between rice paddies, just behind a large earthen wall storehouse. However, I can confirm this last segment has now been levelled and no obvious ruins remain. The hokora (mini shrine) and large partially felled tree atop of the dorui present in old photographs are no longer there (the hokora has been replaced with a new one) either, and there is some new pre-fab' shed in the place of the dorui.

Shibutami-yakata was the last site I visited in a tour of ten sites in Aźumi in late May, my last of the season that year. I visited six yakata sites and four yamajiro (mountaintop castle) sites. I usually don't report on my return journey but during the cycle back to Matsumoto I encountered an interesting atmospherical phenomena. The road I was on was dry, but the road ahead was wet and it was raining there. When I cycled in it was like hitting a wall of water. A few minutes later the road was suddenly dry again, though I was very wet, and I had cycled out of the rain. I had encountered an extremely localised downpour. I began to wonder if I shouldn't have simply cycled /around/ the rain.

Retrieved from "http://jcastle.info/smw2021/index.php?title=Shibutami_Yakata&oldid=56232"
Category:
This page was last edited on 8 August 2022, at 19:33.
Content is available under Creative Commons Attribution-NonCommercial-ShareAlike unless otherwise noted.
About Jcastle.info
Contact Jcastle.info