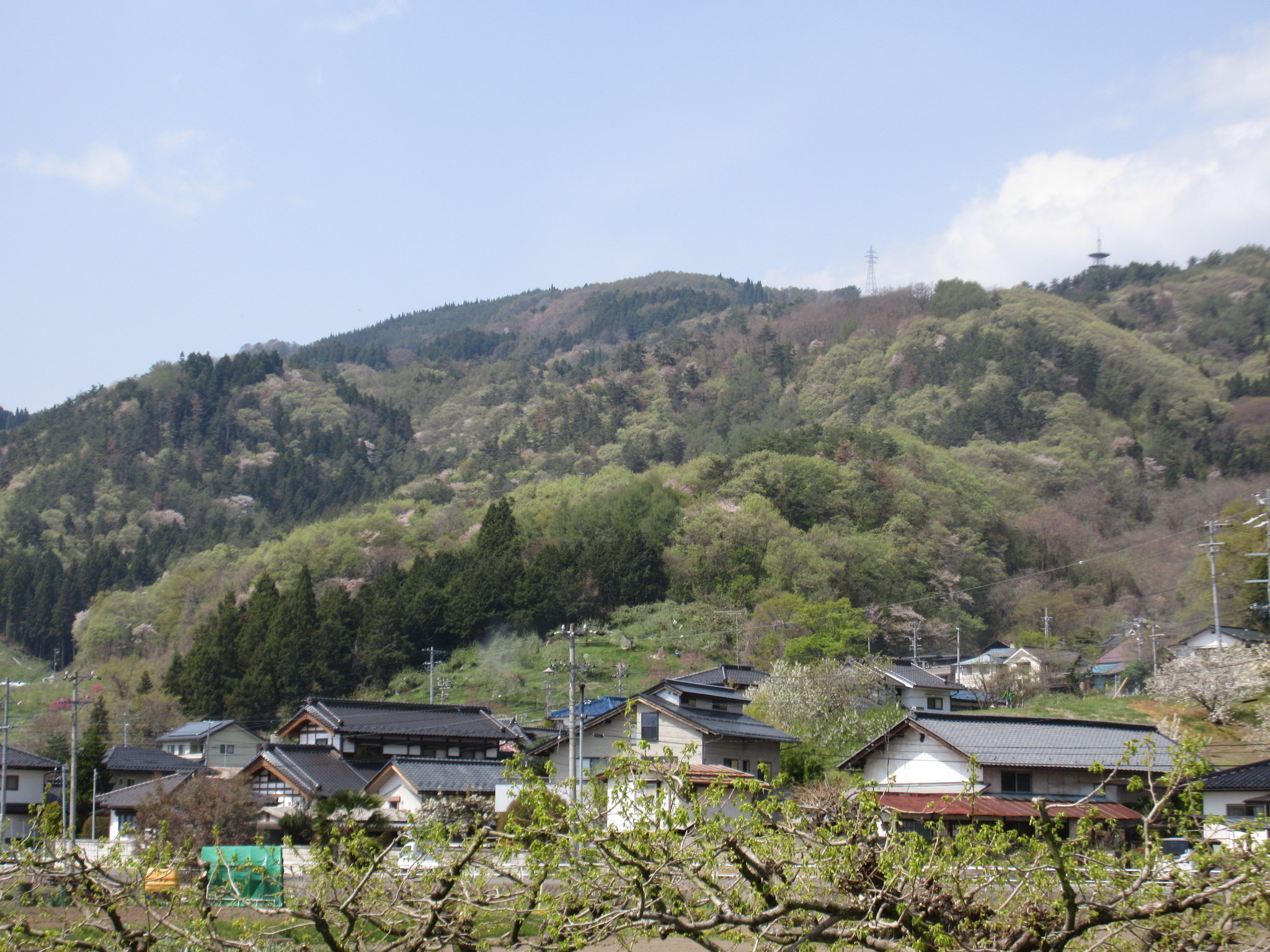 Miyama-toride was extensively excavated - and then it seems shortly thereafter destroyed - in 1989. Some old pictures from this time I found attached to excavation reports. They show that the fort, which functioned as a look-out and fortified beacon tower for Shiozakijō, the main castle of the Shiozaki Clan and later an important castle for Takeda Shingen during the Kawanakajima Campaign, had a circular layout of dorui (earthen ramparts) neatly sculpted from the peak. To the rear where the ridge connected to the mountain chain a large trench was dug. Old photographs show the mount denuded of grass and so the fort's form is clearly seen. Evidence of excavation is also apparent. In some pictures parts of the ramparts have already been bisected or cleared. On the plainside beneath the shukuruwa (main bailey), terracing of the slope can be seen. As I say, all of these features were obliterated by (re-)development.

I set out planning to go on a four hour plus hiking circuit covering many fortification sites in Obuse. But during the train ride there I noticed something terrible: I wasn't wearing my hiking boots. I was wearing completely inappropriate footwear. It's like I always forget one thing, but forgetting my boots is pretty devestating - and embarassing. Embarking upon a 500m high climb and massive hike without proper footwear was simply out of the question. It was too late to turn back in any reasonable time so instead I got off on a whim at Inariyama to investigate a very minor site. This site was Miyama-toride. It's a satellite fort of Shiozakijō, which I've already explored, and so I thought I should visit just for the sake of completion.

Since the mountain wasn't too big I was able to get up in my casual footwear. I actually overshot the site, assuming it to be from what I'd read online on the peak to the north of Shiozakijō, but in fact the fort was located somewhat lower down. The taller peak had evidence of a barn or something being there, and the mountainside was terraced with ishigaki made up of large stone blocks. These weren't castle ruins, and the piling method was dubious. Since there were no fort ruins I wondered if they'd been destroyed, which I suspected was the case because I couldn't find any recent pictures of them online. I had a set of co-ordinates but I had been unable to confirm their accuracy. Another set I found through 'official channels' were actually wrong.

Subsequently I have confirmed the location of Miyama-toride through the cross-referencing of materials. And, regrettably, I can report that the fort site is now utterly destroyed, and in its place there is a solar panel array. This array has eaten into the mountain itself. From the plain below it's hidden, being in a carved out section of the ridge, and so I initially had doubts as to this being the site of the fort, but alas...

The site of Miyama-toride is now unrecognisable. As for the 'solar park' we see today, I don't know when it was built, so it may be that the fort ruins were destroyed to make way for something else first. It is merciful that the array cannot be seen from below. Still, I was very unhappy with the situation. Solar panels have their place. Some homes can use them and they can be used to generate electricity off-grid, but they are not a viable alternative to other power sources, nor can they be. It is deeply concerning then to see them popping up and engulfing Japan's mountains and countryside.

Retrieved from "http://jcastle.info/smw2021/index.php?title=Shiozaki_Miyama_Fort&oldid=58557"
Category:
This page was last edited on 18 November 2022, at 03:48.
Content is available under Creative Commons Attribution-NonCommercial-ShareAlike unless otherwise noted.
About Jcastle.info
Contact Jcastle.info