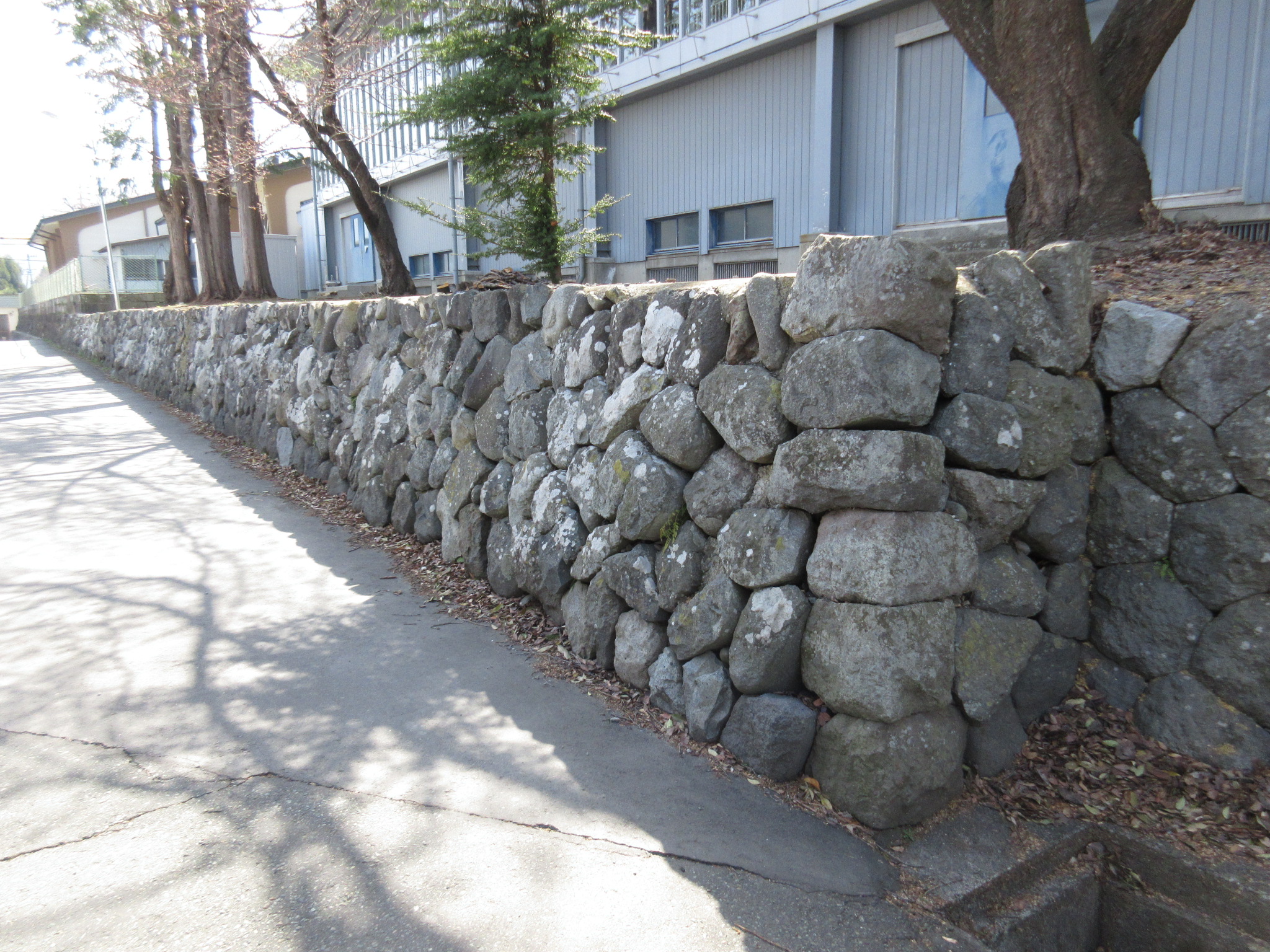 Suzaka-jin'ya was founded either by Hori Naoshige in 1615 or by Hori Naomasu in 1617. Hori Naoshige, son of Hori Naomasa, had served Tokugawa Hidetada and was rewarded for his services during the Ôsaka Campaign with increased territory in Shinano, but he died in 1616 and so his son, Naomasu, took over leadership of the clan. Suzaka-jin'ya was the centre of a fiefdom worth between 10,000 and 15,000 koku. The Hori Clan ruled Suzaka until the Meiji period. The jin'ya was converted into Okuda Shrine in the Meiji period; Okuda had been the original name of Hori Naomasa.

There are many minor jin'ya sites which were simply scattered to the winds after the fall of the Shogunate, but some buildings survived, and the Suzaka-jin'ya is an example of a jin'ya with several surviving structures. Jin'ya were more practical than castles for the new order of things, and into the Meiji period their buildings could be repurposed unlike large castle towers. Suzaka-jin'ya has a surviving shōrō (bell tower), ishigaki (stone-piled ramparts), and a relocated nagayamon (gatehouse) which is now part of a local saké brewery. Suzaka-jin'ya is now the site of Okuda Shrine and Suzaka Elementary School. The ishigaki can be found on the north side of the school, and the shōrō is at the shrine.

There is also part of a building, a large gable, displayed outside of the local history museum. A tag on Googlemaps, which is not an authoratative source, labels this as the Relocated Suzaka Domain Shoin Genkan (parlour to drawing room), but the sign next to it calls it the gable of the 'tsumesho (詰所)', which would be a guardroom or place for retainers of the lord to gather. I asked in the museum to resolve the issue. A lady in her forties had no idea and called upon a man in his sixties. I thought he might know his stuff. But he had no idea and went to call on someone else. I thought 'this is it, some grizzled old nonagenarian wizard who has lived here all his life will come and settle it', and so was quite surprised when a young lady who looked fresh out of school came out wearing the jacket of a municipal worker. Well, the young commissar was also unfamilair with the so-called 'shoin'. Perhaps it relates to oral tradition; the structure was previously used at the Endō brewery before beig relocated to the museum, and it may be that the brewers simply referred to it as a shoin because that sounds fancy, usually referring to the central part of the palatial residence and workspace of a feudal lord. I joked to the museum staff that they should leave a review on Googlemaps to clear up the matter. The museum also has the onigawara (gable finial on a temple roof) of an old temple by the main entrance. The tsumesho genkan is around the side, facing the park.

Retrieved from "http://jcastle.info/smw2021/index.php?title=Suzaka_Jin%27ya&oldid=53191"
Category:
This page was last edited on 2 June 2022, at 11:47.
Content is available under Creative Commons Attribution-NonCommercial-ShareAlike unless otherwise noted.
About Jcastle.info
Contact Jcastle.info