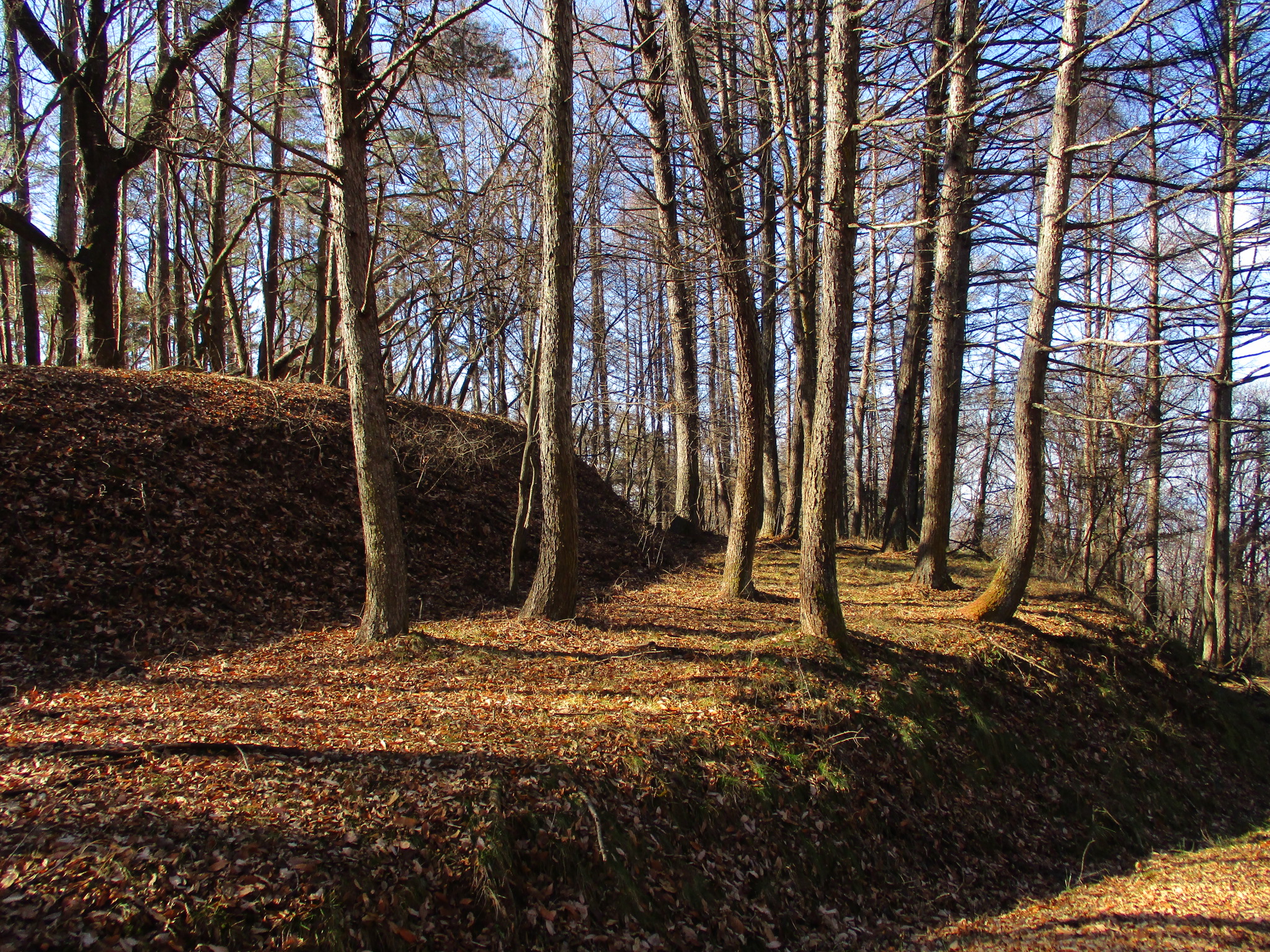 Taguchijō was originally built by the Taguchi Clan in the Kamakura period who were defeated by the Takeda Clan in 1540. Takeda Shingen appointed Oyamada of Dewa as castellan. Following Takeda Shingen's loss to Murakami Yoshikiyo and retreat, however, Taguchi Naganō attempted to re-take the castle in the confusion but failed. In reprisal Takeda forces committed many massacres against the people of Saku, and the bloodbath included a party where 3,000 severed heads were displayed at Shigajō. Apparently Takeda Shingen is unpopular in Saku to this day.

Takeda Shingen therafter appointed Aiki Tokie, who had surrendered to him during the invasion of Saku, as castellan of Taguchijō. After the fall of the Takeda Clan, Yoda Notomori of the Aiki Clan took over the castle under the banner of the Hōjō, but Yoda Nobushige, fighting on the Tokugawa side in the Tenshōjingo War, ousted him. Nobushige conquered much of Saku within half a year but within two months of his capture of Taguchijō he would die in battle.

The views of Tatsuokajō from Taguchijō are excellent, and Taguchijō is mostly known by way of association with its famous neighbour below, but in truth Taguchijō is a phenomenal in its own right. I had intended to climb up to Taguchijō from Banshōji the last time I visited Tatsuokajō, but the trail behind the temple was closed. Even before one arrives at the viewing platform for Tatsuokajō many baileys of the castle are evident terracing the castle mount.

Taguchijō has an incredible array of natural defence in the form of a wall of sheer rock which straddles the upper slope of the castle mount. This natural great wall runs all the way up from the terminus of the ridge on the plain. Most of this south-facing side of the mountain is impossible to climb because of these cliffs except for where a trail winds up between a gap in them. I briefly came down at the rear of the castle to get a look at a portion of these looming cliffs. Many parts jut out, and it wouldn't even be reasonable to try and climb them with hooks, ropes or ladders.

Taguchijō's structure or layout is of a type I may call 'baileys everywhere', an uncountable jumble of baileys terracing the mountain at various angles and intersections. The castle structure is built up most extensively to the south where it overlooks the lethal cliff line. There is a central area and related enclosures, as well as significant portions to the east and west. Beneath these, northward, are many more baileys, with a prominent block to the north of the main area.

Features of Taguchijō include karabori (dry moats), kuruwa (baileys) and ishigaki (stone-piled ramparts). The site hosts a 'Mountain Castle and Nature Research Club' house, and there is a forest road which leads up to it. The road leads one straight to the viewing platform for Tatsuokajō. To the right side of this road is the nishinokuruwa (western bailey) and related baileys. The two central baileys, the shukuruwa (main bailey) and ninokuruwa (second bailey), are separated by elevation and both are surrounded by a large obikuruwa (ring bailey). To the east of here is a large karabori, with terraced baileys to the north and the cliff side to the south. To the east of the karabori are more ruins but this area is more overgrown and harder to scope-out. Ishigaki segments can be found throughout the whole site, and the central enclosures have prominent remains.

The castle's northwestern precincts are made up of a series of jumbled terraces. I got the impression that this area may have been altered in later times to facilitate agriculture. Master Yogo speculates that the mountainside was used to grow potatoes in the desperate times at the end of and after the war. Taguchijō's layered history and confusing layout complicate matters, but one is nonetheless unmistaken in appreciating here a huge citadel of earthworks and piled stone. The preservation is in a good state in general, and the impression of a mighty stronghold becomes clearer toward the core of the castle. In the outer areas this impression waxes and wanes with insensible gradations.

Retrieved from "http://jcastle.info/smw2021/index.php?title=Taguchi_Castle&oldid=53100"
Category:
This page was last edited on 27 May 2022, at 11:11.
Content is available under Creative Commons Attribution-NonCommercial-ShareAlike unless otherwise noted.
About Jcastle.info
Contact Jcastle.info