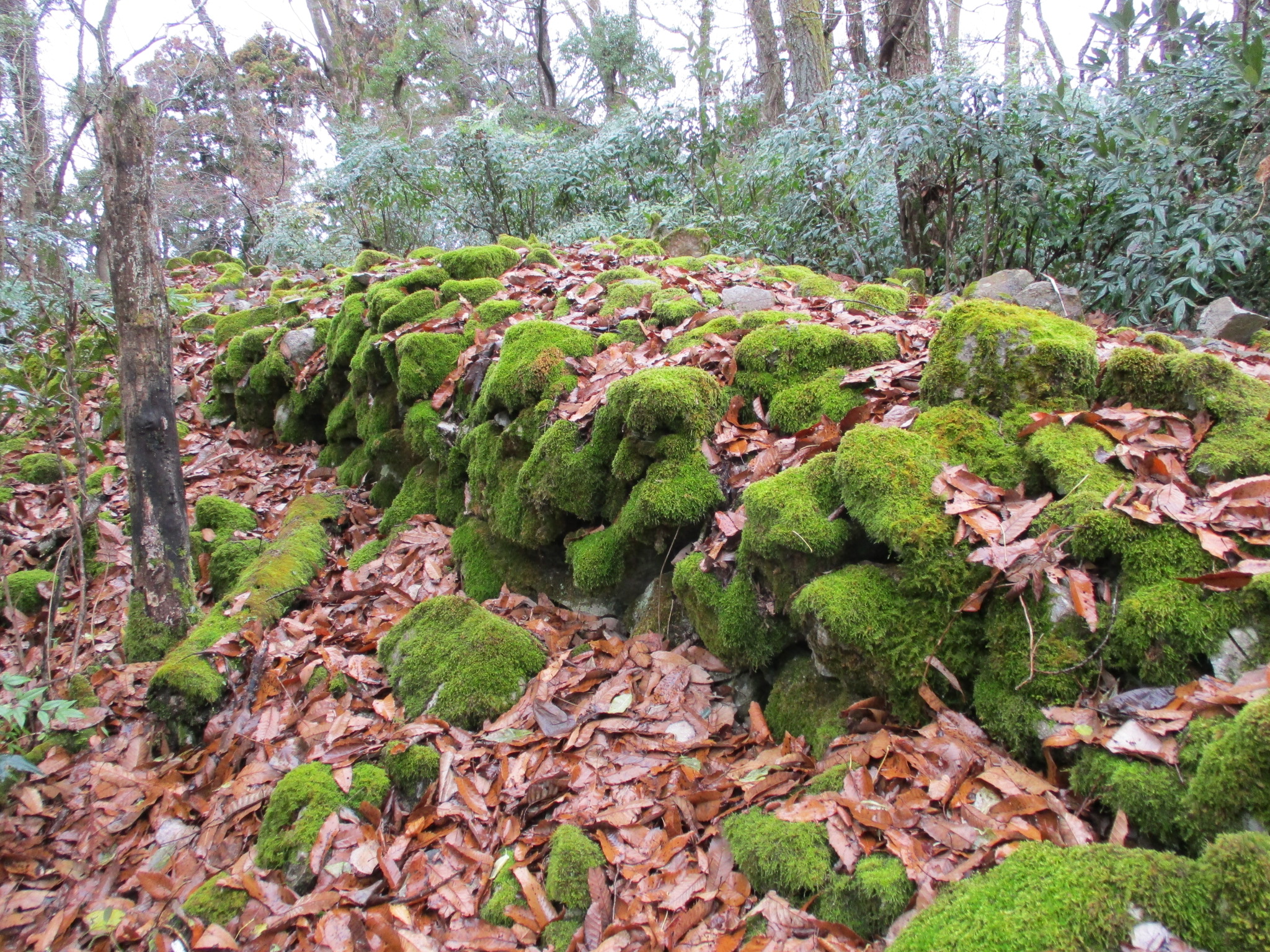 One of the more popular theories about Tawadajō is that it was built by the Emperor Tenji before he died as a precaution against Prince Ôama, his brother, who he had initially designated as his successor before deciding instead to nominate his own son, Prince Ôtomo. When Emperor Tenji died this led to a succession dispute and war, the Jinshin War, between the factions backing each of the princely candidates for the throne. Prince Ôtomo became Emperor Kōbun, but he was defeated after several months by Prince Ôama who became the Emperor Tenmu. Tawadajō overlooks the site of the battle of Okinaga-Yokokawa where the forces of Emperor Kōbun were defeated by Prince Ôama. The Nihon-shoki mentions the battle and the war surrounding routes through Ōmi. It is thought that the Okinaga Clan may have been responsible for defending Tawadajō. At that time the imperial capital was at Ôtsu, founded by Emperor Tenji (Prince Ôama destroyed Ôtsu and as Emperor Tenmu put the capital back in Asuka). Tawadajō is on a mountain along the Nakasendō leading from Ōmi to Mino; it would make strategic sense to have a large stronghold here to protect Ôtsu from the east, and it is known that a lot of fighting took place in this vicinity, so I think this theory has merit.

Tawadajō is an ancient castle ruin shrouded in the mystery of intervening eons. Its most salient feature is its stone-piled ramparts thought to be well over a millennium old. The site can be divided into three parts centred around three peaks of Kabutoyama which together enclose Tawada Village below in a horse shoe shape. The most important site and the one chiefly addressed in this article is the middle peak. Tawadajō, especially the middle site, is also referred to as the Samegai-kōgoishi, but I was not aware that any such kōgoishi sites existed this far east, most being found in Kyūshū. Kōgoishi, meaning “stones of divine protection”, are Asuka period fortified sites with ishigaki of mysterious origins, perhaps related to Chōsen-shiki koyamajiro (ancient Korean-style fortresses built on mountains in Japan). Although I've not much experience with Chōsen-shiki yamajiro, having only been to Ônojō, it seems to me that the structures at Tawada are quite different from those, and yet also very different from typical medieval forts.

The middle peak remains run 153m north-south and 55m east-west. These stone-piled walls differ significantly from later ishigaki in their construction. Climbing segments of nobori-ishigaki also divide the mountainside into defensible areas, strongly suggesting a calculated fortification in this humble explorer’s opinion. Although most agree this is a castle site, it is admittedly not known beyond a doubt, and various theories have been posited, including that the site was a walled hamlet, a settlement of mysterious foreigners, a religious site, a Korean-style citadel, an Imperial stronghold of classical Japan, and even a mere signal tower of the warring states period (and having been to several of those I'm very surprised at such a claim; plus the view of Lake Biwa from the mount is obstructed).

Retrieved from "http://jcastle.info/smw2021/index.php?title=Tawada_Castle&oldid=50793"
Category:
This page was last edited on 27 January 2022, at 16:50.
Content is available under Creative Commons Attribution-NonCommercial-ShareAlike unless otherwise noted.
About Jcastle.info
Contact Jcastle.info