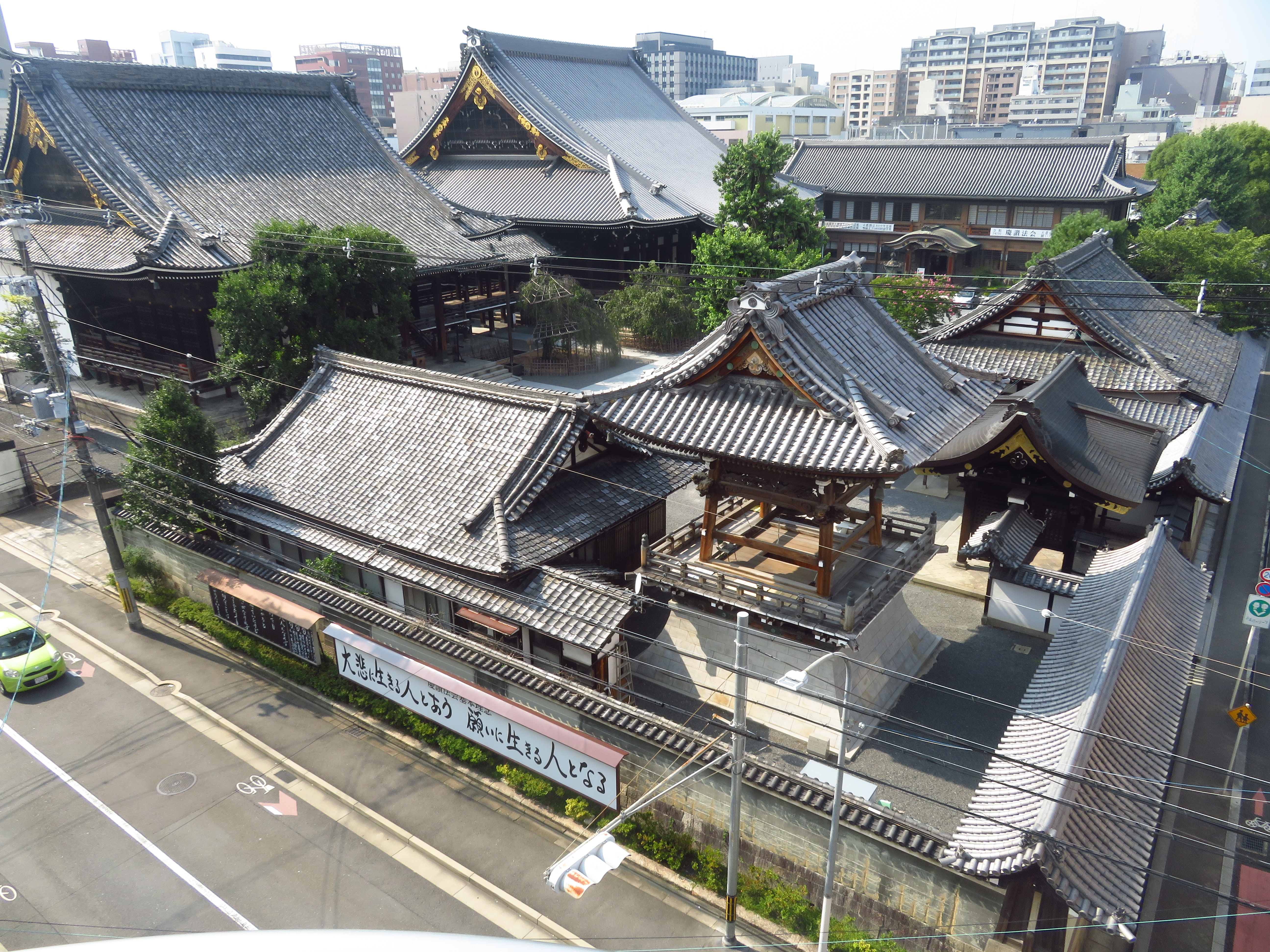 Toyotomi Hideyoshi built Ryūgajō as a detached palace of Jurakudai sometime around 1586 or earlier. The temple Bukkōji, which now stands on the site, records being relocated here in 1586, but this would seem to be a contradiction given that Ryūgajō was built here at basically the same time. Bukkōji had been relocated to make way for Hōkōji, the temple housing Hideyoshi's gift to Kyōto, the giant Buddha Statue, in 1586. By the way, nails used during the construction of the Great Buddha Hall were sourced from the melted down swords and other weapons collected during Hideyoshi's great sword hunt. Also by the way, the site of the Great Buddha is now that of Toyokuni-jinja, from 1870, which honours Toyotomi Hideyoshi. Construction of Hōkōji didn't actually commense until 1588. Jurakudai was demolished in 1595 (and the Great Buddha was destroyed in an earthquake the following year).

So it seems that at some point between 1586 and 1596 as part of the project to construct the Heian Daibutsu, Bukkōji was relocated to the former site of Ryūgajō. Alternatively Bukkōji's records are more accurate and therefore Ryūgajō was built before Jurakudai at some point, though likely not before 1582. Bukkōji itself has a long history of relocation, boom and bust years; it was originally built in Yamashina and rose to challenge Honganji for spiritual supremacy in the capital before eventually being subordinated to it. Ryūgajō, however, it seems was rather short-lived.

In 1992 archaelogical investigations unearthed evidence of a moat running along the north side of Bukkōji. This north-south running moat had been excavated by local townspeople in the Late Sengoku Period, and it is condsidered to be the outer moat of Ryūgajō, which had a rectangular layout. Old rooftiles were also unearthed.

I had some time after Nijōjō so I went to this non-ruin in Shijō, Kyōto, which is the former site of Ryūgajō, a fort built by Toyotomi Hideyoshi. There is nothing to see in terms of castle ruins, unfortunately, and I couldn't even find any marker or explanation board. Half of the site of Ryūgajō is now the temple Bukkōji, so please enjoy my photo of the temple. The back of the temple hall is vaguely reminiscent of something castle-like, perhaps? The most castle-ly thing about the temple is that its surrounded by tall walls and storehouses like an old urban compound residence of the bygone days of yore. The wall at the back of the temple is actually made of brick.

Retrieved from "http://jcastle.info/smw2021/index.php?title=Yamashiro_Ryuuga_Castle&oldid=49255"
Category:
This page was last edited on 27 December 2021, at 07:23.
Content is available under Creative Commons Attribution-NonCommercial-ShareAlike unless otherwise noted.
About Jcastle.info
Contact Jcastle.info